Where to Stream the Ip Man Movies? 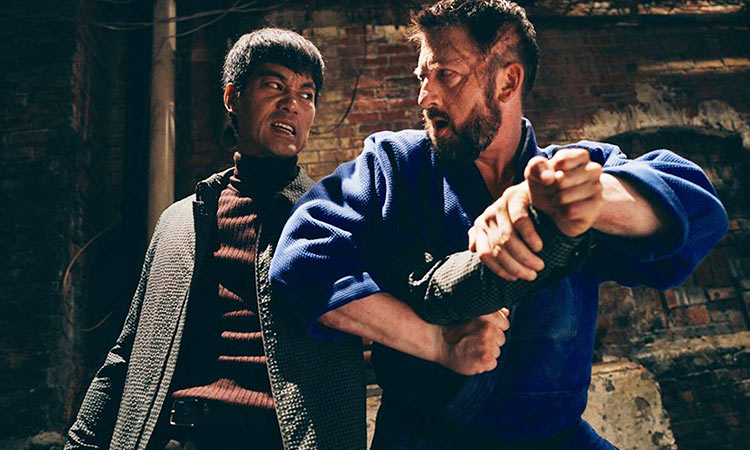 Martial arts movies manage to combine some gripping tales and intense action sequences. One of the most popular franchises to have enjoyed success in the saturated genre is the ‘Ip Man’ films. The Hong Kong-based biographical movies are focused on the life of the eponymous Wing Chun master. There are four ‘Ip Man’ movies in the franchise, and they deal with various issues. While the first film is about survival, the second is grounded in the reality of adaptation and making a living. The third movie is about life itself, and the fourth addresses racial discrimination.

With varied plots, each installment brings something new to the table, and holds the legend of Ip Man wonderfully, together. Naturally, you might be curious about where to stream the films. We have you covered here, but first, let us walk you through the film’s plot.

What are the Ip Man Films About?

The ‘Ip Man’ movies follow the eponymous warrior during different periods of his life. Accordingly, the first film is set in the 1930s, and we see Ip’s life in Foshan during the Sino-Japanese war. The next movie moves the story to the 1950s, where our master has shifted to Hong Kong. As he tries to promote his martial arts style there, the film also focuses on the relationship between Ip Man and his most famous disciple, Bruce Lee. The next installment sees the martial arts maestro working alongside a street fighter, learning more about life. Meanwhile, the fourth film sees Ip Man traveling to the US in the 1960s. He works with Bruce Lee to open a Wing Chun school in Seattle.

Are the Ip Man Movies on Netflix?

Netflix has a stellar collection of films and television shows. Subscribers are in luck because you can watch ‘Ip Man,’ ‘Ip Man 2‘, and ‘Ip Man 3‘ on the platform.

Are the Ip Man Movies on Hulu?

Hulu always tries to have an updated library, to stay ahead of competitors. When it comes to martial arts movies, the ‘Ip Man’ franchise is not on the platform. However, you can always check out Quentin Tarantino’s ‘Kill Bill Vol.1‘ and ‘Kill Bill Vol.2.‘ The master filmmaker has been a fan of the genre for a long time, and his movies are a homage to some of the most iconic martial arts films.

Are the Ip Man Movies on Amazon Prime?

Amazon Prime has globally sourced content, which makes its library extremely well-stocked. When it comes to martial arts movies, Prime subscribers cannot view the ‘Ip Man’ films. However, you can check out ‘The 36th Chamber of Shaolin,’ one of the most pathbreaking martial movies ever made. Notably, Prime subscribers can buy and stream ‘Ip Man 4.’ Check it out here.

Where Can I Stream the Ip Man Movies Online?

No subscription to Netflix? No worries. You can still stream the ‘Ip Man’ movies. ‘Ip Man,’ ‘Ip Man 2,’ and ‘Ip Man 3,’ are on Hoopla. You can catch ‘Ip Man 4,’ via VOD services. Head to Vudu or FandangoNow to buy and stream the movie.

Can I Stream the Ip Man Movies Online For Free?

If you’re a freeloader, you’re in luck. Even though you cannot stream ‘Ip Man 4,’ for free, you can catch ‘Ip Man,’ ‘Ip Man 2,’ and ‘Ip Man 3‘ on Netflix. The free trial period should be enough to watch all three films. However, we urge viewers to pay for the art they consume.