Netflix Review: ‘Irmandade’ is a Crime Drama Worth Your Time

Weeks after weeks of sifting through and writing about Netflix films and series, most of which turn out to be rather mediocre, underwhelming affairs as is the infamy of the streaming giant, I consider shows like ‘Brotherhood’, or ‘Irmandade’ as it is called in its native Brazilian, a uniquely rewarding experience. You’d think your hefty Netflix monthly fee bears fruit when a big budget Hollywood film hits Netflix instead of theatres, but it is actually through shows like this that you’d normally not watch that you Netflix membership really works its charm. I will state at the outset that if you are a fan of crime dramas, you should look no further than this one for your pick of the week.

‘Brotherhood’ is many things at once: it is a family drama, an undercover informant or a snitch story, and the story of lives intertwined with crime in the process. There is power play, betrayal, cat and mouse chases, emotional exchanges, shifting loyalties, even a thrilling heist and a daring prison break thrown in the midst of all this too. For some, it might be a problem since none of it bears an exciting kind of novelty, and is a massive potpourri of things and plot points you have seen before separately as entire feature films, popular ones too in this case. For me though, it was rather a delight to know that the show, if at all, borrows from the best. 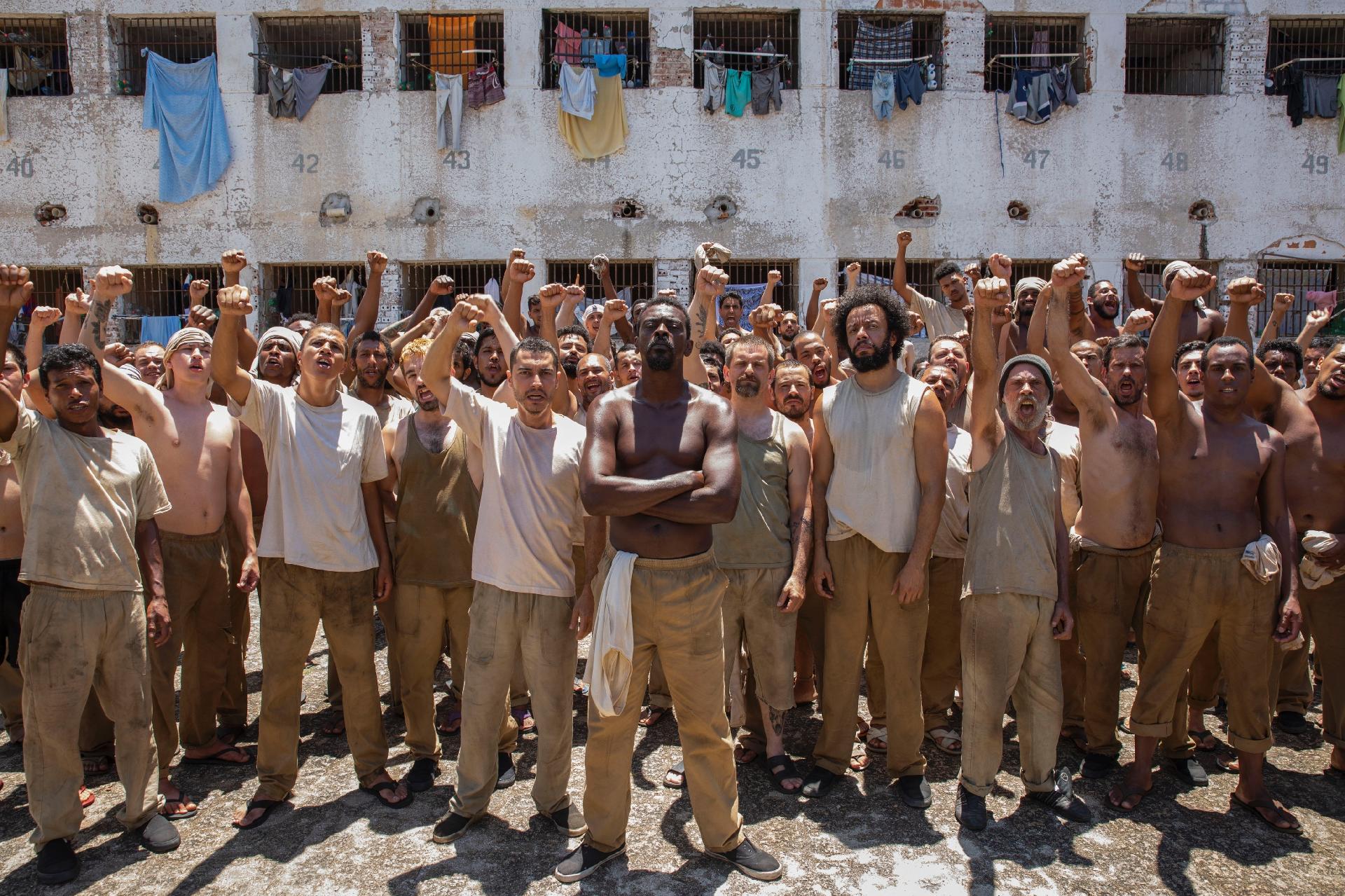 There are moments when you’d be counting where you’d seen a film like that: an informant caught in the crossfire, a young life lured toward and caught up in crime because of his family, a faction of prisoners turning out to be more humane and united than the police governing them, and the show’s elaborate narrative does give those answers out, slowly but surely. You’d think the excellent ‘City of God’ at some point, or even ‘Narcos’, but the show doesn’t boast of the overcoming rawness of the former, nor the giddying scale of the latter. The good news is that through immaculately written characters, the show manages to effectively create its own world in which to tell its story in, without coming off as anything other than inspired reimagining.

‘Brotherhood’ starts off slow, showing the arrest of one Edson Ferreira after his 10 year old sister, Cristina, unwittingly snitches about his possession of drugs, causing their father to abandon Edson and letting the police take him away after brutally beating him up. 20 years later, Edson is the leader of a criminal faction within the prison called ‘Brotherhood’ or ‘Irmandade’, and has a founding partner who escaped jail a year ago, handle operations from the outside.

Together, the Brotherhood’s agenda is to have equal rights as everybody and humane treatment inside the prison. Cristina is now a lawyer working at the ADA’s office when she comes across his file, and upon learning of the brutal treatment dished out to his brother, she crosses a legal line into getting him out. Her bluff is caught near immediately, and she is sent by the police to infiltrate Edson’s gang as his lawyer, in order to ascertain the location of the other founding partner, Scavenger, and putting an end to the faction from within, in exchange for amnesty and her normal life back. Cristina begins working closely from within the faction, until long before they realise there is a rat amongst their middle, and how Cristina manages to navigate her way through this forms the rest of the story.

One of the show’s many defining and differentiating strengths is its embrace of Brazilian culture and life. The production design is of course authentic, and a period centric one, all the more. But I am talking about the music, the themes of “familia” within nearly every episode, and the Brazilians’ love of football. In fact, in a fantastically written sequence somewhere in the sixth episode, the criminals’ escape plan is centred around Brazil celebrating the nation’s fourth consecutive victory at the football World Cup. It is ingenious writing like this, rare and far spread out over the course of the show’s dense narrative as it may be, that helps ‘Brotherhood’ have its own voice, and a strong one at that.

The second of those strengths is the performances, uniformly great throughout, particularly those of Seu Jorge as Edson and Naruna Costa as Cristina. The two as the inadvertent siblings are fierce, emotional in all the right places and incredibly suited to their roles. Some among the extensive supporting cast make their mark too, but it is these two that shoulder the story along, particularly Cristina’s character whose story this show essentially is, even while Edson is absent from the screen for long stretches, locked away in solitary confinement.

The show starts off slow, and like most crime dramas, there is a relative period of lull somewhere near the middle, but thankfully enough, it picks up quickly and trudges along to its next major plot point. Technically too, its near spotless. None of the gunfights or struggles are clumsy, and that is a welcome relief coming from Netflix. Other than the finale which I thought was anti climactic, I’d say that this Brazilian crime drama is definitely worth your time.