Iron Resurrection S04 E04: When and Where to Watch? 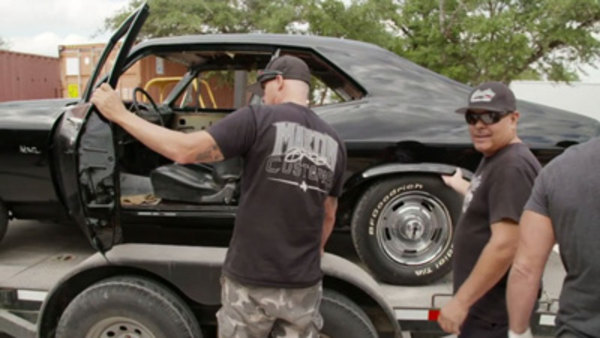 ‘Iron Resurrection‘ is currently on Season 4, and the show continues to remain a favorite among those who love vehicles. After all, the team on this show ensures that every vehicle gets another chance to shine, by breathing new life into them. The challenges make the show interesting and entertaining at the same time.

Although the new season has gone through some cast changes, the challenges have been nail-biting. Most recently, we have seen the team struggle to fit a large ex-NFL player in a 1967 Chevy C10. Naturally, you might be wondering about what goes down in the latest episode.

We are here to tell you that, and take you through when and where you can watch the upcoming episode of ‘Iron Ressurection’.

The upcoming episode of ‘Iron Ressurection’ is titled “Nova Overload”. Oftentimes, we bite off more than we can chew, overestimating our own resources and abilities. As a result, we are faced with situations where we have to go the extra mile to reach the target. In this episode, Shag and Amanda make this mistake, as they get a ’65 Chevy II Nova at a steal deal.

However, when the team digs in, they run into a gamut of problems. These include rust and rat nests. They decide that the entire build needs an overhaul, which is when they realize that this might be one of the toughest challenges they have undertaken.

The third episode is titled “Tricked Out Trike”. We meet Joe, who is known all over the world for building stylish motorcycles. However, just as every artist pushes themselves, Joe puts his engineering skills on the line, by trying to build a monster trike that looks like something one would see on the set of ‘Mad Max‘.

Undoubtedly, combining his skills and vision, Joe proves once again why vehicle lovers keep coming back to ‘Iron Ressurection’. It is because the team is always pushing the limits when it comes to vehicle modifications.