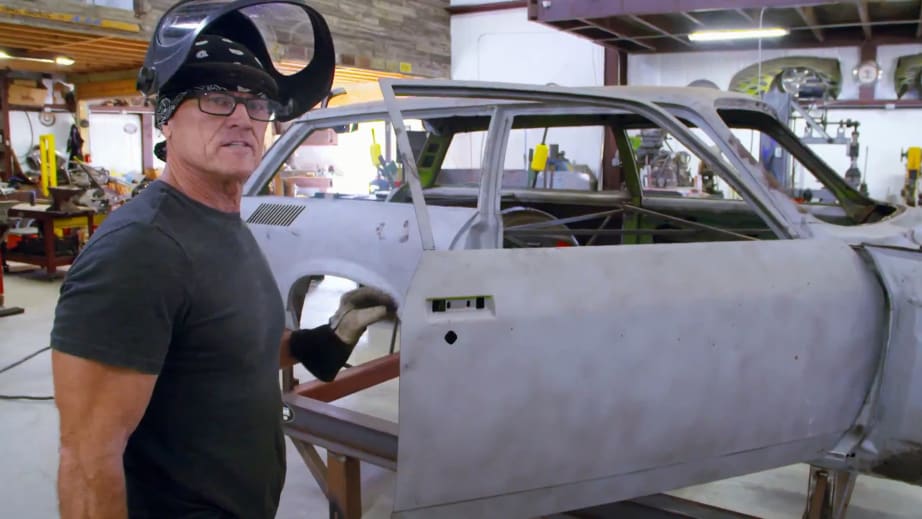 Motor Trend Network’s ‘Iron Resurrection’ is a reality tv series that chronicles the buzz of activities at Martin Bros Customs in Texas Hill City. What happens here is, customers bring in their old or damaged vehicles and the crew fixes it up. Muscle cars, metal, and a team of expert mechanics breathe new life into junk.

Iron Resurrection has all the ingredients that make it the perfect show for auto enthusiasts. Hence, it is not a surprise that the series has spanned four incredible seasons to date. But does that mean there will be another outing of the reality drama? Will there be an ‘Iron Resurrection’ season 5 and if yes, when will it release. Let’s find out.

Iron Resurrection Season 5 Release Date: When Will It Premiere?

As far as the next season goes, here’s what we know. Motor Trend has not made an official announcement about the future of the show. But series has been a consistent performer for the network, which reaches more than 85 million homes in the US. Therefore, the show has a strong potential to be recommissioned for another season. If renewed, we expect Iron Resurrection season 5 to release sometime in February 2021.

Iron Resurrection Season 5 Cast: Who Can Be In It?

The cast of Iron Resurrection is led by Joe and Jason Martin, the brothers and owners of Martin Bros. Joining them is Joe’s wife Amanda, and his best friend Shag. While Joe is a mechanical master and the winner of Discovery Channel’s ‘Biker Build-Off’, Amanda and Shag help him in discovering long-discarded, unused junk that holds the potential of being transformed into dollar-generating gems.

The fans were shocked to find out at the start of season 4 that Manny, Pompa, Cato, and Shorty have left the show. One of the fans received a response from the show about why Shorty and Cato are not part of the cast. It appears they both left due to family concerns, and have not departed due to disagreements with other members.

Since Shorty is a new grandfather, he wants to spend more time with his family. Thus, he plans on focusing on business and customers in Dallas. Cato, meanwhile, has decided to let his reality television career take a break since his wife has gotten a new job opportunity. He has relocated to Atlanta, Georgia, with his family, and Cato Custom Upholstery has moved to Georgia’s Fuller Moto shop.

What Can Iron Resurrection Season 5 Be About?

Iron Resurrection is a reality series that focuses on Martin Bros Customs, a car shop in Texas Hill Country that has built a strong reputation for itself over the years. Joe and Jason Martin are so popular because of their uncanny ability to overhaul even the most irredeemable vehicles. What’s more? They don’t only repair the automobiles but also add their signature tweaks to make the cars look shinier and jazzier.

Season four of Iron Resurrection continues to follow the brothers, Shag, and Amanda as they tackle multiple challenges to keep the business running. The team works hard to market their car revamping prowess and the show does a remarkable job in promoting their goal. Season 5, as and when it happens, will embrace the same concept and will revolve around the crew at Martin Bros as they renovate cars and bring them from point A to point B.

The series is a must-watch for anyone who loves to see the details that go behind the mechanics of car overhauls. Moreover, the immense passion and enthusiasm among the members at the garage is another factor that makes Iron Resurrection such a fascinating show.