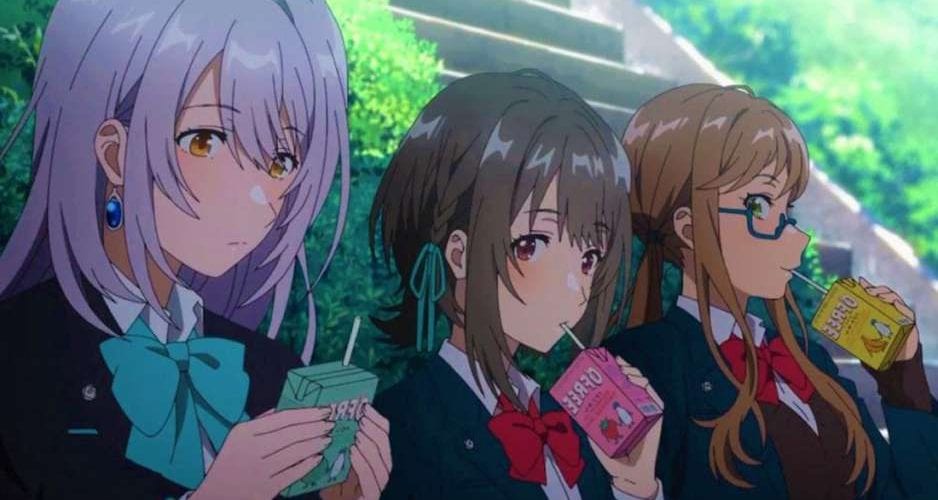 Iroduku: The World in Colors (also known as Irozuku Sekai no Ashita kara in Japanese) is a time travel / fantasy anime television series produced by animation studio P.A.Works. Written by Yuuko Kakihara and directed by Toshiya Shinohara, Season 1 of Iroduku: The World in Colors first made its way to viewers’ screens on October 6, 2018. It was received pretty well in Japan and internationally, and since then, fans have been waiting to hear news on a second season. Here’s everything we know about the prospects of Season 2 thus far.

Iroduku: The World in Colors Season 2 Release Date: When will it premiere?

Iroduku: The World in Colors season 1, consisting of 13 episodes, premiered on October 6, 2018 and ran till December 29 of the same year. In spite of it enjoying a fair amount of popularity in both Japan and other countries, a second season has not been confirmed yet.

For those who like watching anime shows in English, the bad news is that Iroduku: The World in Colors has not received an English dub yet. However, the original Japanese version has been praised for its talented cast, and you can watch the show in Japanese with English subtitles on Amazon Prime Video.

Iroduku: The World in Colors Plot:

Iroduku: The World in Colors is set in the city of Nagasaki in Japan, and the show starts off in the year 2078.

Unable to see her granddaughter suffer anymore, Hitomi’s grandmother, Kohaku, conjures a spell for which she had harnessed moonlight for 60 long years. Using the spell, Kohaku sends Hitomi back to the year 2018, when she herself was in high school.

After a trip back in time on a train driven by a strange yellow creature, Hitomi arrives in 2018, and finds herself in stoic artist Yuito Aoi’s room. As Yuito’s vivid paintings bring color back into Hitomi’s world, she starts interacting with her 17-year-old grandmother and her friends. While Hitomi is unsure what her purpose is in 2018, she grows as a person as she interacts with her grandmother and her friends, and the show follows Hitomi’s growth in this world full of color.

Iroduku: The World in Colors Characters:

While Iroduku: The World in Colors has a limited number of characters, most of them play an important part in the plot. Below, we’ve provided you with brief backgrounds on the important characters in the show.

Hitomi Tsukishiro: One of the three main characters in the show, Hitomi is a colorblind girl who is the descendant of a powerful family of witches. In spite of possessing magical abilities, Hitomi is shown to be someone who despises magic. In 2078, when Hitomi is a young adult, she finds that she has no sense of color, having lost many people who were close to her. With Hitomi’s world looking bleaker by the day, her grandmother, the great witch Kohaku, conjures a spell to send her back in time so that she can rediscover the meaning of life. As a result, Hitomi takes a trip back in time and ends up in the year 2018. In 2018, she meets her 17-year-old grandmother and her group of friends, and slowly rediscovers the meaning of life and love as she makes new friends and falls in love with an artist called Yuito.

Kohaku Tsukishiro: Another main character in the show, Kohaku is Hitomi’s grandmother and a powerful witch. After harnessing moonlight for 60 long years, she sends Hitomi back in time to 2018 so that she can rediscover the meaning of life. When Hitomi arrives in 2018, Kohaku is initially not around as she is abroad on a trip. However, Kohaku returns soon, and helps Hitomi join the art and photography club in her school. The 17-year-old Kohaku is quite different from her older self and is a troublemaker in school. Owing to her magical abilities, Kohaku is always experimenting with magic in school. Although her use of magic results in a fear of magic developing among her classmates, Kohaku is shown to be a benevolent witch who uses her magical powers only to make other people happy.

Yuito Aoi: The third and final main character in the show, Yuito is a classmate of Kohaku and a member of the art and photography club in her school. Despite being a stoic artist, Yuito produces excellent pieces of art, and for some reason, Hitomi can see colors in his paintings. Yuito also finds himself similar to Hitomi insofar that they’re both introverts and quite reserved. Over the course of the show, Yuito falls in love with Hitomi and helps her get back to her own time after she discovers the meaning of life and love.

Kurumi Kawai: Although not a main character in the show, Kurumi is nonetheless important to its plot. She is the vice-president of the art and photography club in Kohaku’s school and is a fun-loving and cheerful girl. However, she caused a major controversy when she filmed a video of Hitomi leaving Yuito’s room and uploaded it on social media. She insinuated that Hitomi was in a relationship with Yuito or that he might have tried to force himself on her.

Shō Yamabuki: The president of the art and photography club, Shō is famous for taking brilliant grayscale photographs. Skeptical about Kurumi’s claims about Hitomi, he was the first one to point out that Hitomi looked lost and out of place in 2018. Shō eventually falls in love with Hitomi and confesses, but gets rejected. However, he takes the rejection well and continues to support her and be her friend.