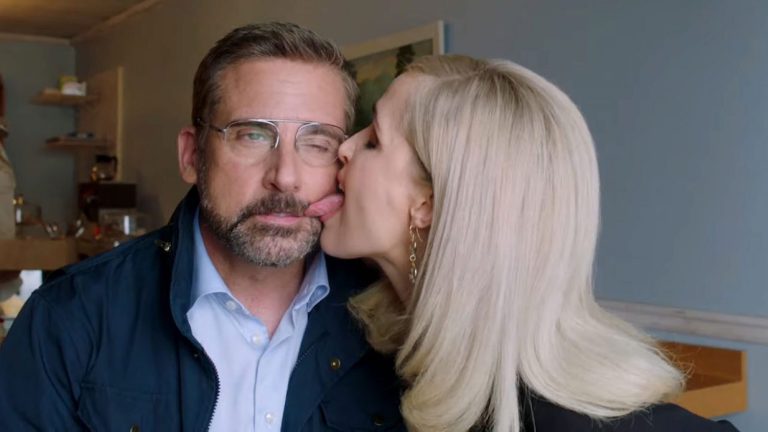 ‘Irresistible’ is a political comedy that follows a Democratic strategist who tries to help a local candidate to win an election in a small right-wing town. The political consultant teams up with a retired Marine colonel who plans to run for mayor. Critics have had a mixed reception of the film, with some praising how it unfolds, while others feel it is a little behind the curve. So, you might be wondering where you can stream the movie online. We’ll tell you that right after we walk you through the plot.

What is Irresistible About?

The Democratic National Committee’s top strategist is impressed when he sees a retired Marine colonel standing up for the rights of undocumented workers in his small town in Wisconsin. As the ex-serviceman tries to run for mayor in the right-wing town, the strategist believes he has found the key to winning back the Heartland. However, when the Republican party sends this man’s nemesis, who’s a brilliant strategist herself, the battle quickly escalates as both parties fight for America’s soul.

Is Irresistible on Netflix?

Netflix has a fantastic collection of films and shows that can cater to a wide range of tastes. It sets the platform apart from competitors. Unfortunately, ‘Irresistible’ is not on Netflix but you can check out ‘The Interview,’ which is a hilarious take of two guys getting a sitdown with the North Korean dictator, only to try and assassinate him. However, they are in for a shock of their lives when they meet him in person.

Is Irresistible on Hulu?

Hulu stays ahead of the competition by making smart additions to the platform, so viewers never walk away unsatisfied. ‘Irresistible’ is not on the platform, but you can check out ‘Dave‘ which is a funny take on a guy who is the spitting image of the distant president of the United States. When the leader tragically passes away, the titular character who was posing as his body double for a while finds himself stuck in the role.

Is Irresistible on Amazon Prime?

Amazon Prime has a fabulous collection of films and shows which are sourced globally from all around the world. ‘Irresistible’ is not available for Prime subscribers, unfortunately, but you can check out ‘Downfall‘ which is a fantastic take on the final days of Hitler’s rule. Although not a political comedy, Bruno Ganz’s speeches as Hitler have since then been appropriated for humorous reasons in mainstream culture.

Where Can I Stream Irresistible Online?

Since ‘Irresistible’ is available on VOD services, you can watch it online after you acquire it. Head over to Google Play, FandangoNow, or Vudu.

Can I Stream Irresistible Online For Free?

Sorry, but there is no way to stream ‘Irresistible’ for free at the moment. You have to wait until it arrives on a platform with a trial period. However, we urge all our readers to pay for the art they consume.