Is 4 Blocks Based On a True Story? 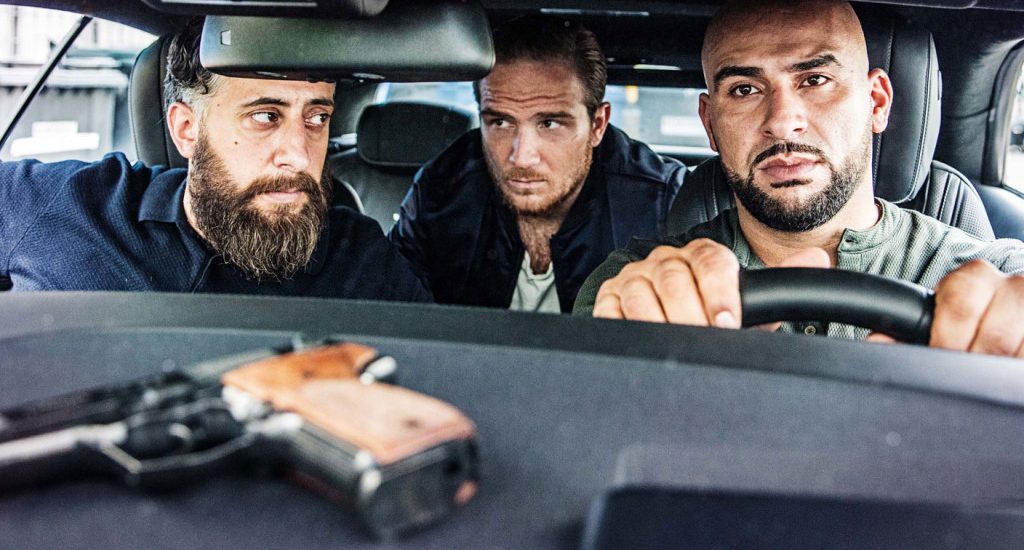 ‘4 Blocks‘ is a German television series that showcases the story of the Hamady Crime family based in the Neukolln borough of Berlin. The story is told from the perspective of the family members about their lives in the drug trade. The Hamady family is at constant loggerheads with their rivals for absolute control over their trade. The patriarch of the Hamady family, Ali ‘Toni’ Hamady (Kida Khodr Ramadan), has coincidentally spent a considerable portion of his life in the Neukolln borough itself. The crime families are of Lebanese-German descent, and the show creates a world true to their roots.

One of the most successful German series of current times, ‘4 Blocks,’ first premiered on May 8, 2017. Fans and critics praised the series for its gritty and realistic portrayals of immigrant mobsters of Germany. Drawing parallels with ‘The Sopranos’ and ‘Gomorrah,’ ‘4 Blocks’ is a binge-worthy crime drama. If the authentic portrayals of the German underworld made you wonder whether it is based on a true story, here is what we have in store for you!

Is 4 Blocks Based on a True Story?

No, ‘4 Blocks’ is not based on a true story, but some aspects of the show are inspired by true events of the Neukolln borough of Germany. Executive producer Quirin Berg read an article about the crimes occurring in Neukolln and how it slowly transformed into a no-go zone – called four blocks – for the law enforcement officials. Inspired by this piece of information, Berg dug deep and gathered a plethora of details about the Arabic diaspora of Neukolln borough.

Berg wanted to create a story that was true to its origin and show a life of Berlin different from its mainstream depiction of a glamorous city. ‘4 Blocks’ is extensively shot in Neukolln and other parts of the borough. It shows an unknown side of Berlin life, which enticed international fans into delving deep into the story.

Much like Matteo Garrone’s 2018 film ‘Dogman’ that explores the underbelly of Italy, ‘4 Blocks’ takes us into unchartered waters. To balance reality and fiction, Quirin Berg spoke to the local folks and did some solid ground survey of Neukolln. Writers Hanno Hackfort, Bob Konrad, and Richard Kropf researched legal documents and even interviewed police officials, attorneys, and other district authorities. They moved away from the formulaic depiction of the mafia as they wanted to tell the story from the characters’ perspectives.

In an interview with Drama Quarterly, Berg says, “It was all about treating people with respect and not judging them. We tried to really get a survey on what’s beneath the surface. For us, it was not about the typical clichés of gangster life. It was more about the question of who are the people behind it, their family and their relationships.”

Directors Marvin Kren (season one) and Oscar Hirschbiegel, lodged themselves in Neukolln, interacted with the local populace, and gathered requisite information to consolidate their vision for the show. They wanted to create an authentic depiction of the lives of the characters. The additional cast members and the extras were mostly hired from Neukolln itself.

A modern-day depiction of Berlin, ‘4 Blocks’ essays the truly cosmopolitan nature of the city. Even though the characters are of Arabic origin, they drift away from the stereotypical depiction of immigrant diaspora. All the characters have a story to tell set against their cultural and social idiosyncrasies. The show’s realistic touch is a result of three years of painstaking research on the part of the production crew.