Is A Killer Among Us a True Story? 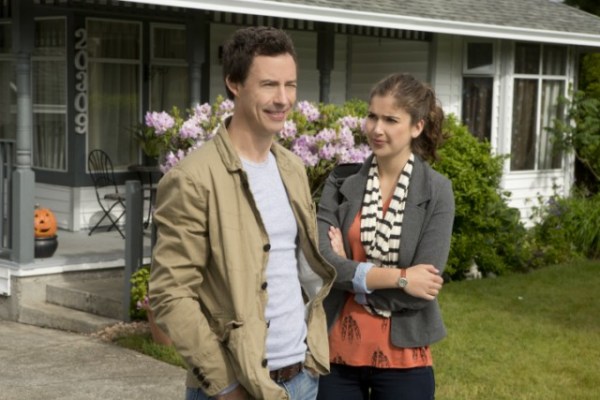 Lifetime is known for two kinds of movies: warm, escapist and sugar-coated romcoms, and dark stories of crime. While the former leaves one feeling positive, the latter makes one feel disturbed and question reality. Yet, the darker movies prove to be ones that present jaw-dropping twists to keep viewers engaged. ‘A Killer Among Us’ decidedly belongs to the latter category.

The television movie revolves around a family that gets rocked by a tragedy: the murder of Helen Carleton: a mother of three, and wife to a man named Nick. Helen’s daughter, Alex starts to take care of her siblings. Soon, she starts to help a detective to find out the person that killed her mother. The revelations prove to be equally shocking for Helen and the viewers.

Is A Killer Among Us Based on a True Story?

To begin with, Lifetime’s darker television movies usually fall under the slate of ‘Ripped From the Headlines.’ As its title suggests, these movies are inspired by actual events. ‘A Killer Among Us’ is a 2012 movie that is also inspired by a true story. The movie is actually based on the murder of Elizabeth Decaro. Apparently (according to local reports), Decaro’s daughter told the story to the movie’s writer, Katherine Fugate, at a party. There is one more indication that the story of the movie is based on the story of Elizabeth Decaro: a book recounting the true incident, written by Charles Bosworth Jr., has the same title.

The true case revolves around the execution-style murder of Elizabeth Decaro on March 6, 1992, in St. Charles, Missouri. She had been shot to death. When the killer was found out, it turned to be shocking for the family (SPOILERS) Her husband, Richard, and Elizabeth had a relationship with multiple signs of trouble. The two had gotten married in January 1981 when Elizabeth was 17, and Richard was 18. Richard proved to be quite an overprotective and paranoid husband. He would keep close tabs on her.

However, the situation changed in 1991. Elizabeth’s mother noticed how Richard became distant around 1991. He stopped caring completely. Elizabeth later found out that Richard had been having an affair with a woman that worked at the gas station, which he managed. Yet, Richard bought a life-insurance policy of $100,000 on her name. He had convinced Elizabeth that she could not leave him. He had convinced her that she would have nowhere to go if she left him. That is the reason he did not give heed to her final warning regarding the affair.

Richard soon started to fall in love with his lover deeply. He thought Elizabeth was being an obstacle in his path of living with his lover. Thus, he took the kids and their pet dog for a holiday, telling his wife that he wanted a “daddy’s weekend.” This was when he intended to get Elizabeth killed. He had hired a hitman by the name of Daniel Basile that did the dirty task for him. Along with the murder, he also stole the family van, which was insured.

Daniel Basile was suspected of the murder and tried in May 1994 along with Richard. A panel of jurists convicted both of them for the murder. The closing arguments stated how Richard also wanted his wife dead so that he could claim $100,000 as a part of her insurance and happily live with his lover. Those were the combined reasons he got her killed. Richard and Basile were sentenced to prison for life. Elizabeth’s side of the family was relieved for the safety of the children. You can read more about the legality of the case here.