‘Alexa & Katie’ is a sitcom that follows the relationship between the two eponymous characters, best friends Alexa and Katie. When Alexa learns that she has cancer, it turns her whole life upside down but what is worse is the pity that it invokes from people. Through thick and thin, the only person who understands her is her best friend, Katie. The show, created by Heather Wordham, originally released on March 23, 2018.

Over four seasons, it has received a lot of love from the viewers as well as appreciation from the critics. The sitcom also earned the Television Academy Honors in 2019 and was also nominated for the Primetime Emmy Award for Outstanding Children’s Program. Now, fans must be wondering what the future holds for the show. Let us find out!

‘Alexa & Katie’ season 4 dropped in its entirety on June 13, 2020, on Netflix. The fourth season (season 3 was split into two parts) comprises eight episodes with a runtime of 23-37 minutes each. As far as season 5 is concerned, here’s what we know. On June 13, 2020, it was announced that the fourth season is also the final run of the series.

The show ends with the two friends graduating high school and moving on in life. It also spends time giving closure to each of the characters indicating that the show has come to a natural conclusion. Paris Berelc (who plays Alexa in the series) shared a post on Instagram announcing the release of the final episodes of the series.

The final episode of season 4 closes with tearful farewells and happy reunions. After talking about all the things that could go wrong if they don’t have each other, Alexa and Katie realize that they are ready to take on the world independently, but they will always have each other. The finale also reveals the final decision that they will be attending separate colleges.

Alexa and Katie continue to be friends and stay connected no matter where they are. The last scene sees the girls catching up with each other in their favorite spot. Talking about the ending, Paris stated that the way the show ends is really special because it gives room for Alexa and Katie’s friendship to mature as they go through their life’s journey individually.

Paris has also been vocal about her keenness to do a movie spin-off just in case an opportunity shows up. The last few days on set were very emotional for all cast members. Therefore, she feels that if there is a chance for the cast to reunite for another project, they would be happy to be a part of it. However, Paris has clarified that no concrete plans have taken shape yet. Isabel May’s (who plays Katie Cooper in the show) touching Instagram post gives us a glimpse of the bond that the cast and crew members shared. 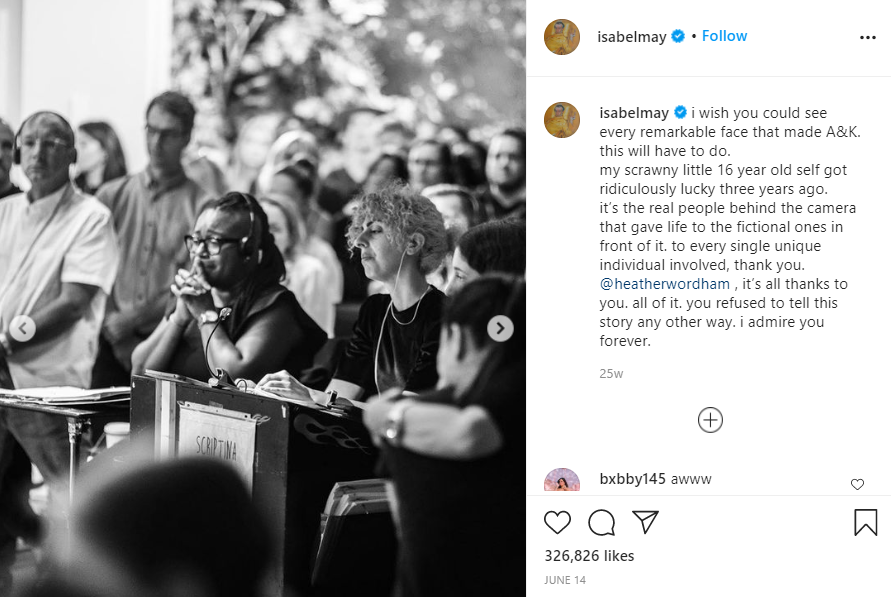 Like other cast members who have said this before, creator Heather Wordham believes that the fans are an equally important part of the journey for the series. Wordham expressed her gratitude  to the viewers who have showered the show with love. So, as much as it is disheartening, we can confirm that ‘Alexa & Katie’ season 5 is officially canceled. The bittersweet ending does indeed sound like a logical point of conclusion. But for those of us who are not over the fact that the series has indeed come to an end, the good news is that all the episodes are currently available on Netflix.