Is Avatar’s Suki Dead or Alive? 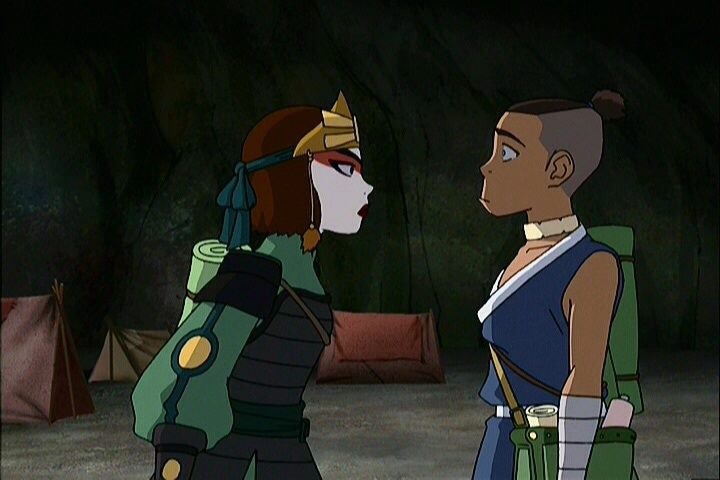 Suki has made her mark as the leader of a Kyoshi warrior team of the Earth Kingdom’s Kyoshi Island. She started training at the age of eight and soon won the respect and admiration of others for her combat and leadership skills. When Team Avatar arrived on the island Suki helped capture them, thinking them to be Fire Nation spies. However, she soon released and befriended them, especially after realizing Aang was the Avatar.

Suki and the Kyoshi warriors eventually left to fight against the Fire Nation but faced defeat at the hands of Princess Azula, Mai, and Ty Lee. Suki was placed in a high-security prison in the Fire Nation. Sokka and Zuko, who broke in to rescue Hakoda, the former’s father, found Suki instead. She reunited with the other Kyoshi warriors and helped defeat the Fire Nation. After the hundred-year war ended, Suki actually became Zuko’s bodyguard once he took on the title of the new Fire Lord. She even helped protect him when he visited Azula and his sister attacked Zuko. Over time, Suki and Zuko even grew closer, but viewers have seen Suki and Sokka’s romance on-screen as well.

However, there is no mention of Suki in Nickelodeon’s ‘The Legend of Korra‘ which takes place 70 years after the events of ‘Avatar: The Last Airbender.’ So, is Suki dead?

Did Suki Die: Theories and Explanations

There’s no mention of Suki in ‘The Legend of Korra’ and she doesn’t even appear in any of the flashbacks. Thus, there is no indication of whether she is alive. Considering the amount of time that has elapsed between the events in ‘Legends of Korra’ and ‘The Last Airbender,’ there is a good chance of Suki being dead. However, in absence of any official confirmation within the show, the fans have been left to some of their own theories.

To the question as to what happened to Sokka and Suki between the two shows, one humorous theory doing the rounds of the internet is that they moved to the suburbs, and nothing much happened to them. This deliberate shrouding of the incident has sent internet sleuths in a frenzy. However, most fans have sought solace in the fact that Suki and Sokka likely end up together.

Another well-popularized theory is that the Kyoshi warriors never left the Fire Nation and Suki is still part of the team of bodyguards. The deduction is a natural continuation of what we have already seen. However, yet another netizen has surmised that Suki might have died of natural causes before having children with Sokka. While some people have taken to this death due to age theory, one fan has pointed out she could have died in the line of duty, as a warrior working to protect the Fire Lord.

Yet another popular theory turns Sokka and Suki relationship on its head imagining that the two might have broken up, leading Suki to stay back in the Fire Nation, where she might have had a child with Zuko. Meanwhile, Sokka’s daughter Suyin is actually with Toph. While these are all interesting theories, the truth is that Suki’s future is not completely certain yet.

There are also reports that writers of the show made it clear during an interview around the time ‘The Legend of Korra’ premiered that Suki had died an early death. How early, or what was the cause, was not mentioned, but we have been unable to independently verify this being said in an interview either. At the end of the day, Suki is a rather underutilized character who could have gotten more screen-time. Hopefully, she will get her due some day.

Read More: How Did Aang Die?