Is Betaal Mountain in ‘Betaal’ a Real Location?

Netflix’s new addition to the horror genre is a mini-series titled ‘Betaal‘ which has been created by Patrick Graham of the ‘Ghoul‘ fame. The series brims with gory zombie-centric action and seemingly draws its inspiration from Hindu folklore. The show centers around a group of Indian cops who are sent to a village just to displace the locals in order to build a highway. But unknowingly, the cops unleash the curse of the Betaal Mountain and hell breaks loose on them. If you’ve already watched the show, you must be wondering if the Betaal Mountain depicted in the series is an actual location or not. Well, here’s the answer.

Where is Betaal Mountain located in the Show? 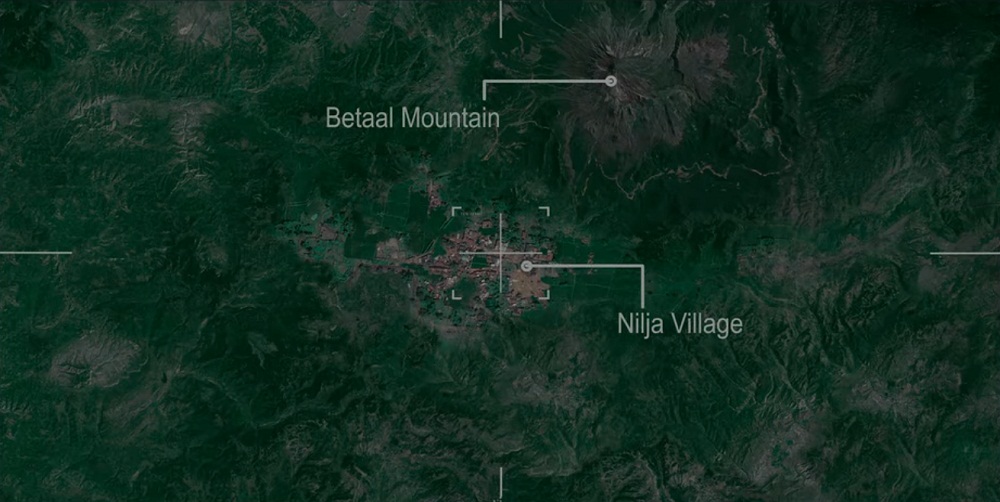 The Betaal Mountain in the show is located near an isolated village known as Nilja. According to the show, the village once accommodated several freedom fighters during the British rule in India, and in one of its tunnels, a very strong British regiment known as the 90th Taunton Volunteers was trapped. The Betaal Mountain, as the name suggests, also happens to be the home for a supernatural deity known as Betaal (or Vetala) which is known for using reanimated corpses as vehicles for fulfilling its sinister motives of ruling the world.

To put it simply, no, Betaal mountain shown in the series does not exist in real life and is only a fictional location created for the show. When it comes to Nilja village, although there is an actual village in Chhattisgarh that goes by the same name, the village represented in the show seems to be a work of fiction.

What is the Inspiration behind Betaal Mountain

As we’ve mentioned in our explainer, the show primarily derives its inspiration from a revenant entity of the Hindu Mythology. Even in real-life, Betaal, which is better known as Vetala, is a patron deity that is worshipped by many and there are also a few real Vetal temples located in many different regions of the Indian subcontinent. Among these, one is also located in Pune on a prominent hill known as the Vetal Hill; similar to that of the show. Although it isn’t directly suggested anywhere, it is possible that the inspiration for Betaal Mountain came from Pune’s Vetal Hill.

Surprisingly, the series was filmed not too far away from the city of Pune. According to a credible source, the show was predominantly filmed in Mumbai, Lonavala, and Khandala. This suggests that the Betaal Mountain depicted in the series is probably filmed in the hills of Lonavala or the hill stations near Khandala in Maharashtra. Apart from that, if we consider the official synopsis of the show, it says that it revolves around the natives of Campa forest. Although there is no forest in India that goes by that name, CAMPA is actually an Indian legislation act that stands for Compensatory Afforestation Fund Act.

Here’s a picture posted by Gaurav Varma, announcing the end of the filming of the series:

And it’s a wrap for #Betaal !! What an amazing team, they had fun filming it & you’ll be scared watching it !!