Who is Brie Bella’s Husband? How Many Kids Does She Have?

‘Total Bellas’ features two twins, Brie Bella and Nikki Bella, both with bold and beautiful personalities. The sixth edition of the popular American reality TV series premiered on November 12, 2020, and navigates their professional and personal lives. Brie is an entrepreneur, a decorated former WWE wrestler, a podcaster, a reality star, and the list can indeed go on. But what beats all of these is her role as a wife and mother. Here are some interesting details about Brie Bella’s personal life that will surely surprise you!

Brie Bella was born on November 21, 1983, as Brianna Monique Garcia-Colace in San Diego, California. Her parents Jon Garcia and Kathy Colace, raised Brie and her twin Nicole, famous as Nikki Bella, farm life in the Phoenix suburb of Scottsdale, Arizona. Formerly a professional wrestler, she has shared almost all significant moments with Nikki. Brie and Nikki led a major part of their WWE career together, be it scripts or within the wrestling rings. 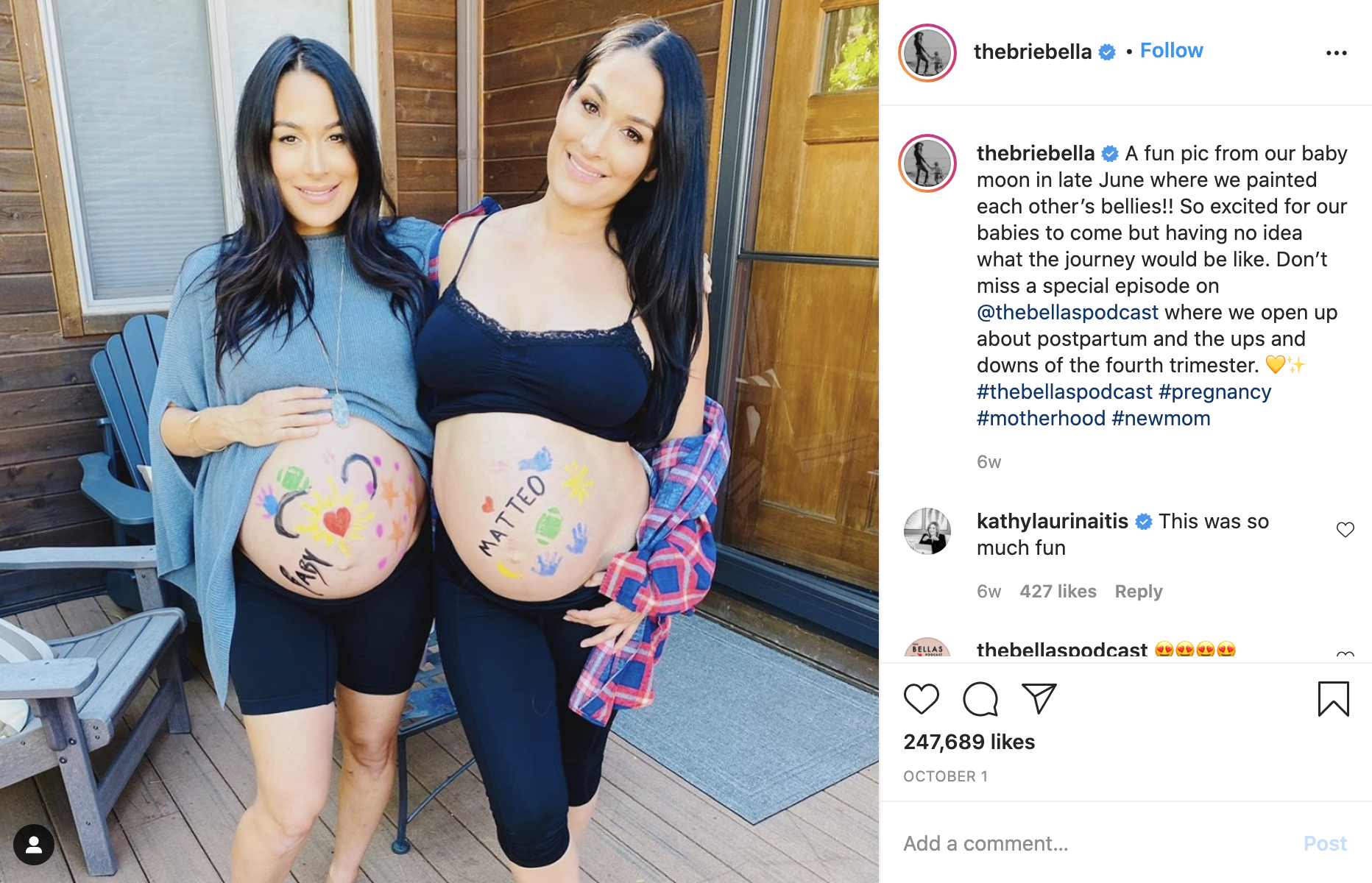 They have also co-worked on numerous projects like podcasts and reality series. The Garcia twins are deeply connected, and luckily, life also brought them closer through a miraculous coincidence that forms a significant part of season 6 of their show. After quarantining together, the pregnant siblings got admitted to adjacent hospital rooms for their deliveries.

Brie and Nikki gave birth to sons just one day apart over summer 2020. The fact that both had been wishing for exactly the same miracle makes it all the more endearing. Nikki welcomed her first child, Matteo Artemovich Chigvintsev, with her fiancé, while for Brie, Buddy Dessert is her second offspring, whom she shares with her husband. But who is her spouse?

Brie Bella got the opportunity to get to know her now-husband, Bryan Lloyd Danielson, through a fictional WWE storyline. Much like his wife, Daniel is a professional wrestler who has been associated with WWE since 2000. After a ‘Monday Night Raw’ episode, the pair were shown as celebrating his big win. This was filmed as a sub-plot in November 2010, which somehow developed into an intense on-screen romance between the two.

Later, Daniel confessed to PW Mania in a candid conversation, “It actually started as a storyline and then we really hit it off. Actually, it was shortly before our story line ended we kind of started dating each other. We kind of started off real slow, but now we’ve been together for two and a half years.” After unofficially and discreetly continuing their relationship for almost three years, Brie announced her engagement to Daniel in September 2013. The adorable couple tied the knot on April 11, 2014, at the L’Auberge Resort and Spa in Sedona, Arizona.

It goes without saying that her ‘Total Bellas’ co-star and twin sister, Nikki Bella, served as the maid of honor at the wedding. Their nuptials were attended by other WWE superstars like John Cena, Tyson Kidd, Cesaro, Jimmy Uso, etc., and the whole celebration was broadcast as the second season’s finale of the popular reality show ‘Total Divas.’ On February 8, 2016, Bryan was forced to announce an early retirement from his career after undergoing severe injuries and suffering from numerous concussions. 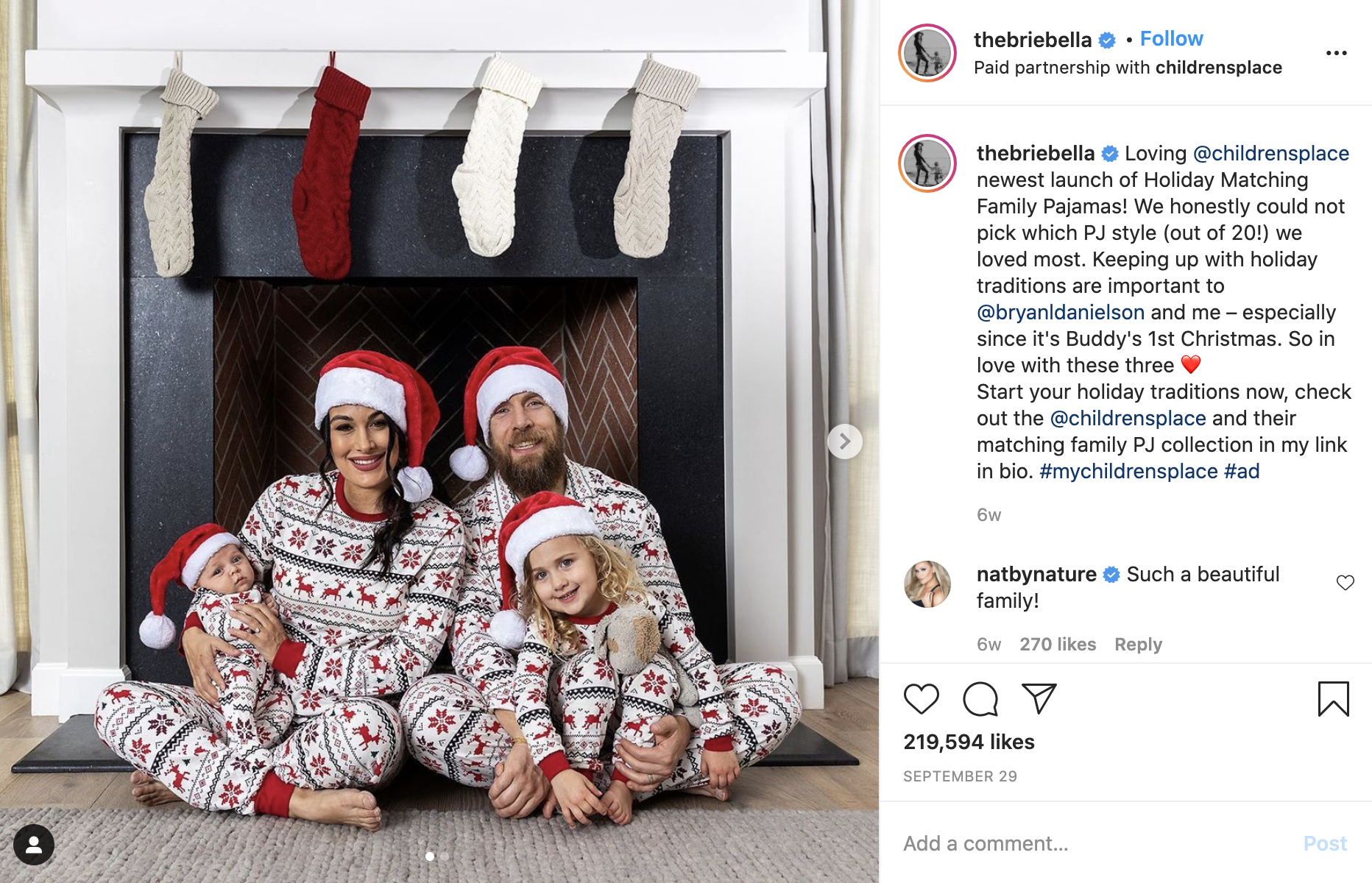 Shortly after, Brie also took a step back from the ring life, intending to lead a cozy life with her husband and start a family with him. She gave birth to their first child, Birdie Joe Danielson, on May 9, 2017. After becoming parents to an adorable daughter, they welcomed their son, Buddy Dessert Danielson, on August 1, 2020. The reality TV star soaked up the feeling of raising a tiny tot and admitted that she drooled over his dimples every time he smiled!

Read More: Is Nikki Bella Married? Does She Have Children?