Is Brooke Baldwin Married? Does She Have Children?

Brooke Baldwin is an Emmy-nominated journalist and TV host who has been associated with Cable News Network (CNN) since 2008. She has garnered a dedicated fanbase who wholeheartedly follow her news stories and dearly miss her when they do not see her on their television screens. But in October 2020, the tittle-tattle about her having quit the network has left them worried. Following her recovery from COVID-19 in April 2020, it was speculated that the return of health complications might have been why she stepped away from covering the presidential election.

While she dispelled this right away and did not throw light on the real reason, Baldwin’s appearance on her show ‘CNN Newsroom with Brooke Baldwin’ has been infrequent. She had been updating her viewers with some cozy pictures from her NYC home that she recently moved out of. This intrigued us to delve deeper into her personal life and who she shares her space with. Here is everything we found out!

Brooke Baldwin was born in Atlanta, Georgia, and spent her formative years attending The Westminster Schools, a private educational institution in her hometown. She had realized at an early age that academics was her forte and went on to study abroad in Mexico City at one of its most prestigious universities, The Ibero-American University. 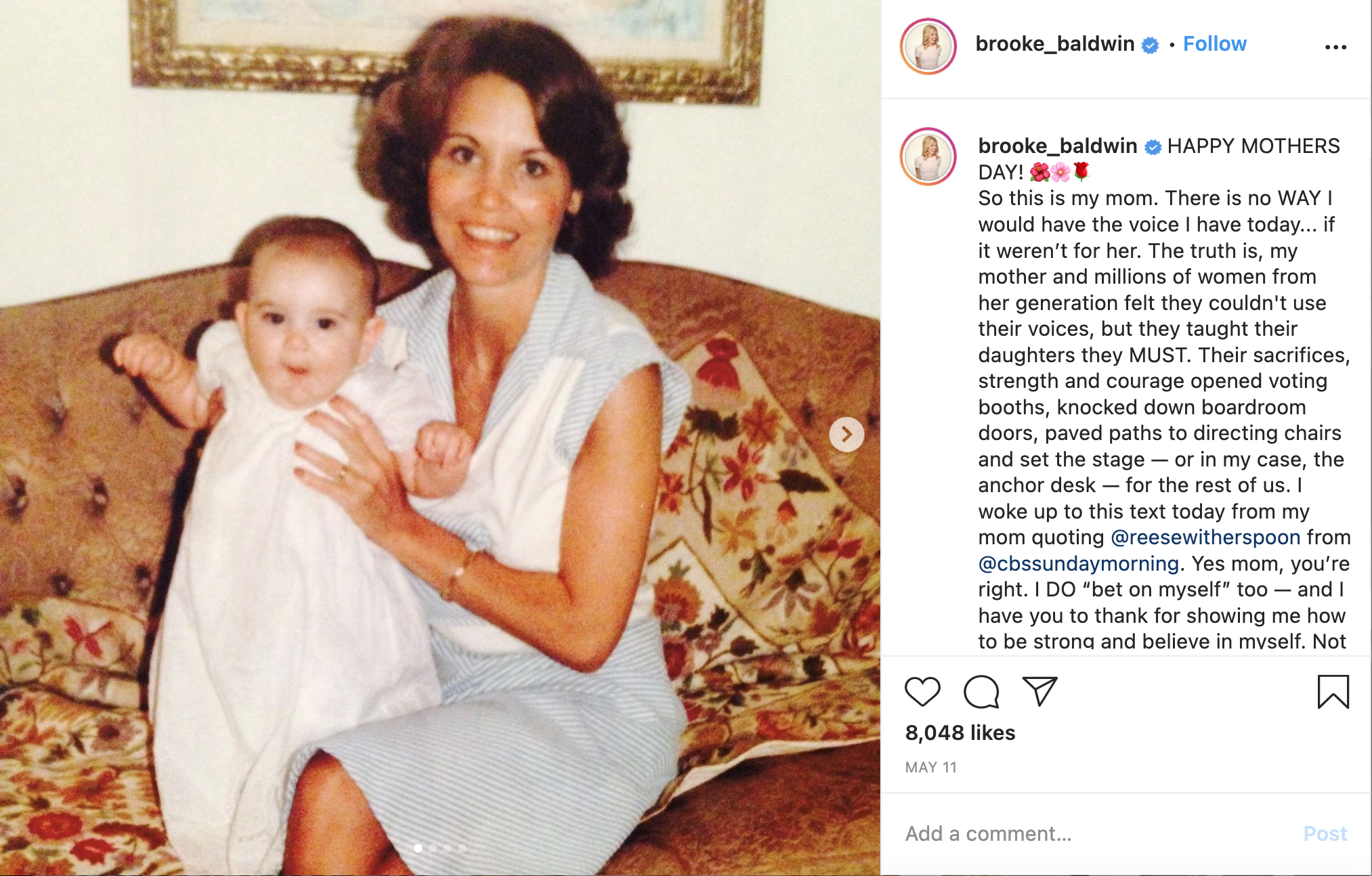 The dual degree holder graduated in Spanish and journalism from the University of North Carolina, completing both in 2001. She kick-started her career at WVIR-TV in Charlottesville, Virginia, the same year. Baldwin finally got on the path on which she had wanted to walk on since forever. WOWK-TV gave her the chance to be a morning anchor, and later, she joined WTTG in Washington, D.C., as its lead reporter. 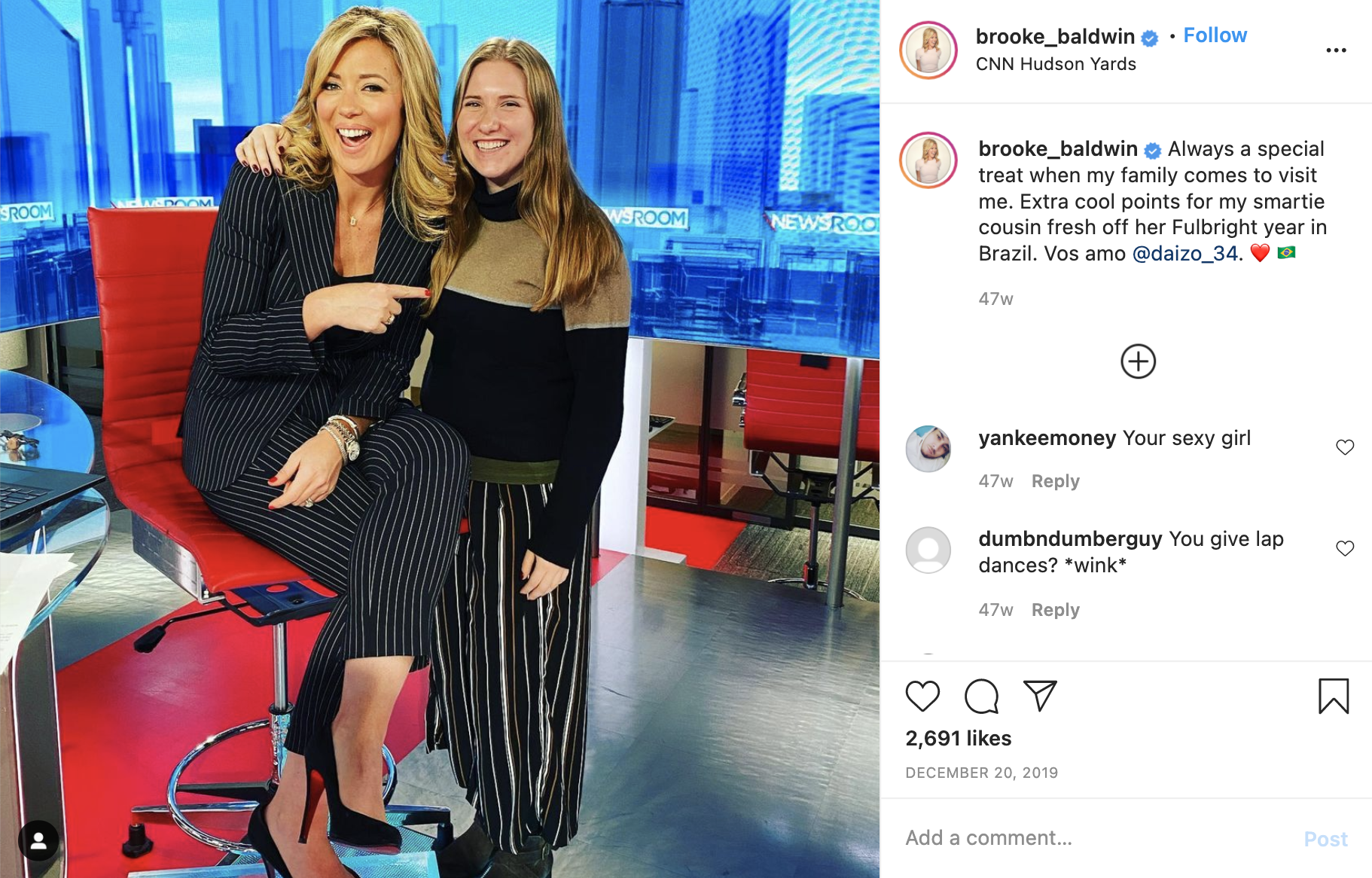 Her joining CNN in 2008 and working at its Atlanta world headquarters since 2014 steered her burgeoning career in the right direction. Under it, the American anchor has impeccably covered major news stories like the final launch of Space Shuttle Atlantis from Kennedy Space Center and the event of Donald Trump’s inauguration as the 45th President of the U.S. Baldwin’s brave live reporting on the Orlando nightclub shooting victims and survivors in 2016 etched her in the hearts of those who have been following her for more than a decade.

Brooke Baldwin met her now-husband, James Fletcher, at a mutual friend’s party in New York. It was purely a fateful meeting as she lived in NYC while he had flown from the United Kingdom to attend the event. In a mushy Instagram post, the media icon shared how she had laid eyes on the “handsome” man who had just walked in, and both hit it off instantly.

We did it!!! Thank you for the ❤️ and well-wishes. See you in two weeks. #honeymoon pic.twitter.com/EIf9JWxds1

With a moderate age difference between them, the two shared many similarities, like having traveled to the same places and being single and ready to mingle at that point in time. They were both hoping to form a substantial relationship instead of getting involved in a casual fling. Every December, to commemorate their first meet, the adorable couple pays a visit to GoldenEye, a luxury resort in Jamaica. 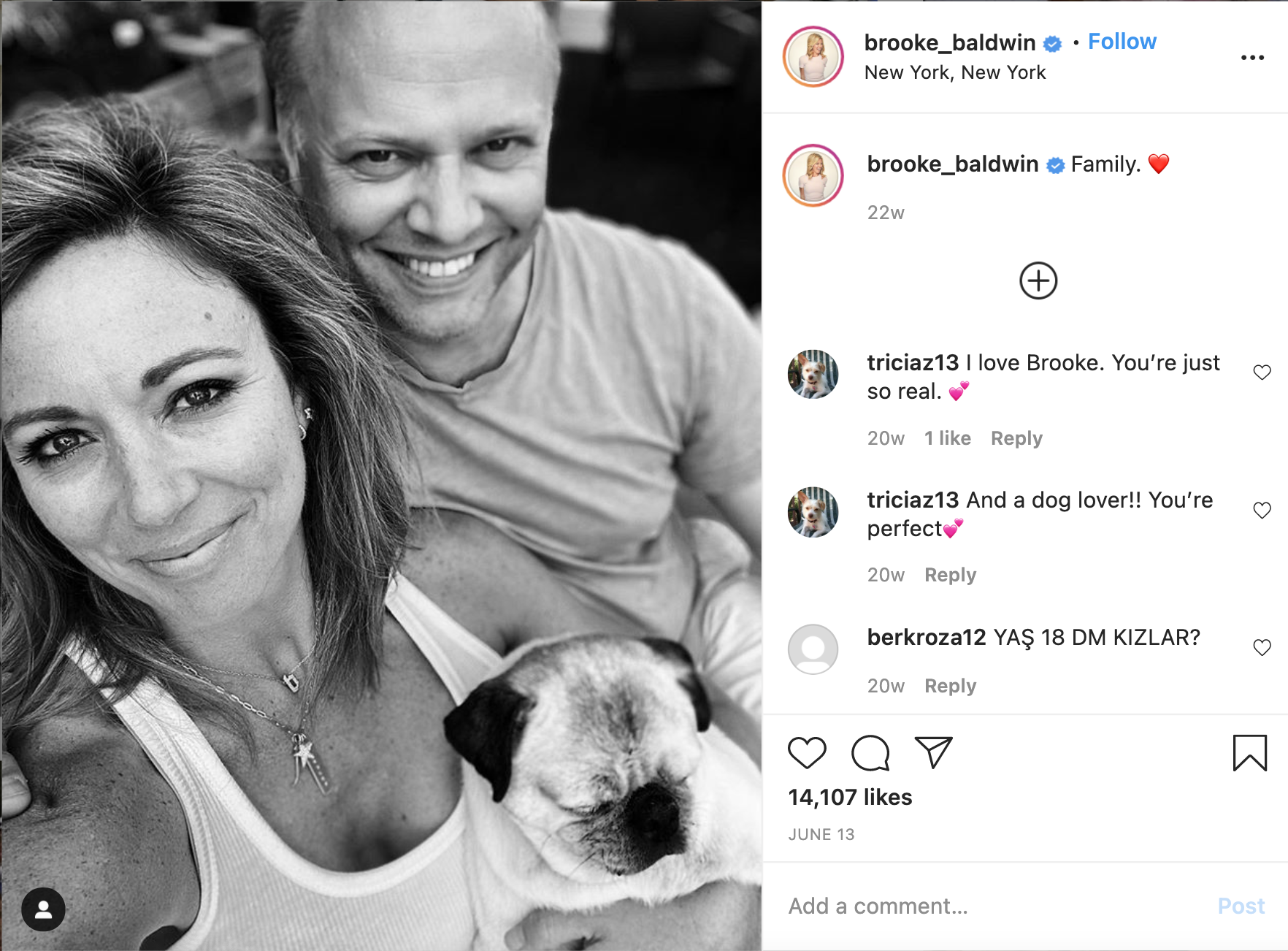 The then-36-year-old had her first date with the love of her life at New Orleans, where she was covering New Year’s Eve for CNN. James popped the question on a trip to Kauai, Hawaii and Baldwin shared the happy news on her social media accounts on July 18, 2017. She married the documentary writer and producer in May 2018. They do not have children of their own yet but live happily with their cute dog, Pugsley, whom the news anchor proudly considers an inseparable part of her family!