Is Dancing with the Stars Real or Scripted?

‘Dancing with the Stars’ is one of the most popular shows on ABC. A celebrity is paired with a professional dancer, as they execute predetermined steps to compete with each other. The show’s almost become part of the fiber of American entertainment. Despite its ever-rising popularity, there have been several allegations that ‘Dancing with the Stars’ is rigged. While one might expect as much from any reality show, viewers are curious how much of the show is scripted. Is it enough to shatter the illusion that people have with ‘Dancing with the Stars’? We answer all the questions here.

How Much of Dancing with the Stars is Scripted? 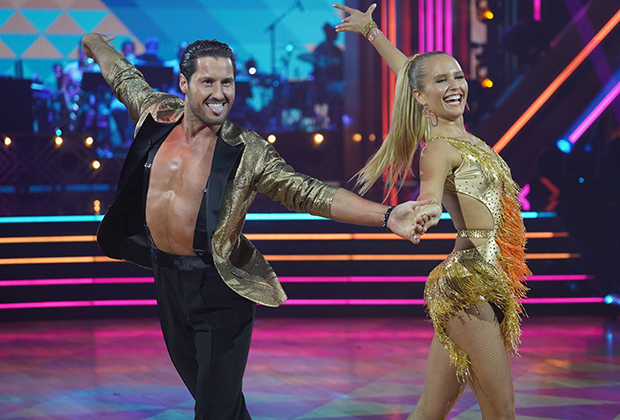 We should get the most obvious distraction out of the way – that is, the predetermined dance steps. Not only are the steps by-the-book, but there are some obvious distractions. For example, the male is supposed to lead in traditional dances. In case the male is not a professional dancer – as many celebrities aren’t – the trained female dancer subtly takes the lead. The choreography is also edited to make it appear that the celebrities are putting their best foot forward, and we’re often distracted from their missteps to focus on the better dance moves put forth during the routine.

Now that we have addressed the moves let us look at the participants. There are a couple of things that need to be mentioned here. Some celebrities have an unfair advantage, like Heather Morris – who not only was a backup dancer for Beyonce but appeared on ‘So You Think You Can Dance‘ as well. Many believed that producers had willingly cast a professional dancer, and it gave her an unfair advantage. Morris, on the other hand, was willing to be judged more harshly if that’s what it took to even the playing fields. Heather’s not the only one who’s stood out. Notably, Alexis Ren was also an aspiring ballerina before she got her modeling break.

While we are on the topic of participants, it should be noted that there might be one grand prize for the winners, but everybody walks away with something. Reports suggest that a contestant can make up to $125,000 for merely rehearsing, promoting, and performing on the show before the first eliminations. Now, we come to the competition itself. There have been reports that a lot of discrepancies take place backstage.

Hope Solo, a former participant, released a memoir where she alleged that a memo went around saying that Hope and her partner were up for elimination. To avoid the situation, they sparked some drama on stage, to attract viewers, in an effort to stave off the inevitable. As a result, they were not ousted that week. An obvious observation from the said accusation is that some of the drama we see on the show is staged. Wendy Williams, another contestant, also alleged that portions are scripted since she was instructed to speak to the camera, saying things that didn’t resonate with her feelings.

Much like any other reality show, producers reign supreme in ‘Dancing with the Stars.’ Some participants have said that there are special instructions about makeup and costumes to maintain uniformity. With this degree of control, it is not hard to believe Alfonso Ribeiro’s accounts about things not meeting the eye. The former ‘Dancing with the Stars’ winner mentioned how some participants are favored for stories about their journeys, rather than pure talent. After considering all the factors, it’d be best to take ‘Dancing with the Stars’ with a pinch of salt, but most fans are so entertained by the series that they look past the embellishments.