Is Dani Briones From Big Brother Married? Does She Have Children?

Dani Briones is often called the ‘Big Brother’ legend as she is the only contestant to have appeared once in every decade. Her fans were elated to see her return to the BB House for its ‘All-Stars’ season. Believing in the “third time’s a charm” theory, she earnestly hoped to win but unfortunately got eliminated on October 1, 2020, and headed into the jury house.

While addressing her reasons for losing the game, she expressed her annoyance at being associated with a love triangle by a fellow housemate Kaysar Ridha. As a loyal partner with staunch family values, her husband vehemently lashed out at the offender and told the gossip mongers to “stay reaching.” It made us curious to find out about her husband, and here is every information we could gather!

Born on August 20, 1986, Daniel “Dani” Donato was never incredibly close to her parents as she was raised by her grandmother. She has never publicly spoken about the reasons for being estranged from her father, yet the two appeared together on the show’s 8th season. Her dad, Dick Donato, is infamous for his notorious remarks and is often addressed as “Evel Dick.” He recently accused his daughter of playing an unfair game on season 22 and went to the extent of saying that he is disappointed in her gameplay. 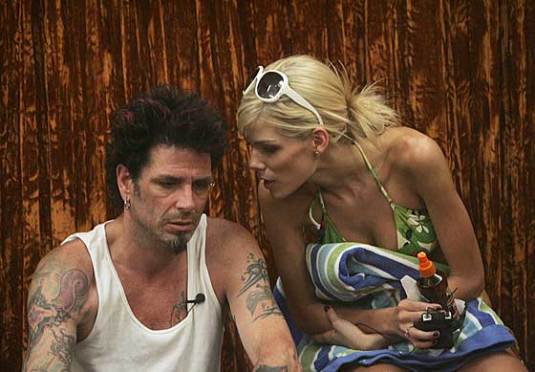 In 2007, before rising to fame as a reality TV star, Dani used to work as a waitress at Huntington Beach. Stardom came hand-in-hand with love for the 20-year-old, as she started a showmance with a fellow house guest, Nick Starcevic. Sadly, the two ended it at the close of the year. The ‘Big Brother’ star was born and brought up in Orange County, California. She feels so connected to her hometown that she has chosen it as her permanent residence and currently lives there with her husband.

When Dani returned to Big Brother with her alienated father for its 13th season, she was older and wiser. During the show’s filming in 2011, she met the love of her life, Dominic Briones. The two did not fall in love straight away but formed a close friendship initially. Interestingly, he had failed to leave a great first impression on her as she initially thought of him as a “troublemaker.”

But by the time the finale episode was being shot, the two had become practically “inseparable.” The couple tied the knot on January 19, 2013, at the aesthetically appealing Huntington Beach. After relishing marital bliss for almost five years, Dani announced her pregnancy in February 2018. She and her husband welcomed their first child, Tennessee Autumn, on August 20 of the same year.

Interestingly, the lucky baby girl shares her birthday with her mommy. The ‘Reality Obsessed’ star has willfully turned into a stay-at-home mom and loves every part of it. Even after being married to her husband for over eight years now, she is still crazy for Dominic and he, too, reciprocates every ounce of her love!

Read More: Which of the Big Brother Couples Are Still Together?