Is Deena Nicole Cortese Married? Does She Have Children? 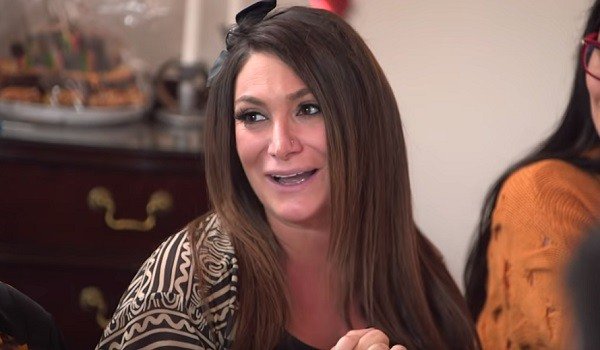 ‘Jersey Shore’ premiered globally on December 3, 2009, and the show introduced the world to a group of friends who spent their days and nights boozing, partying, and enjoying the base pleasures of life… basically living the dream of the most. Deena Nicole Cortese joined the crazy gang in 2010 and remained with them till the series wrapped up on December 20, 2012. The fourth season of the spin-off series, ‘Jersey Shore: Family Vacation’ premiered on November 19, 2020.

With its inception, the viewers have been feeling like they, too, are growing up and settling down with the cast. The group of friends has taken a step closer to marriage and babies. Deena’s fellow cast members, Snooki and JWoww, had already shared their wedding vows before she decided to walk down the aisle for her longtime boyfriend, Christopher Buckner. You might want to fetch some tissues before delving into their heartwarming journey!

How Did Deena Nicole Cortese Meet Her Husband?

Deena Nicole Cortese met her now-husband, Christopher Buckner, at a local bar in 2011. Their chance meeting happened just after she had finished filming for season 4 of ‘Jersey Shore’ and her friends had planned to watch a match of football while enjoying drinks at Metro in Freehold. Chris was one of the two people who had walked in later, and his coyness intrigued the reality TV star instantaneously. Chris was left awe-struck as he laid his eyes on Deena for the first time. 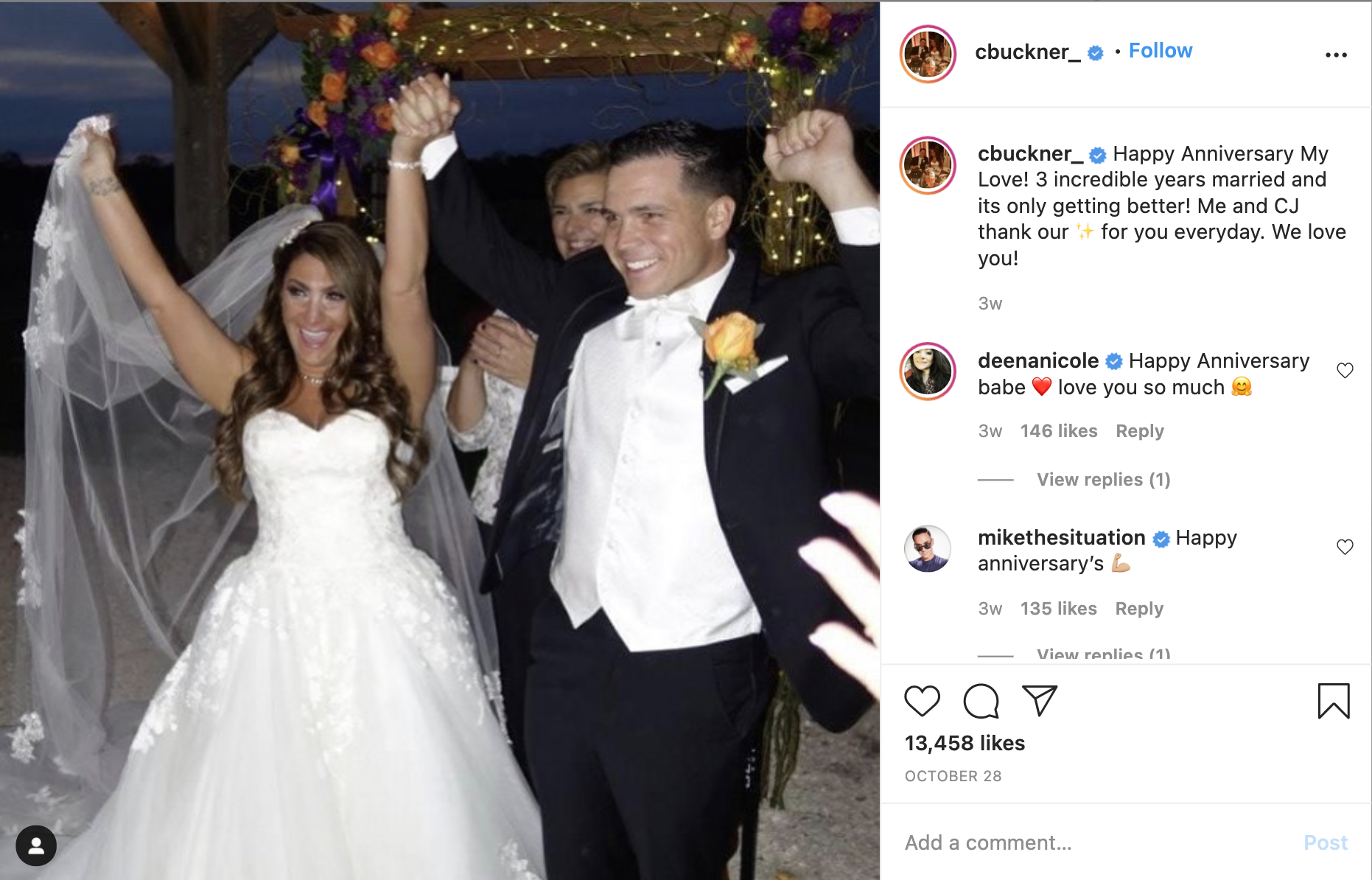 Unlike him, curiosity got the better of Deena, and she went into a full-on stalker mode, which included finding him on Facebook and sending him a friend request. What started as a casual approach ended into a fairytale love story. The next time Chris showed up at the bar, Deena could not restrain herself from going up to him and introducing herself. Owing to the show’s success and popularity, he and his family not only knew her but were also huge fans.

They kickstarted their relationship right away and spent the next five years drunk in love. The adorable couple ticked all the check-boxes, including getting a pet, a dog named Cali, and buying a house together. In November 2016, her beau finally popped the question while the two were on a trip to Mexico. On October 28, 2017, they shared their wedding vows at Laurita Winery in New Jersey. 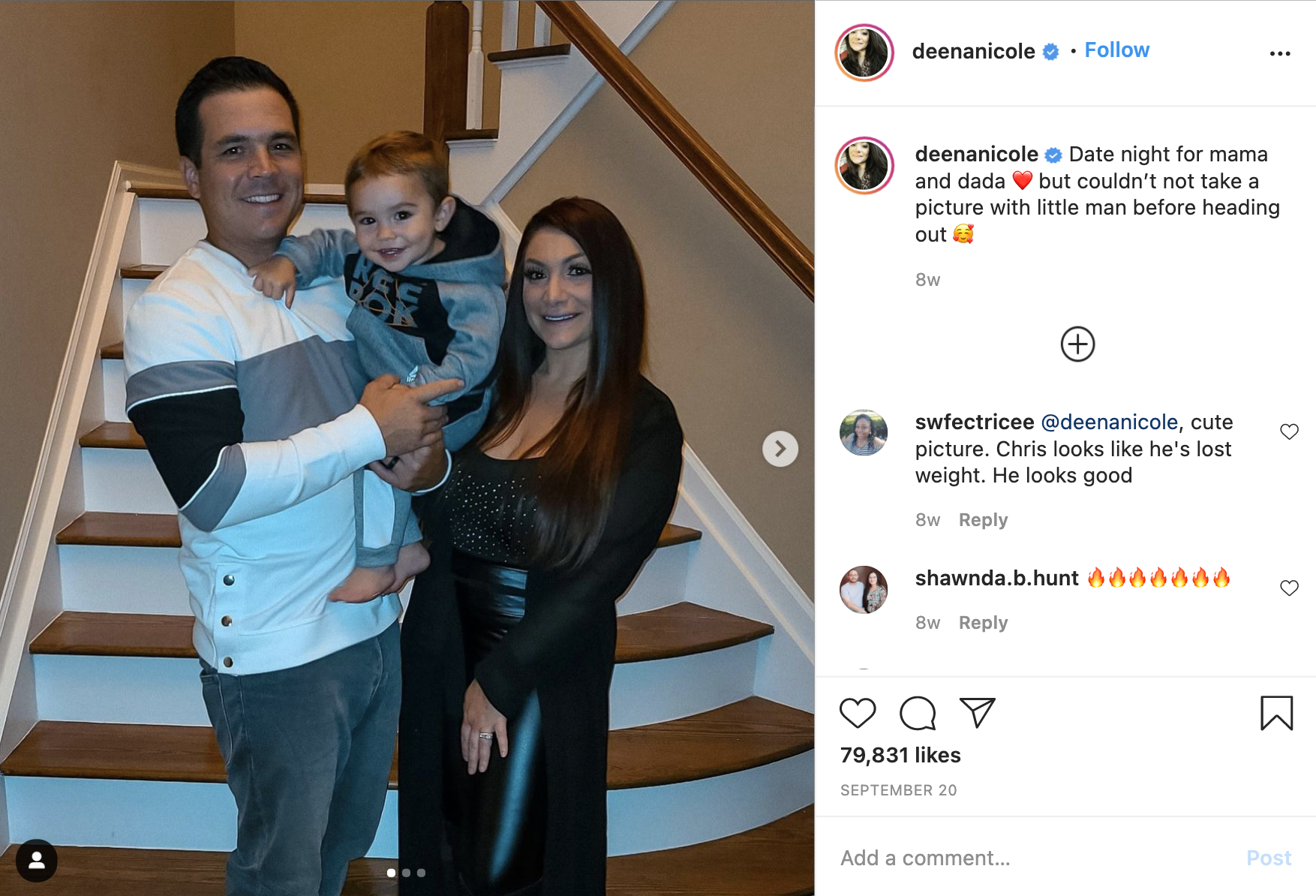 Deena and Chris enjoyed a blissful marital life for a couple of years before welcoming their winter baby. The adorable couple had a charming baby-boy, Christopher John “CJ” Buckner, on January 5, 2019. Every vein in their body felt grateful to have a happy and healthy baby. But they knew they would soon want to add more Buckner children to the world. The two even bought a bigger house after their son’s birth to stay prepared for the next big moment in their lives. 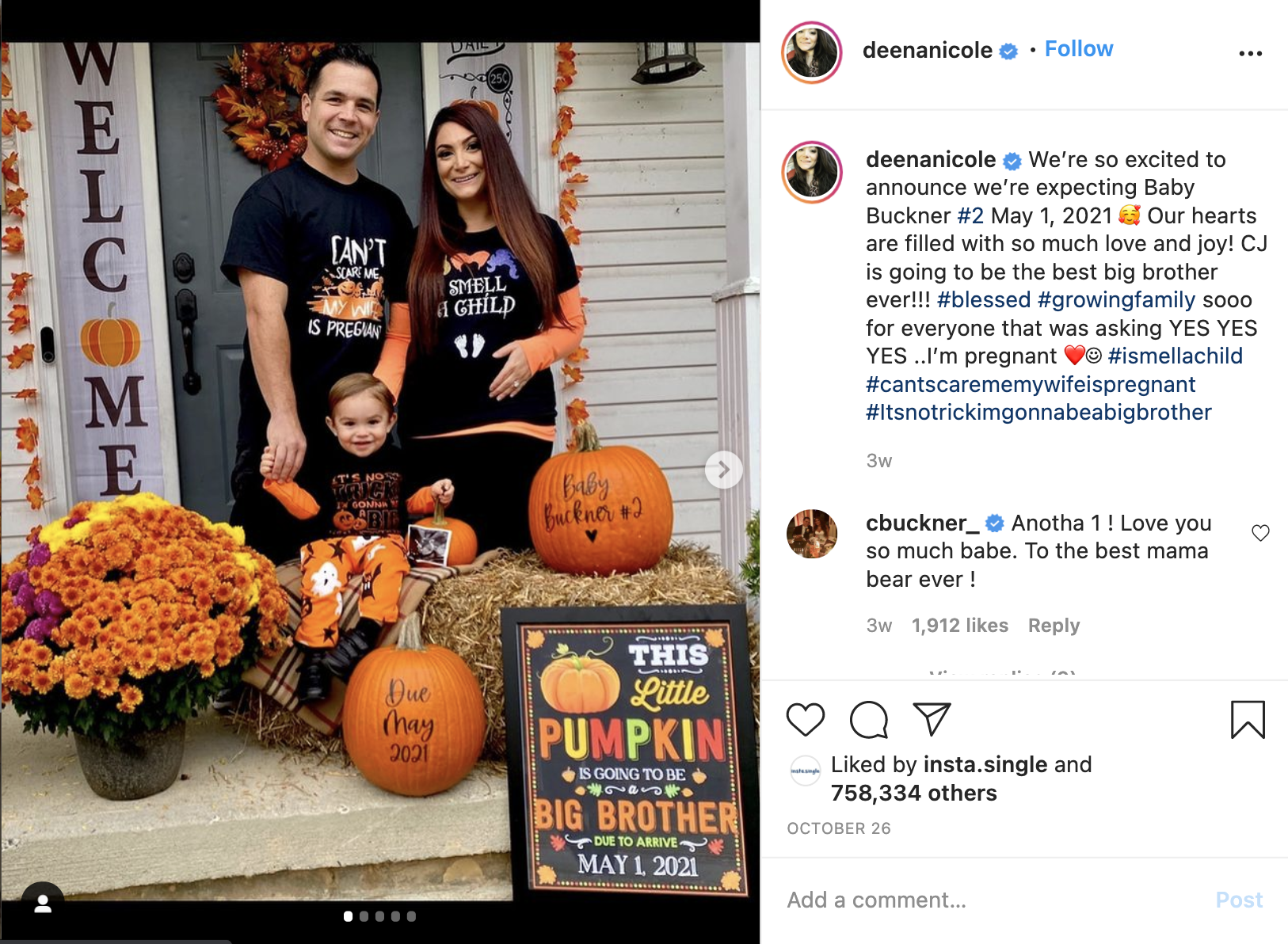 Their fans were elated to know that the precious “meatball” family was expecting another child when the Buckner parents announced the happy news on October 26, 2020. Deena surprised her ‘Jersey Shore’ team with the “I’m Pregnant!” banner during the filming of season 4 of ‘Jersey Shore: Family Vacation,’ which premiered on November 19, 2020. The baby is due in May 2021. The reality stars have set up their permanent residence at Jackson Township, New Jersey.