Is Fruitvale Station a True Story? 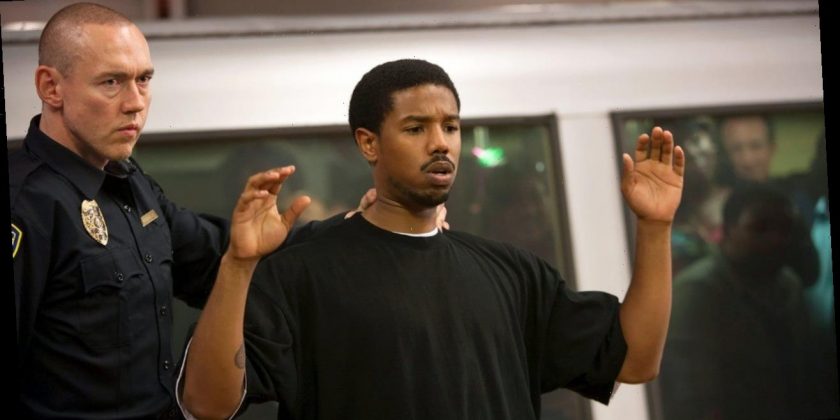 The directorial debut of Ryan Coogler, ‘Fruitvale Station,’ displays the tragic story of an African American man being shot down by a Bay Area Rapid Transit (BART) police officer. The movie traces the last 24 hours before his death, and this format makes for a truly impactful method of storytelling. It stars Michael B. Jordan, Kevin Durand, and Chad Michael Murray in pivotal roles. Sadly, not much has changed for the black community and their relationship with law enforcement individuals since the movie’s release in 2013. If anything, such institutionalized forms of racism have really been exposed over the past few years.

According to a database that is maintained by The Washington Post, since 2015, more than 5,000 police shootings have occurred in the country. (This information was last updated on November 3, 2020). An alarming but not surprising statistic also reveals that black Americans get killed at more than twice the rate of white Americans. With such prevalent data at the forefront, one can’t help but wonder if ‘Fruitvale Station’ is based on a true story. The facts that we reveal in this article might not surprise you, but it does hold significance in today’s world.

Is Fruitvale Station Based on a True Story?

Yes, ‘Fruitvale Station’ is based on a true story. In fact, it recounts the death of the 22-year-old Oscar Grant at the hands of a BART police officer named Johannes Mehserle. The incident took place in the wee hours of New Year’s Day (January 1, 2009) in Oakland. Officials were reacting to reports of fights that had occurred on a train, and at the Fruitvale BART Station, they detained Grant, along with a few other passengers.

Anthony Pirone, an officer, forced the unarmed black man to lie face down on the ground. This is when Mehserle shot Grant in the back of his head. Though the victim was rushed to Highland Hospital, he did not make it through the day. This entire incident had been captured prominently on cell phone recordings, which went viral. Following this, the city was engulfed in multiple protests and riots.

In a rare example of police officers being reprimanded for their actions, the Alameda County prosecutors charged Mehserle with second-degree murder. At his trial, he was found guilty of involuntary manslaughter instead and was sentenced to two years in prison (minus time already served). However, since Californian jails are overcrowded, he was released after 11 months. It is also noteworthy that the judge overturned the gun enhancement charge, which could have added another 3 to 10 years to the verdict.

In conversation with WUPA, Coogler spoke about why he chose to highlight the last day of Grant’s existence. “It comes from being a fly on the wall and being with someone for a whole day, something that you would only do with someone you are very close to. It’s also about seeing how somebody changes when they go to a location or interact with someone, the director said. “It reminds me of when I used to ride around with my dad, and I would see how he would talk or act around different people. You can learn a lot about someone by just hanging with them for a day. But it was also the ironies in the day.”

Coogler continued, “That it was New Year’s Eve, and he was talking about making resolutions as we all do. The fact that his day was filled with domestic duties. It was interesting to show this guy who was known as an ex-con and a drug dealer, take his daughter to school, dropping his girlfriend off at work and preparing for his mom’s birthday. I found it ironic that this happened on his mom’s birthday that his death occurred on the first day of the year. That is some of the reasons why I chose the 24 hour period for this film. The biggest thing was I was interested in his life, not what happened afterwards.”

The film struck a chord with the black community post its release for obvious reasons. The director was not expecting it to be as successful as it was, but he understood that this happened because the film held up a mirror to society. Coogler hit the nail on the head when he said, “It’s the human element. People are gone, they can’t come back. I was really interested in looking at it from about the lives of the people most affected.”

Coogler also shed some light on how race dominated the movie, saying, “How somebody looks plays into how I feel about someone. If you’re African American in this society oftentimes a lot of negative processes come from that, from just looking at you. Homicide through gun violence is the leading cause of death among young African American males in the United States. If people look a certain way they have a higher tendency of dying, of having their lives taken away.” Hence, it will come as no surprise to you that ‘Fruitvale Station’ is actually inspired by real events.