Is ‘Giri/Haji’ Based on a True Story?

Another product of the collaboration between the BBC and Netflix is the crime drama, ‘Giri/Haji’. Starting out from Tokyo, it brings the audience to London where a Japanese cop is caught up between the mafia of all kinds. The story explores the morality of all the characters who are various shades of grey and demands the true meaning of right and wrong. While it all begins and ends with crime, it is essentially the story of family and love. The characters are so humanly flawed and brazenly realistic that you can easily relate them with the people around you. The show that tells the story of real people begs the question: could it be based on a true story?

What is Giri/Haji About?

The show follows the story of Kenzo Mori, a police officer who has a lot of things on his plate. He has to take care of his parents and has to convince his daughter to give up on her unruly behaviour and not get expelled from school. He also has to perform well at the job where he already suffers in credibility due to the involvement of his younger brother with the Yakuza. Meanwhile, he can feel his marriage crumbling around him. He would have mended bridges, but an urgent case consumes his attention.

The Yakuza gangs, who have been acting peacefully all this while, are suddenly on the brink of an all-out war. The death of the nephew of one of the gang leaders has led to the retaliation attacks. However, it is brought to Kenzo’s attention that this is a set-up by someone else who has a grudge to settle with the crime lords. It is his brother. Yuto was presumed dead almost a year ago, but when the blade that he had stolen resurfaces, it becomes clear that he is alive and well in London. Only Kenzo can bring him back now, which is why he has to pack his bags and leave behind his family to settle the matter once and for all.

Is Giri/Haji Based on a True Story?

The straight answer is NO. ‘Giri/Haji’ is purely a work of fiction created by Joe Barton. He formulated the story on two brothers with one serving as a police officer while the other running from his past as an ex-member of the Yakuza. The title of the show translates to ‘Duty/Shame’. This sums up the entire idea of the story. The protagonist is torn between the duty for his job and family while harbouring a grudge with himself for the wrong he did in the past. The title tackles two very important ideas in the Japanese culture, with every character manifesting it on the screen with the struggles of their own.

What is Giri/Haji Inspired By? 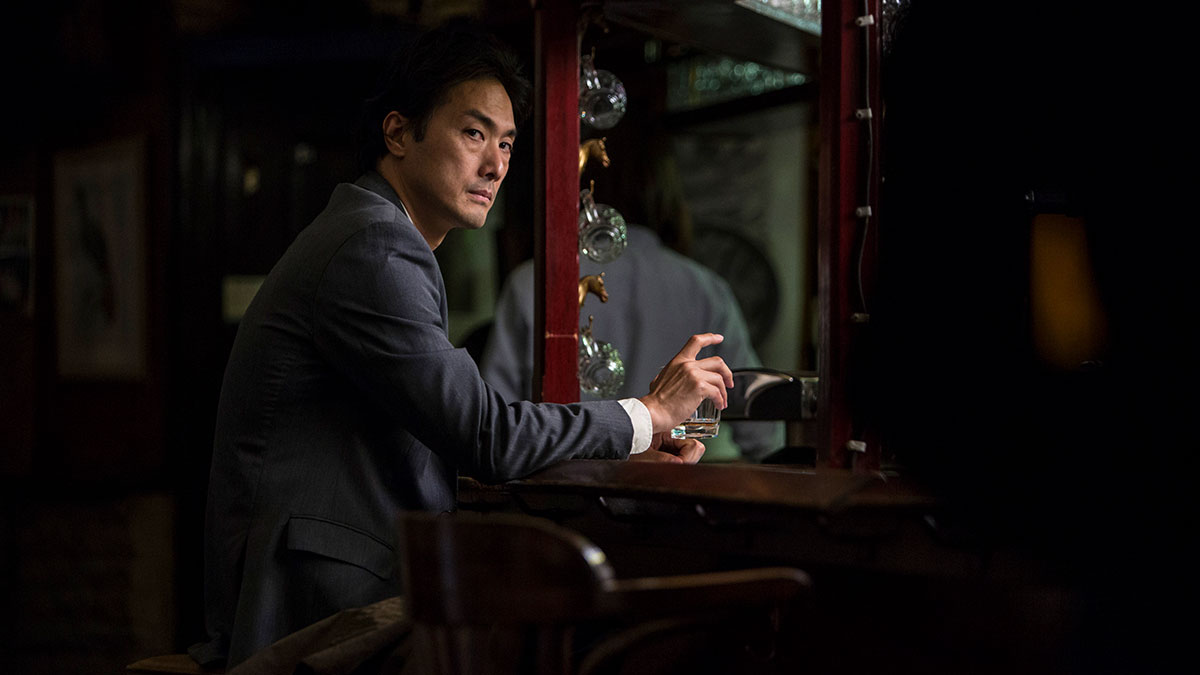 In an interview, creator Joe Barton explained how he got the idea that eventually turned into the series about love and mayhem.

“’Giri/Haji‘ came about from a brief conversation I had about seven years ago with my girlfriend at the time. She’d just started studying for a Masters in Forensic Crime Science at UCL and was telling me about her first day. Her fellow students were mostly recent graduates like her, except for one- a middle-aged Japanese man, sat at the back of the lecture theatre on his own, diligently taking notes and looking out of place amongst his other, younger, classmates. It turned out he was Tokyo detective, sent over to learn about forensic procedures used by the Met Police. Something about the image of that man sat by himself in a strange room in a strange country, many miles from home, stuck with me. And years later when I found myself preparing for a meeting with Jane Featherstone and needing to come up with some ideas to pitch, I found myself writing down ‘Tokyo detective. Comes to London for some reason. Maybe find his brother??’ It wasn’t much of a pitch but luckily it struck a chord, and here we are.”

Talk about finding inspiration in the unlikeliest of places! The image of a man in a foreign territory stuck with Barton so well that even after seven years, he couldn’t let go of it. It materialised on the screen in the form of Kenzo Mori, who is a fish out of the water, scouring the streets of London for something that he had lost a long time ago. Even though Barton extrapolated the story according to his imagination, it does make us wonder. Was that lone Japanese man really there for just a lesson in forensics?

Read More: Where Was Giri/Haji Filmed?