Is Heather Gay Married? Does She Have Children?

The debut season of ‘The Real Housewives of Salt Lake City,’ which premiered on November 11, 2020, circles around the personal and professional lives of a group of socialites residing in the titular Utah city. Along with that, it also focuses on somber subjects like religion and racism. The series has not only cast women of varied belief systems within the Mormon community, but these members also hail from distinctive races like Hawaiian and Pentecostal.

One of the faces that caught the fans’ immediate attention is Heather Gay, who got declared as the “tornado” by her co-star, Lisa Barlow, at the onset of the show. But is the “real housewife” married? Well, we have scoured the internet to find the answer and here is everything we know!

Heather Gay has come to ‘The Real Housewives of Salt Lake City’ as a single mother to three daughters, Ashley Gay, Georgia Gay, and Annabelle. The devout Mormon was married to a mystery man from the Mormon royalty for 11 years. Following her divorce, the reality TV star distanced herself from the church, which disregards their decision to lead individual lives. 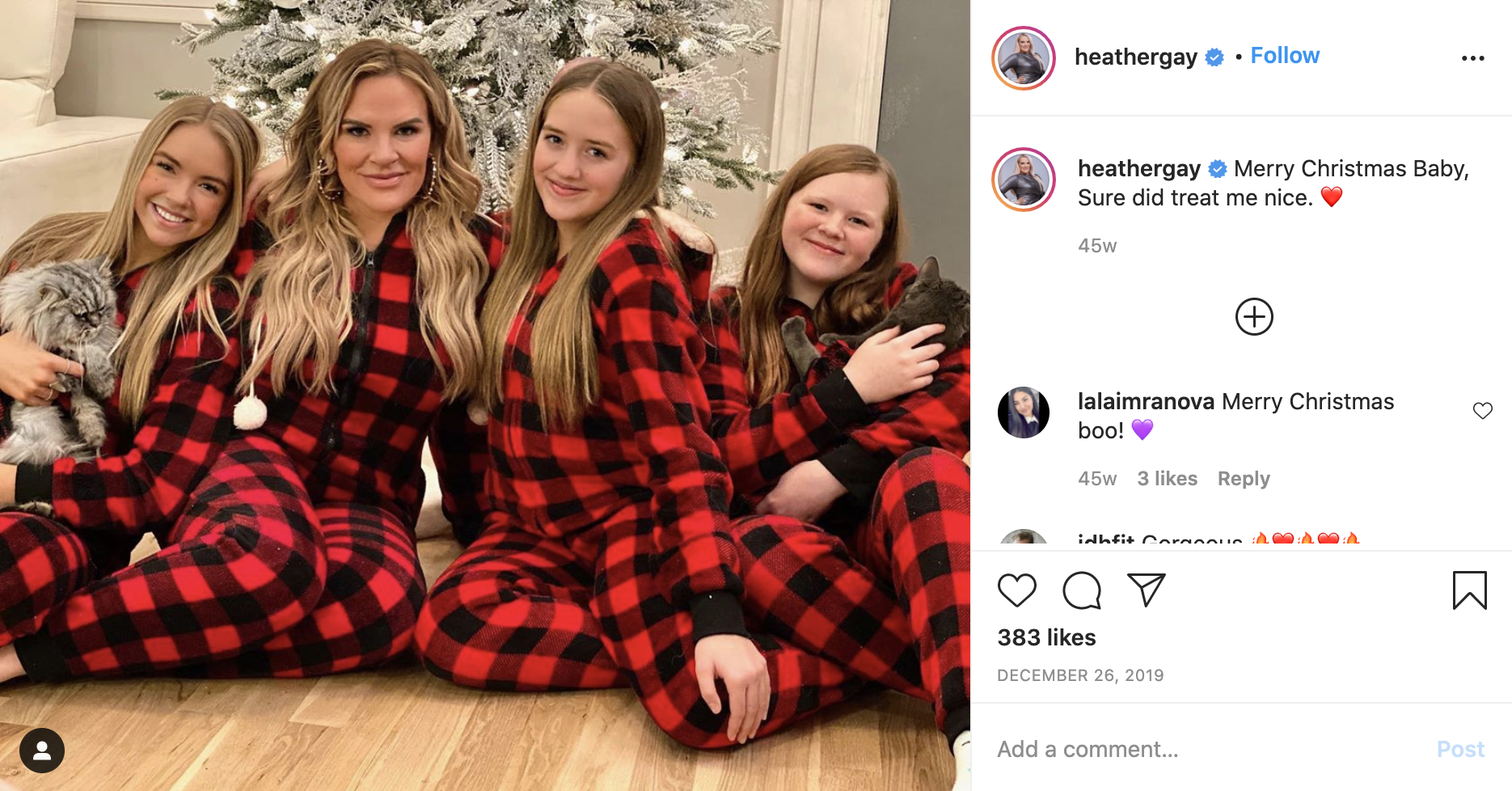 While already in the grey area, she fears being ex-communicated from The Church of Jesus Christ of Latter-day Saints for her partying ways that are bound to be showcased on Bravo TV’s hit reality show. Considering the tricky situation, she has chosen to remain discreet about the details of her ex-husband’s identity or their past life.

Heather has brought-up her baby-girls all on her own, who were only kids at the time of their parents’ divorce. In fact, her family is not too happy about her stint on television, but she is trying to remain unaffected by others’ opinions. Heather’s separation from her children’s father has taught her to stay selfishly authentic and always play by her own rules, among many other things.

Heather Gay has undoubtedly made brave choices in her personal space, and she does not intend to change this trait anytime soon. The “good Mormon gone bad” not only owns and runs a Med-Spa business called Beauty Lab and Laser but also believes in its potential to change lives for the better. She admits to getting Botox once every three to four months and getting her lips fixed once a year. She even undergoes a painful facial surgery twice a year and firmly believes that one could never get “too much” botox in life. 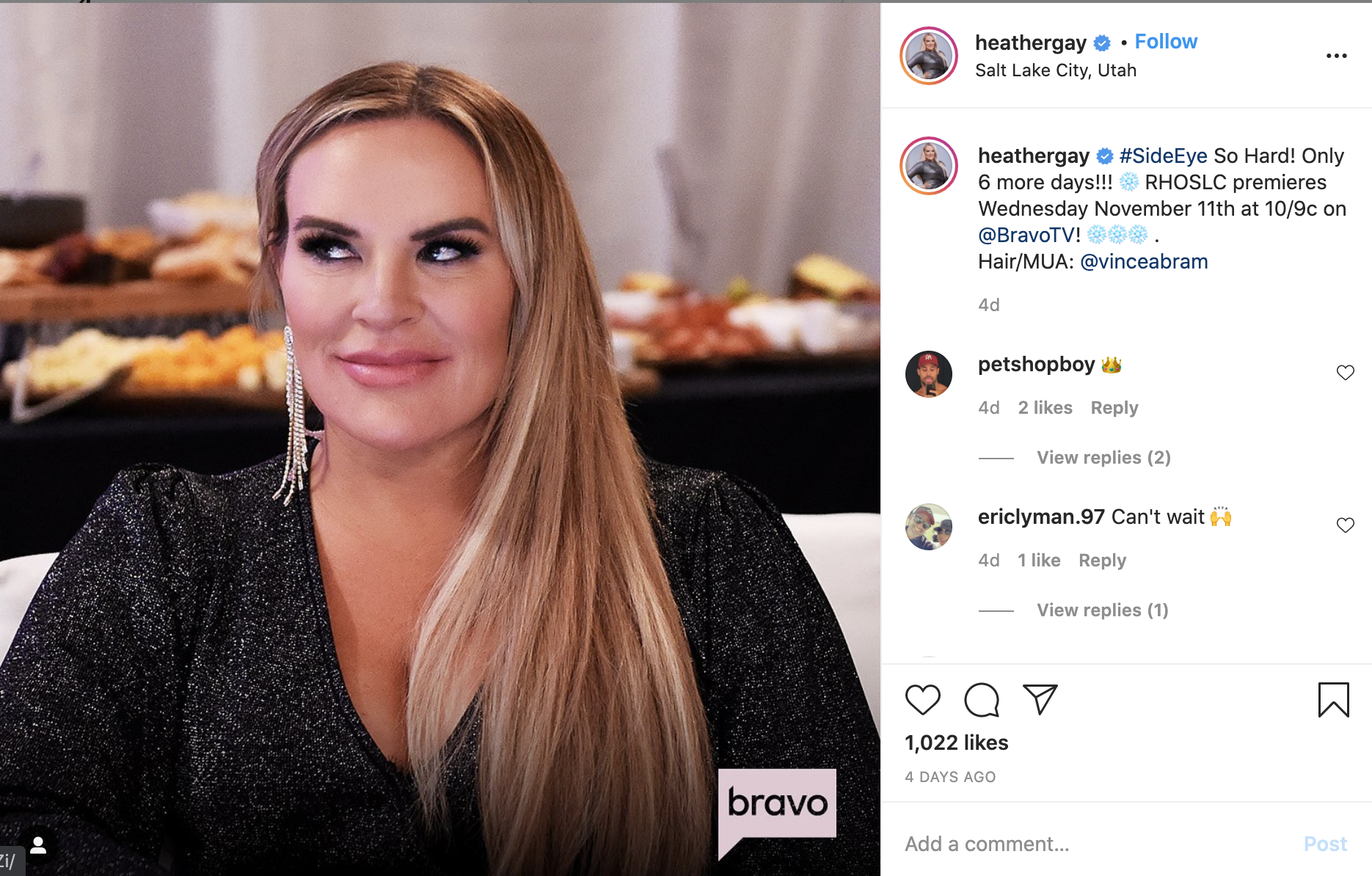 Also, Heather has remained on the journey of self-discovery as she did not get remarried but decided to redefine her own life. She wishes to use her celebrity status to find love again, and she could not be more ready to embark on the next chapter as soon as possible. When online trolls claimed that she has transitioned from a male to female, the entrepreneur saw the snarky comment in an extremely positive way. Irrespective of the strict doctrines laid down for the Mormons, Heather advocates for the transgender community and shows her unwavering support for them.

Read More: Is Mary Cosby Married? Does She Have Children?