Is Hustlers Based on True Story?

‘Hustlers’ is an American crime drama movie that has been directed by Lorene Scafaria. The plot of the movie centers around a group of women who drug clients who visit their club. The women steal their money by maxing out the credit cards and get away with it for the longest time. However, ultimately, their entire operation comes crashing down.

The movie made its debut at the Toronto International Film Festival. You can read our review here. Critics have already praised the film for the fantastic performances and the criminal elements that exist within the world of stripping. Jennifer Lopez, who stars in the movie, has already generated Oscar buzz, and her co-star Constance Wu, has also received praise.

However, what you might not know is the fact that ‘Hustlers’ is based on a real-life story, which was published in 2015 in the New York magazine. Titled, ‘The Hustlers at Scores‘, by Jessica Pressler, fact is perhaps wilder than fiction in this case. ‘Hustlers’ takes a few liberties with the plot and we are here to tell you the true story behind ‘Hustlers’.

What Happened in Real Life? 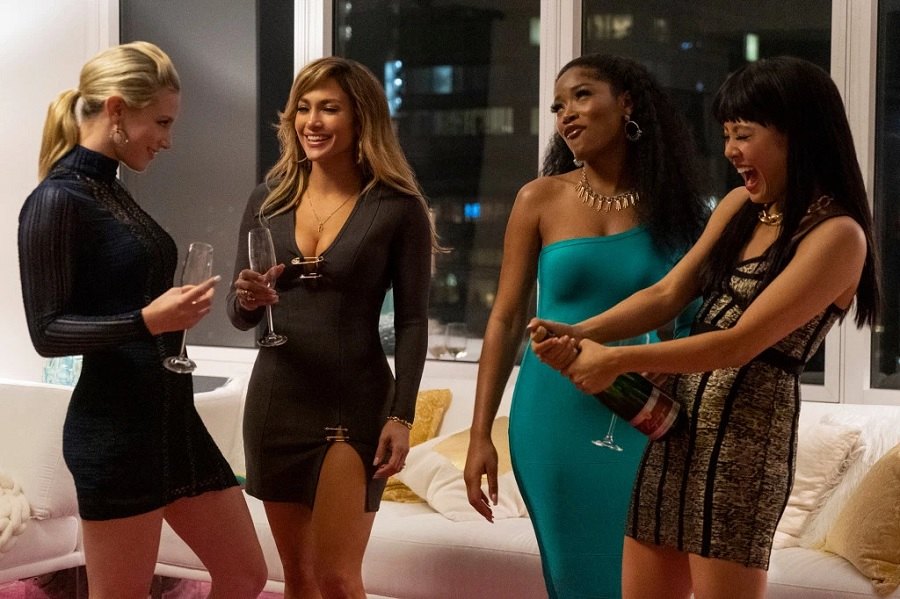 Before we get to what the movie changed, it is best to acquaint yourselves with the details as they happened in real life. Notably, the account in the New York magazine article comes from one of the members of the operation, Roselyn Keo, and is her version of the events. She has also shown support for the movie itself.

Roselyn Keo or Rosie was a wild child growing up. Her parents left her, which forced her to take a job at a diner, while she lived with her grandparents. Soon, she realized there was more money to be made by stripping, which had become an empowering profession at that time due to the third-wave of feminism. As she moved to Manhattan, since the real money was there, Keo met Samantha Foxx or Samantha Barbash. Samantha was a single mother working at Hustler’s. Although she was in her 30s, she remained relevant by mentoring young girls. She took Rosie under her wing and introduced her to the Wall Street clients. They made quite a lot of money off these people, who were willing to splurge in strip clubs.

At one point, Rosie even got out of the business but returned because her rocky relationship with her boyfriend required her to be financially independent, not just for herself, but for her newborn daughter as well. By this time, the market had collapsed in 2008 and business was no longer booming.

When Rosie made her way back, she learned that Samantha was running a very different kind of operation. Samantha had her own group of ‘minions’, who would target rich men at the clubs and bars. They would, then, bring them back to the strip clubs, where they would proceed to steal their credit card information and charge them to the limits. How did they get away with this? Samatha had her deadly concoction of MDMA and ketamine, which she would mix in the drinks to get the men blackout drunk. When the men recovered, they would not pursue the matter too diligently, because of the shame of having to admit that they had been to strip clubs. Additionally, they were also ashamed to admit they had been fleeced by women. Rosie got into the scheme and she ran it like a business. The clubs paid them for bringing clients and business. Samantha went ahead and expanded the group, including Karina Pascucci and Marsi Rosen.

The four of them had a good thing going and ended up outsourcing some of the business to prostitutes, since clients more often than not, wanted to have sex. It was a line that neither Rosie nor Samantha were willing to cross. One of the girls they later brought in was Marjorie, an ex-stripper, who would eventually bring down the operation. Soon the operation at the club took a hit since other strippers started doing the same thing. Samantha decided to take the strippers to the clients. Previously, a lot of clients wanted to be around strippers but did not want to go to the clubs. Having them in hotel rooms solved the conundrum and Samantha, Rosie and the gang had a monopoly on the business for a while.

However, the business soon got out of hand. A wedge was driven between Rosie and Samantha, which only increased as their scams became larger in size. Finally, they targeted a man who had too much to lose. Fred, as he is called in the article, was the beginning of the end for the group. He went to the police and opened an investigation. During this, Marjorie gave them up, according to the women. The law enforcement already had a case against them, which was only compounded by Zyad Younan, a cardiologist, who had lost $135,000 due to the girls. The women all took plea deals, with Rosie talking first. Following their sentencing, the women went their own ways, making the best out of life.

What the Movie Changed?

‘Hustlers’ gets the essence of the story right, but takes several creative liberties in the course of the film. The most evident change is the names of the characters. Roselyn Keo becomes Dorothy or Destiny, played by Wu. Samantha becomes Ramona Vega, played by Lopez. Karina Pascucci becomes Annabelle, played by Lili Reinhart, while Marsi Rosen becomes Keke Palmer’s Mercedes. Dawn, the girl who cooperates with the police, is actually Marjorie. The original journalist, Jessica Pressler, appears as Elizabeth, played by Julia Stiles. Even the name of the club has been changed from Scores to Moves.

In the movie, we see Ramona and her group working on the recipe for MDMA and ketamine, and knocking themselves out in the kitchen. However, in reality, Samantha had perfected the concoction before Rosie joined the operation.

The movie has several iconic scenes, one of them being a client who gets high and believes he can fly. He jumps from the building’s roof and aims for the pool. However, he crashes into concrete and has to be taken to the hospital. While there is no mention of this incident in the source article, there is a mention of a hedge fund manager who got so wasted that he bumped his head in a pool, suffering a concussion.

More importantly, in the movie, one of the clients who brings the operation down is an archeologist. In real life, he is a cardiologist. ‘Hustlers’ also makes it clear that Ramona is the ringleader, but the source article suggests that Samantha and Rosie played equal parts, using Samantha’s contacts and Rosie’s business acumen. There is also the aspect of Usher’s arrival at the club, which has no mention in the source article and might be entirely fictional.

What Happened to Ramona? 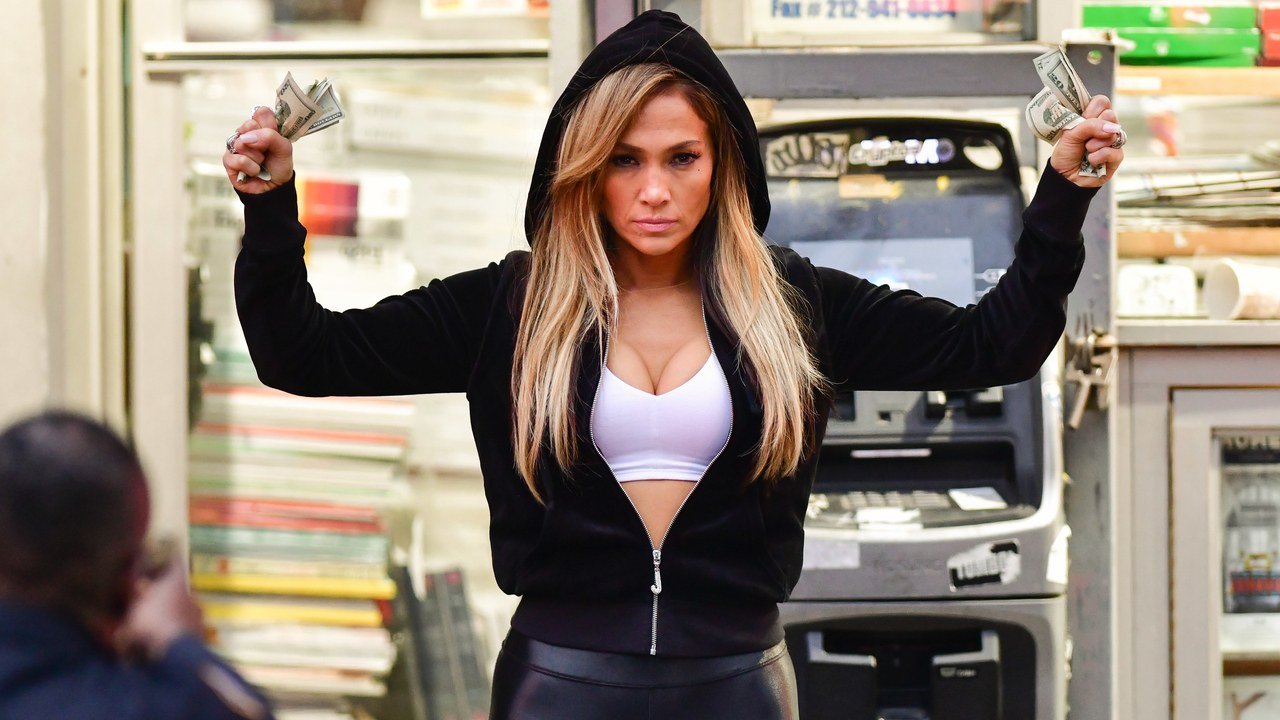 You must be wondering what happened to Lopez’s Ramona in real life. Well, although the actress is winning praise for her performance, the real-life Samantha Barbash is far from thrilled. She is a single mother, who was part of the scheme to embezzle money, but denies being a stripper. She claims she was a hostess. Moreover, she plans on suing the film’s production company, saying, “It’s my story she’s making money off of. If she wants to play me, then she should have gotten the real story… They’re going off a false story… I was not a stripper. Everything—where [Lopez] is going on poles and stuff—that’s not me… It’s defamation of character.”

Samantha has also insisted on being a part of the scheme only to make money for her child. While her child appears quite prominently in ‘Hustlers’, there is no mention of the child in the source article. The way Ramona looks is also rather different from how Barbash has been described in the source article, which says she “may have crossed a plastic-surgery Rubicon and could scare off those unaccustomed to creatures of the night.”

At the end of ‘Hustlers’, we see Destiny tell Ramona that she took the plea deal while hugging her. In reality, Samantha heard from another source and merely wished Rosie good luck over text. Currently, she is considering suing STX Entertainment for misrepresenting her life’s story. She has written a book titled ‘Underscore’, which tells the events from her perspective. Barbash has also made a life for herself and runs a medical spa. She happens to specialize in plastic surgeries and cosmetic procedures as well. 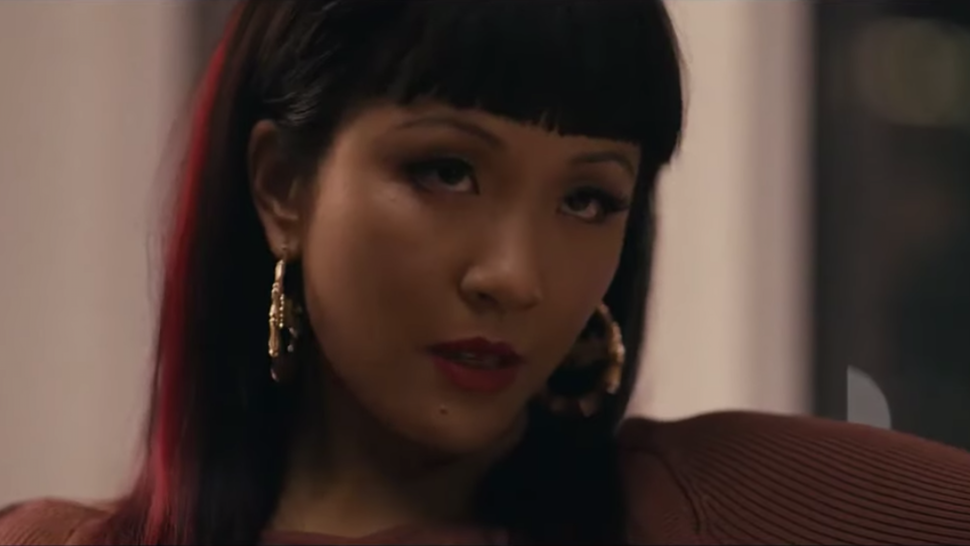 As for Roselyn Keo, she shares her similarities and dissimilarities with Wu’s Dorothy/Destiny. While the movie shows her working to support her grandmother, in reality, she worked to support both her grandparents. The film also starts after Dorothy has started working at a night club, skipping the time she worked at a diner. However, most of Keo’s story is accurate, since she was the source of the original article. Her relationships with her daughter and boyfriend have been accurately portrayed, but the deep friendship Dorothy shares with Ramona is just not true. Keo and Samantha do not reconcile, which the movie hints at. In fact, Keo has said that there was not much to salvage by way of a relationship. They were just a group working together on something illegal.

Much like in real life, Dorothy is shown taking the plea deal first. Both Samantha and Keo took plea deals, avoiding jail time. Keo is writing her own book titled ‘The Sophisticated Hustler’, and has considered getting into motivational speaking like Jordan Belfort in ‘The Wolf of Wall Street‘. Although ‘Hustlers’ hinted at a reunion between Ramona and Dorothy, Keo, in real life, maintains no contact with Barbash or anyone else from the club.

Read More in Explainers: The Favorite | Ready or Not