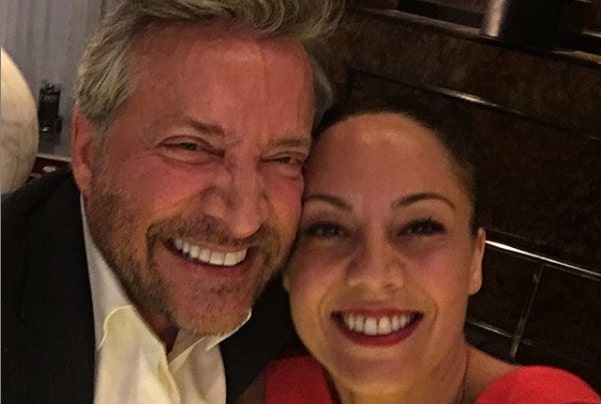 James Arthur Ray is the subject of the new Wondery podcast, ‘Guru.’ It focuses on the life of the motivational speaker, and how it all unraveled after the tragic incidents at the Arizona retreat. Ray assumed a God-like persona in his sessions, which turned the entire experience somewhat cultish. Amongst the things that the members did, they went to a place called the Sweat Lodge. Members, including Ray, had to stay in extremely high temperatures for long periods. Unfortunately, in 2009, three individuals died, and Ray was charged and convicted for negligent homicide.

Eventually, he came out of prison and focused on redemption, which is evident in his book “The Business of Redemption.” In the book, he thanks Bersabeh Ray for believing in him when he was broken and for gluing the pieces back together. James seems to be out of words to express gratitude for all she’s done for him, and for designing the cover art of the book. So, who is Bersabeh, and where is she now?

Bersabeh is James’ wife, and from what we are given to understand, he met her after his time in prison. James wrote in his book that they had not found each other at the time of crisis. However, she was there while he was making his journey back. Notably, he refers to his return to the public eye. James has credited Bersabeh for teaching him the meaning of authentic love.

Apart from his high words of praise, James also includes Bersabeh in his teachings of life. He’s spoken about how he and his wife carry a golden coin called memento mori. The words signify death, and it helps them remain focused on their goals. See James’ post below.

My wife Bersabeh Ray and I both carry a golden coin in our pockets that states Memento Mori. In the opposing pocket I…

Apart from how James feels about Bersabeh, she describes herself as an artist who loves to paint. She’s also an executive producer. Here is her latest work of art.

I call this The Journey. I’ve been working on this since the beginning of this year and there’s a great Rumi quote that seems just right for now… “I know you're tired but come, this is the way.” ~Rumi Oil on canvas 48X24 inches #grateful #Wednesdaywisdom #artist #painting #blessed #painting🎨 #artistsoninstagram

Where is Bersabeh Ray Now?

In case you are wondering if James and Bersabeh are together, they remain happily married. Here’s a recent post featuring the couple, titled “The Ability to Respond.”

The couple is not all work and no play either since Bersabeh shared an adorable picture of her husband making birthday dinner plans for her. See the post below.

Bersabeh is involved in Ray’s work, as we have already mentioned. Here’s proof about how she actively engages as a speaker who parts with her wisdom.

Hey guys! I'm excited to announce that @bersabehray and I have been invited to be a featured speaker on The Science and Poetry of Love Online Speaker Series!! Join me and 31 other top professionals (sexologists, psychotherapists, love coaches, life success trainers) from around the globe as we bring you insights into research revelations and poetry induced feelings about love. #ScienceAndPoetryOfLoveSummit CLICK THE LINK TO JOIN. https://bit.ly/2KtrwUl

Finally, we leave you with some happy pictures from James and Bersabeh’s ‘Baha’ or marriage ceremony, which seems to have taken place in 2019. It is clear that the couple is incredibly happy, and they seem to have a pet as an additional member of their family. [Cover Picture Courtesy: Bersabeh Ray/Instagram]

Thank you ALL for our amazing #Bahá’í ceremony! It was perfect in every way and a BIG thank you to my family for putting everything together!!! We love you all so much! I’m super proud of my husband @jamesarthurray and I wanted to share one of our special moments with you all here dear friends. For those who have asked me what is a #Bahá’í ceremony I put a little description below #Bahá’í marriage is the commitment of the two parties one to the other, and their mutual attachment of mind and heart. Each must, however, exercise the utmost care to become thoroughly acquainted with the character of the other, that the binding covenant between them may be a tie that will endure forever. Their purpose must be this: to become loving companions and comrades and at one with each other for time and eternity…. The true marriage of Bahá’ís is this, that husband and wife should be united both physically and spiritually, that they may ever improve the spiritual life of each other, and may enjoy everlasting unity throughout all the worlds of God. This is Bahá’í marriage. —Selections From the Writings of ‘Abdu’l-Bahá