Is Jenna Lee Married? Does She Have Children?

Jenna Lee is an American journalist who transitioned from a freelance writer to a camera-facing news presenter in almost 20 years. After dedicating a decade to Fox News, first as its business reporter and then as the co-anchor of ‘Happening Now,’ she decided to leave the network to put into motion her “bigger” plans of being an entrepreneur. Jenna Lee established an online news portal, “SMART HER NEWS,” aiming to cover women-centric stories.

Through her portal, she specifically updates American women with the latest news. Her crystal clear plans and their flawless execution seem like an indicator of stable home life, as it gives her no reason to stress on a personal front. But who is her husband, and does she share any child with him? We had to dig a little deeper for the answers, and here is everything we found out!

Jennifer Anne “Jenna” Lee was born in San Francisco to Janice, a retired first-grade teacher at Dr. William Cobb Elementary School, and Robert Lee. Most of her family members have had distinctive careers, but only her grandfather, Paul Kern Lee, belonged to the media industry. He was a war correspondent at an American non-profit news organization, Associated Press, based in California. Lee’s father is a renowned former professional football player. 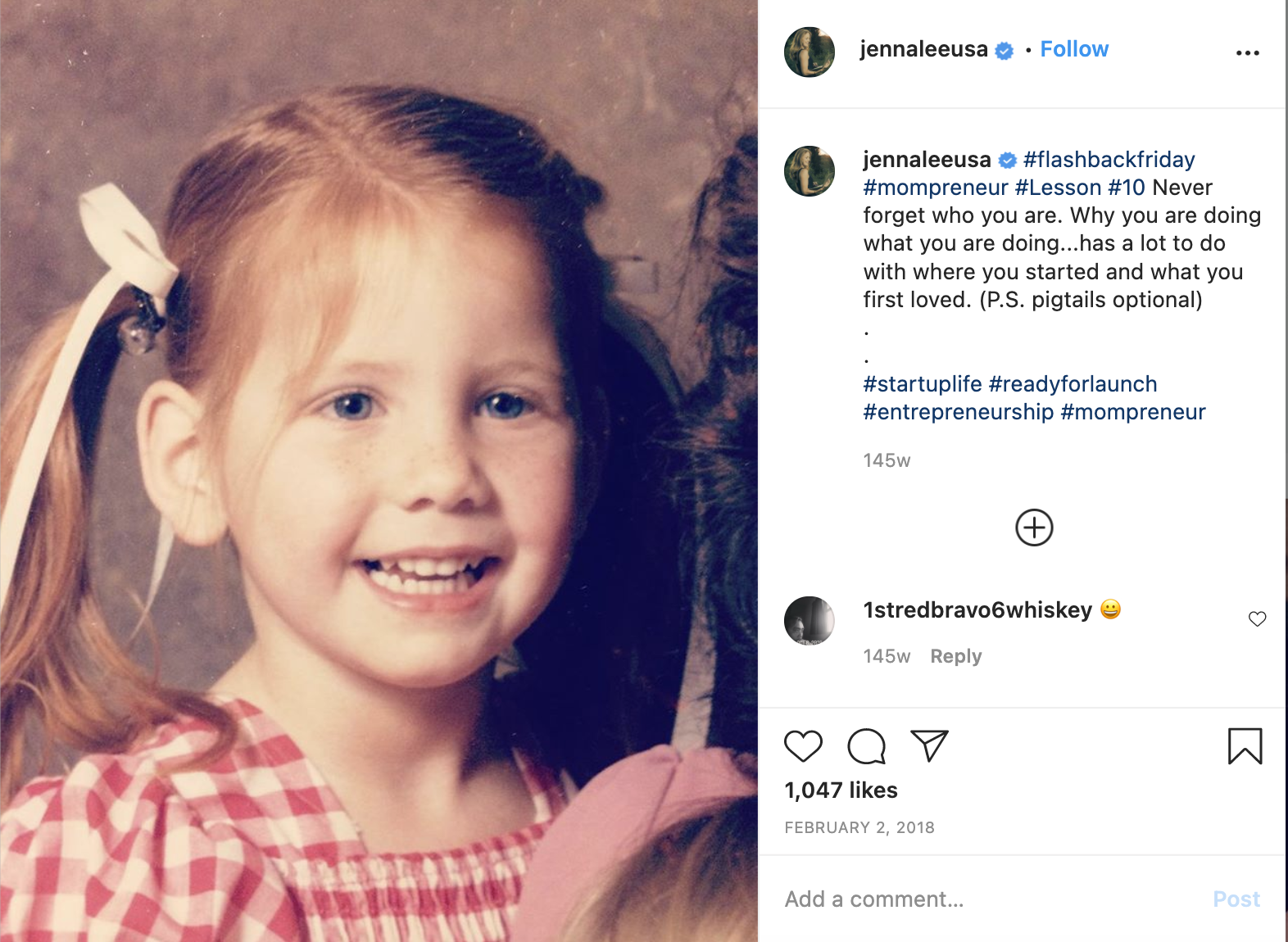 Lee’s brother, Zac Lee, closely followed their father’s footsteps as he was also a professional quarterback. Robert retired in 1980 as a quarterback with the Los Angeles Rams of the National Football League. Not much is known about his second son, Matt. In fact, even Lee had an active sports life during her formative years. During her graduation from the University of California, Santa Barbara, she played softball, but the news anchor’s central focus was always academics.

In 2002, she earned a Bachelor of Arts degree in English and Global Studies. Without wasting any time, she began working as a freelance reporter at Marina Times, a San Francisco community newspaper, and continued the same for a couple of years. Before joining Fox Business Network in 2007, she honed her skills as a professional journalist at an American local news channel NY1 and then moved to Forbes for a full-time job as a freelance writer.

Despite living a pretty much public life, Jenna Lee has never flexed her celebrity status. This includes the fact that the talented journalist has remained tight-lipped about her personal life. She is a wife of a decorated military officer, Lieutenant Commander Leif Babin. He is a former Navy SEAL officer who served as an executive and was awarded the Silver Star, the Bronze Star, and the Purple Heart for his selfless services during the Iraq War in 2006. 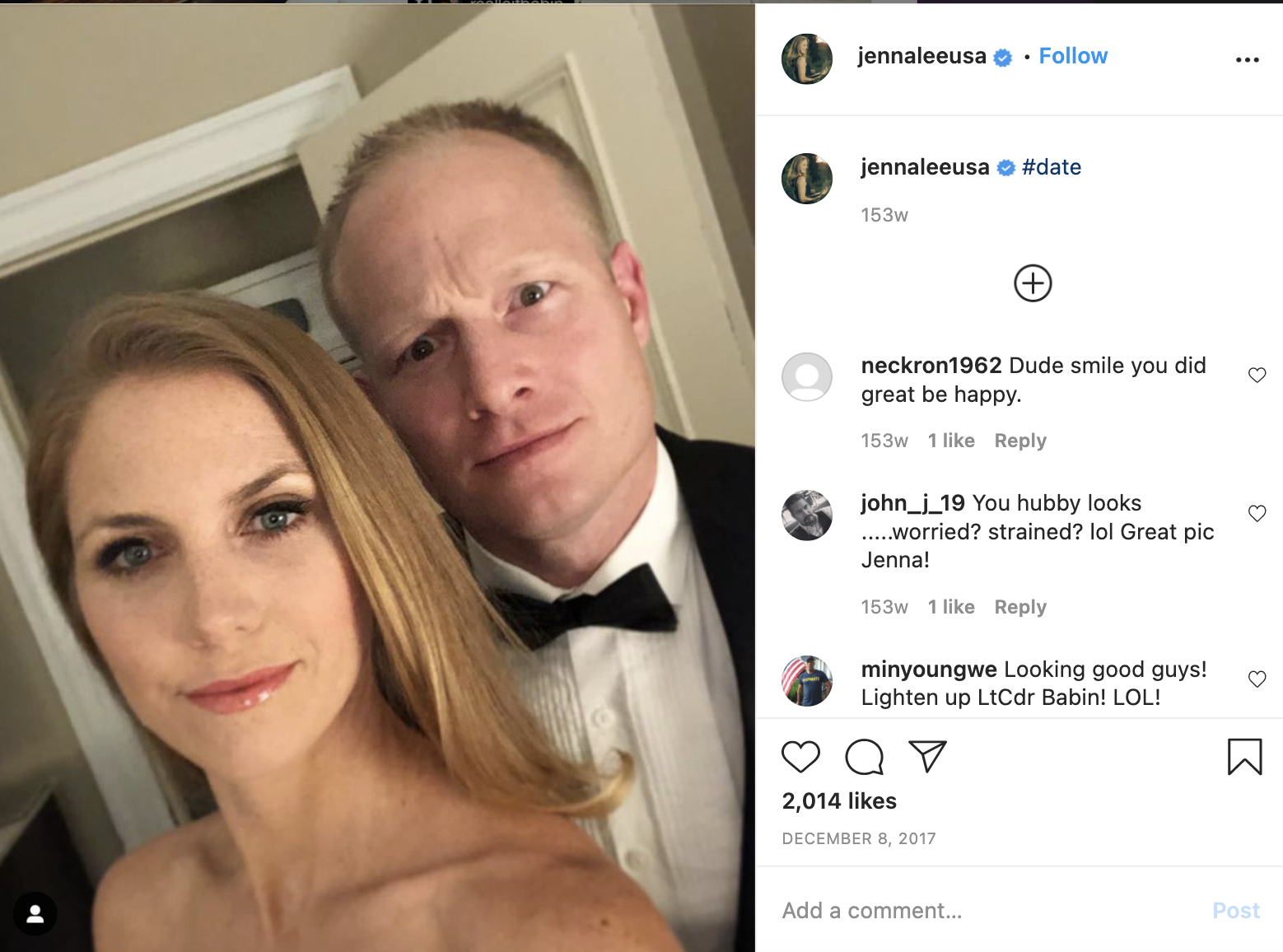 In 2008, Jenna Lee and Babin crossed paths at the Waldorf-Astoria in New York while attending the Navy SEAL Warrior Fund dinner. They realized a deeper connection with each other immediately after striking up a conversation. The two began to date right away, and nothing could come in their way as they have been busy building the perfect life since then. Sharing their wedding vows on July 3, 2011, Jenna Lee and her husband got their marriage officiated in the chapel of the Old Glory Ranch in Wimberley, Texas. 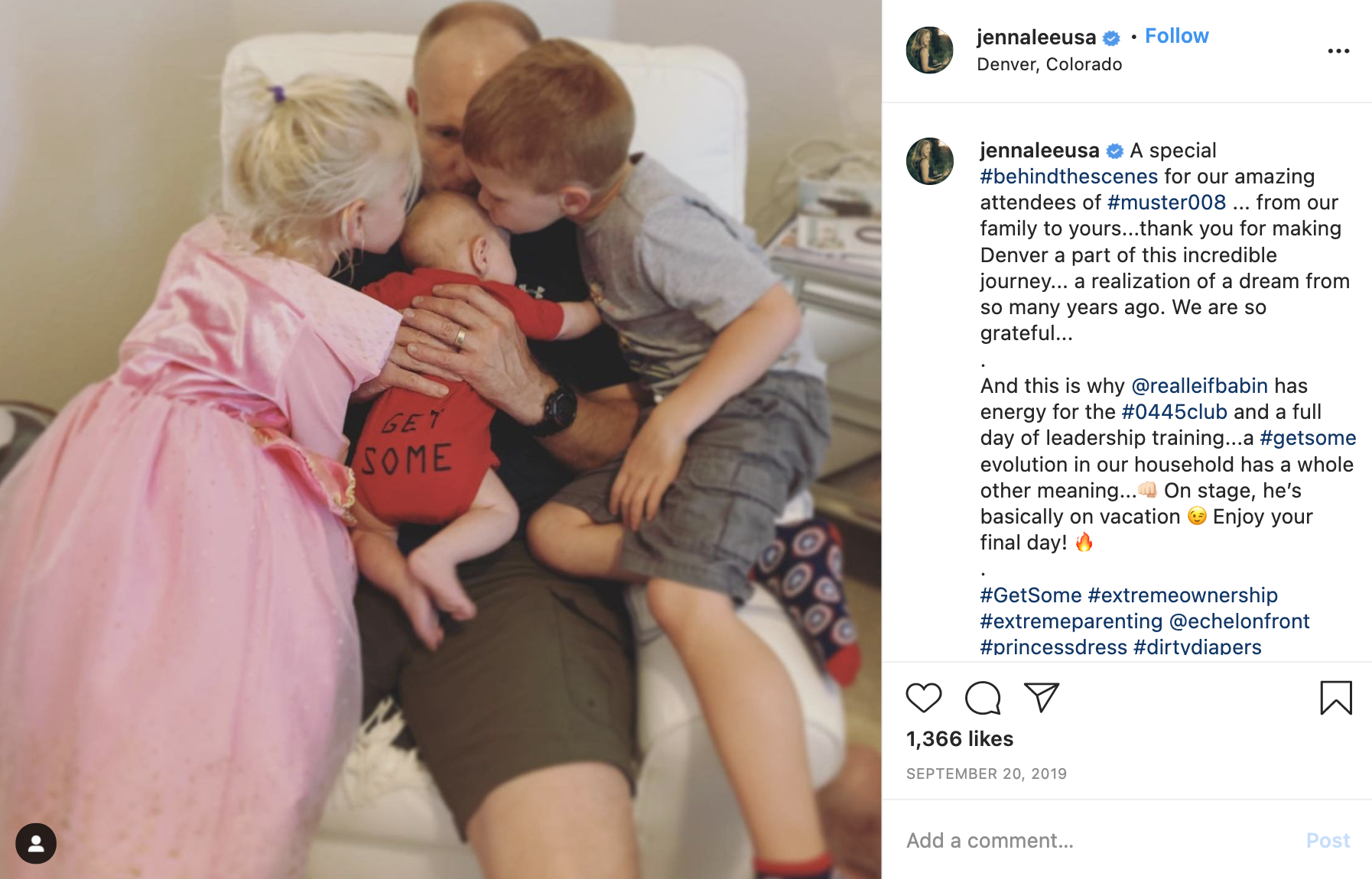 Babin was respectfully discharged from his position as a lieutenant commander in the Navy a week before their nuptials and began studying for a law degree at Fordham. They specifically treated their guests to pink margaritas, which is the very drink that the two had shared on their first date. Without revealing too many details, Lee has gradually introduced her three children, Trace, Liberty Josephine, and their youngest, Truett Ryan, to the world through her social media accounts. After having their third child on July 23, 2019, the family of five has been happily residing in Austin, Texas.