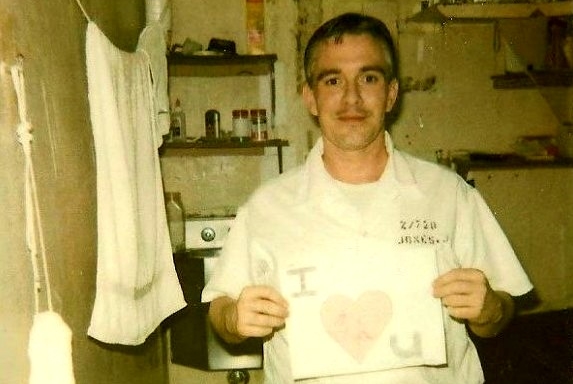 Netflix’s ‘Unsolved Mysteries‘ is a gripping revival of an iconic documentary series. Through interviews and sequences, we attempt to delve into real cases of shocking murders, unexplainable disappearances, and what seems like paranormal encounters. One of the cases that come up is the mysterious disappearance of Patrice Endres, the Georgia mom who vanished without a trace in 2004. One of the suspects who is considered is Jeremy Jones, a serial killer. So, who is he and where is he now?

Who is Jeremy Jones?

Jeremy Jones, born in 1979, is a convicted murderer who has killed anywhere between 4 and 11 women, aged 16 to 44 years. From the information he gave law enforcement agencies, authorities have classified him as a serial killer. He’s operated in Kansas, Alabama, Georgia, and Louisiana.

Part of Jones’ modus operandi was his charm. He considered himself a ladies’ man and loved to brag about it. It wasn’t just empty talk because wherever Jones ended up, he got a devoted girlfriend who considered him to be a sweet and charming man even after he raped and beat them.

Over the years, Jones used the alias John Paul Chapman, and while using this ID, he was arrested for drug possession. Either Jeremy got very lucky, or he talked his way out of it because the arresting officer didn’t even take him to get fingerprinted. Jones has had run-ins with the law on several other occasions including indecent exposure, trespassing, and drug charges. He’s also been charged with raping two girlfriends but didn’t serve time after the charges were reduced.

In 2005, Jones was arrested for the murder of Lisa Nichols, at which point, his previous crimes came to light. Jones admitted to murdering around 17 women, having started around 1992. He was able to get away for all these years because no matter how dangerous Jones seemed, women were willing to spend time with him until it was too late and he was killing them.

Where is Jeremy Jones Now?

Jeremy Bryan Jones was sentenced to death in 2005 and the sentence was upheld in 2010 by the Alabama Appeals Court. Notably, Jones was tried for four counts of capital murder and the jury only deliberated for a couple of hours before finding him guilty of rape, burglary, sexual abuse, kidnapping, and capital murder. He is currently a death row inmate at the Holman Correctional Facility in Atmore, Alabama. Since he’s on death row, there is no possibility of a parole hearing. Check out his status here.

Although Jeremy did not murder Patrice, his name comes up because he’s been operational in Georgia, and had not been arrested in 2004, which is when Patrice went missing. Despite seemingly having nothing to do with her disappearance, Jeremy has his share of crimes for which he is paying at present. Currently, his execution date has not been set, so he will remain in the prison facility until it is specified. [Cover Picture Courtesy: Orton’s Crime Blog]