Is Kristen Cavallari Married? Does She Have Kids? 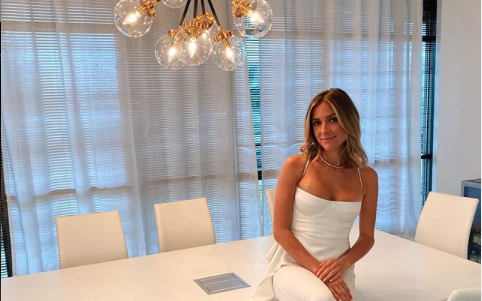 Kristen Cavallari is a TV personality who first rose to prominence in 2004 in MTV’s ‘Laguna Beach: The Real Orange County.’ It documented the lives of several teenagers attending Laguna Beach High School and ran for 3 seasons. She currently stars on E! in her very own show called ‘Very Cavallari.’ She has definitely come a long way from being a junior in high school, and if you want to learn more about her life, you’re in the right place.

Kristin started dating former NFL quarterback, Jay Cutler, in fall 2010, after being introduced by Giuliana Rancic. The two got engaged in April 2011. By July, she called off the engagement because she did not want to be a stay-at-home mom, she confessed in her book ‘Balancing in Heels.’ She felt that some things needed to change, and breaking up would show him how seriously she felt about this. Well, it seemed to work as they reconciled by November. They proceeded to get married in June 2013, in Nashville, Tennessee.

However, the pair announced that they were getting divorced in April 2020 because they grew apart as individuals. Initially, they said that they had nothing but love and respect for each other. But over the next few weeks, a different picture was painted. Allegations of infidelity and inappropriate marital conduct were levied. It was reported that while the two of them were living under the same roof for the sake of their kids, their personal relationship was anything but amicable.

With great sadness, after 10 years together we have come to a loving conclusion to get a divorce. We have nothing but love and respect for one another and are deeply grateful for the years shared, memories made, and the children we are so proud of. This is just the situation of two people growing apart. We ask everyone to respect our privacy as we navigate this difficult time within our family.

In recent times, however, it seems that the couple is truly trying their best to resolve their issues in a loving and supportive manner. In July, he even uploaded a very sweet story supporting his ex-wife and her upcoming cookbook. It seems that while they may have had a rough patch initially, the two are moving forward with a more cordial split.

Who is Kristin Cavallari Dating?

Kristin Cavallari has had quite the dating life. In ‘Laguna Beach,’ she had an on-again-off-again relationship with her senior Stephen Colletti, which also lead to tensions with cast member Lauren Conrad. The love triangle that existed between them was a focal point in the show’s narrative. She said that he was the most important thing in her life back then and that she hated fighting with him on camera because it was like airing their dirty laundry. Their relationship did not last for too long and ended when he went off to University of Southern California.

In recent times, 4 months after her split from her husband, she posted a photo of her and Stephen, now 34, on Instagram. It has been reported that the two have not rekindled their romance.

She also dated Talan Torreiro and Matt Leinart, who would go on to play in the NFL. They have remained friends despite the relationships being short-lived. She was also linked with Hollywood stars like Chris Evans and Nick Lachey, with whom she was just friends.

Does Kristin Cavallari Have Children?

Kristin Cavallari has 3 children (2 sons and 1 daughter) with her ex-husband Jay Cutler. Camden Jack was born in 2012, and it was after his birth that the couple tied the knot. Two more children followed— Jaxon Wyatt in 2014, and Saylor James was born in 2015.

Everything made sense once I become a mom to these 3. Being their mom is the greatest gift. Happy Mother’s Day to all of the moms out there 💕

She told People in 2016, “Becoming a mom is where I blossomed. I finally feel like I’m where I’m supposed to be in my life and I’m very comfortable being a mom.”

Her reality show on ‘Very Cavallari’ revolves around her life as she juggles work with family. The children, however, remain totally off-limits for the show. She said that when they are old enough, they can make their own decisions, but for now, they are just kids and she wants to keep it that way.