Is Leah Remini Married? Does She Have Children?

Leah Remini is a famous actress who made a mark in the industry with ABC’s ‘Living Dolls’ and CBS sitcom ‘The King of Queens,’ which changed her life forever. While the American activist has spent most of her teenage years as a Scientology practitioner, she discussed her departure from the Church of Scientology on ‘The Ellen DeGeneres Show’ in 2013. Following her decision, she became an executive producer and host of ‘Leah Remini: Scientology and the Aftermath.’

The eight-episode docu-series candidly narrates the harrowing experiences of ex-Scientologists’ like herself. The two-time Primetime Emmy Award winner show concluded in 2019 but has remained glued to her name ever since. The one person who has stood by her side through the various controversies she faced is her husband. Here is everything we know about the adorable couple!

Born on June 15, 1970, in Brooklyn, New York City, Leah Remini’s mother, Vicki Marshall, was a schoolteacher, and her father, George Remini, was the owner of an asbestos removal company. She grew up in Bensonhurst with her two siblings, Michael and Nicole, and four half-sisters, Christine, Stephanie, Elizabeth, and Shannon. Baptized Roman Catholic at birth, Remini inculcated the tradition during her formative years.

The then-8-year-old was put through a significant shift of belief as her mother joined the Church of Scientology after moving to Los Angeles. Remini is renowned for making bold statements and unapologetically so. In a tell-all memoir, ‘Troublemaker: Surviving Hollywood and Scientology,’ the actress-turned-author explicitly states, “I am selfish and self-centered … have physically threatened people … my husband is a serial cheater and my mother was a sl-t.” While her fans appreciated her outright honesty, she also received a serious backlash.

The quote made headlines after Joy Behar read it on her show ‘The View Tuesday’ with Remini as the guest. Instead of mincing her words, she further commented on her mother, “It was the 70s and she was doing drugs at the time.” While it may look like the ‘Kevin Can Wait’ star would face severe consequences at home, surprisingly, her husband completely supported her stance. Let us know more about Remini’s man and their journey together!

#tbt So proud of @leahremini ! Brave, bold and beautiful. I got your back baby!! #troublemaker https://t.co/ss4IAHHnZZ

Leah Remini met Angelo Pagan in 1996 at El Floridita, a Cuban restaurant and nightclub. They tag their meeting as “love at first sight” and have chosen each other every day since the momentous event PEOPLE reported the ‘Fired Up’ star’s wedding with the actor/salsa musician on July 19, 2003. Their grand nuptials were graced by their kith and kin and took place at the Four Seasons Hotel in Las Vegas, Nevada. 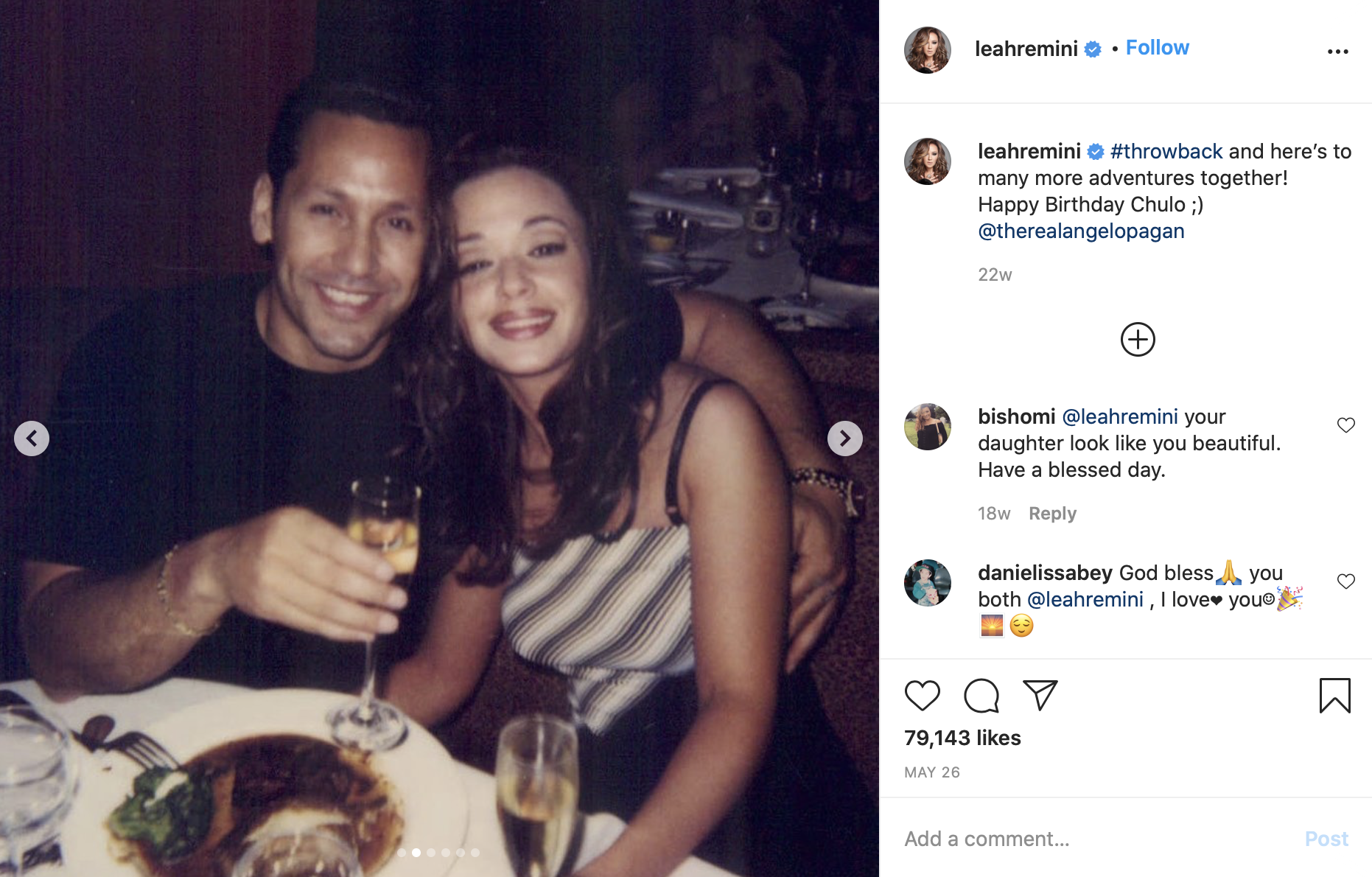 On June 16 of the following year, Remini became a mother to their only child, and they named their baby-girl Sofia. While Remini and her husband faced a handful of complicated situations, they untangled them together. Instead of jumping on the opposite side, Angelo unabashedly supported his wife after she decided to leave the Church of Scientology after over 30 years. Their followers witnessed the precious bond that the two share on the reality TV show, ‘Leah Remini: It’s All Relative.’ 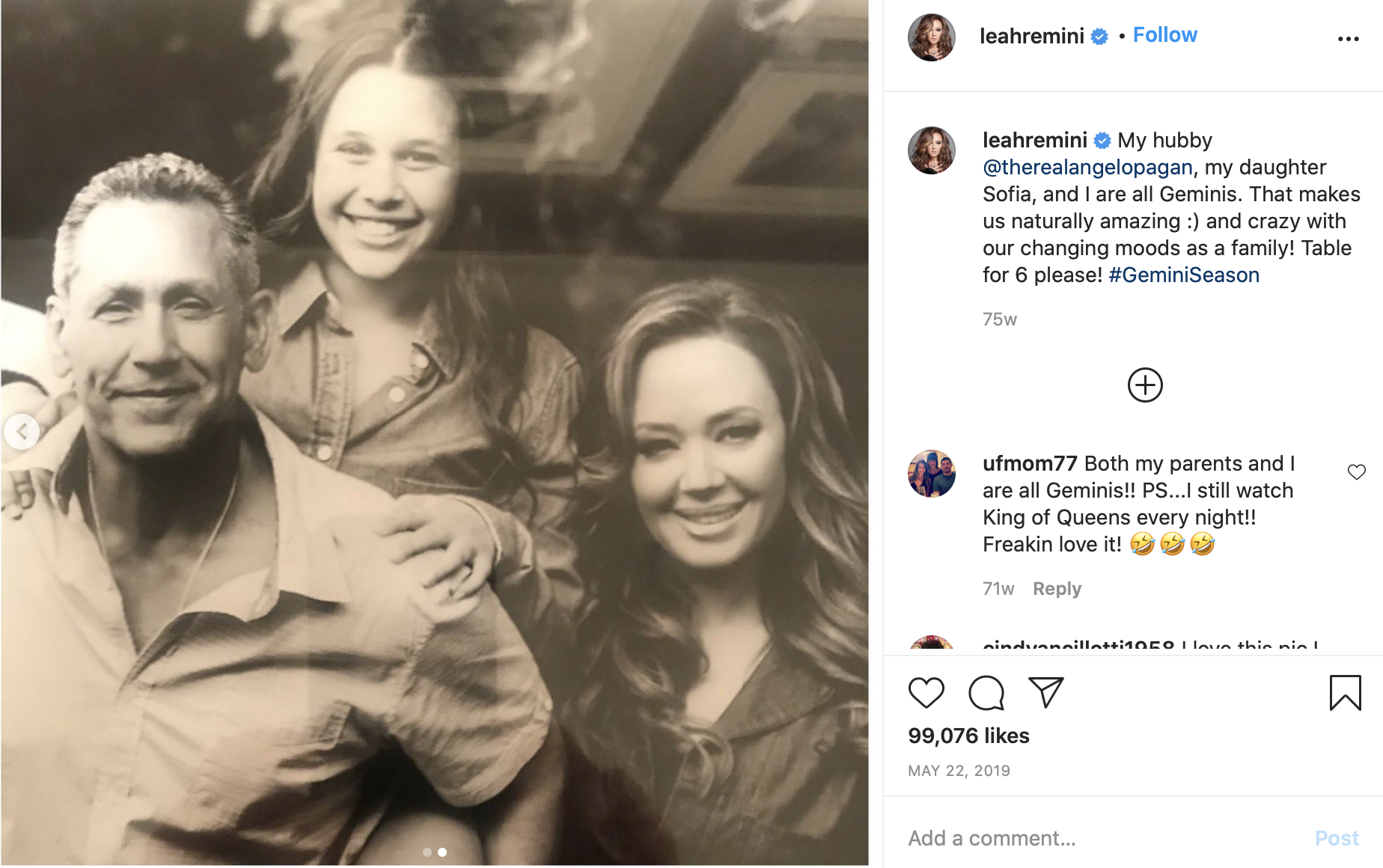 After the show’s premiere on July 10, 2014, the audience saw the fan-favorite couple jiggle through the innumerable day-to-day situations like any other “normal” person. They have successfully maintained a healthy relationship during their 17-years-long marriage and counting. The two live in a luxurious mansion in Studio City, California, with their three sons, from Angelo’s previous relationship, and their daughter.