Is Nikki Bella Married? Does She Have Children? 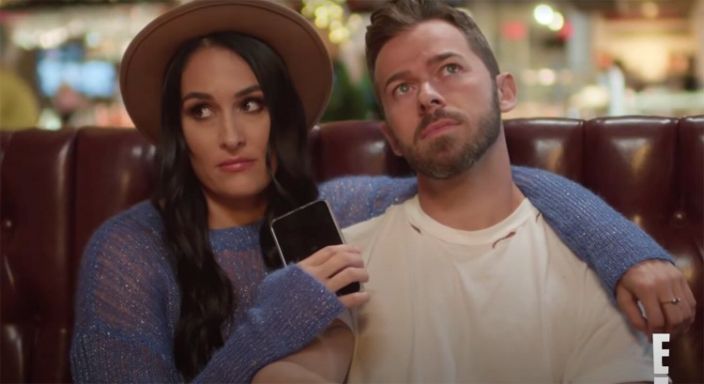 Nikki Bella is a retired professional wrestler who holds the record for being the longest-reigning Divas Champion in WWE history. She went on to become an entrepreneur and a television personality, appearing on drama series like ‘Total Divas’ and working with her twin sister, Brie Bella, for podcast and reality show ‘Total Bellas.’ The show offers fans an in-depth look into the personal lives of The Bella Twins.

The hearts of fans went out to the reality TV star when she was suffering from heartbreak after her six-year-long relationship came to a sudden end. But when love knocked on her door again, Nikki opened it with bright eyes. As difficult as it was for her to embrace the complex feelings for her now-fiancé, every sinew in her body told her that it was going to be worth it.

Before Nikki Bella adopted the moniker for WWE, she was born as Stephanie Nicole Garcia-Colace to her Mexican and Italian parents, Jon Garcia and Kathy Colace. Her twin sister, Brie Bella, was born just 16 minutes after her, and the duo has shared an extraordinary bond since the time of their birth. They grew up dreaming the same dreams and even had an akin career – starting from modeling and acting, they both went on to become WWE professional wrestlers. 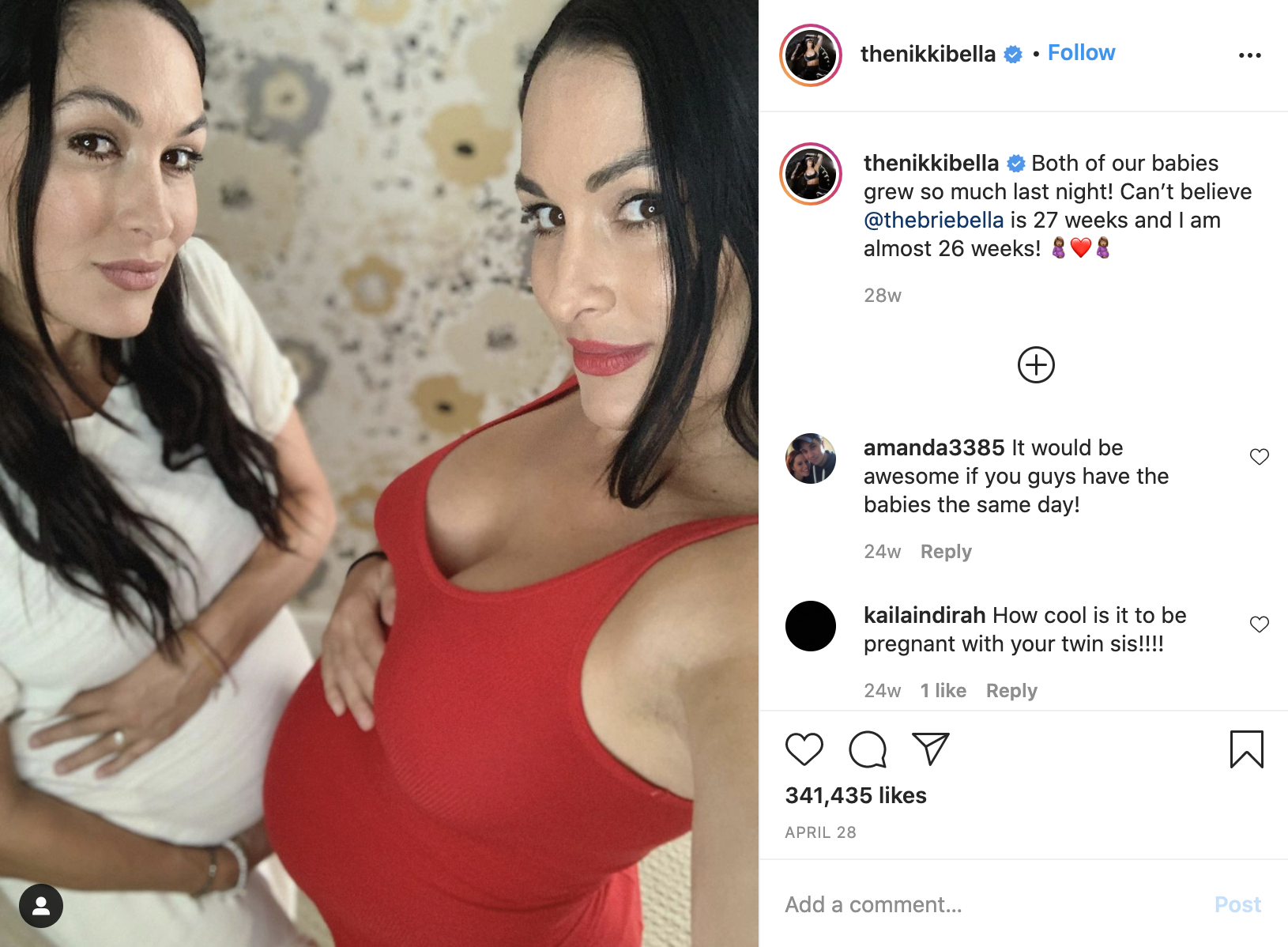 After retiring from the profession, the sisters became podcasters and reality TV stars and worked on the same projects. The famous American drama series, ‘Total Bellas,’ beautifully portrays their emotional connection with each other. Its sixth season showcased Nikki and Brie experiencing pregnancy together and giving birth to sons in adjacent hospital rooms, one day apart. Talk about twin-love!

In addition to her illustrious wrestling and television career, Nikki Bella garnered a lot of popularity and fan following because of being in an on-and-off relationship with WWE superstar John Cena. The two started seeing each other in 2012 and instantly became a hit couple. In 2017, her then-beau proposed the ‘Total Bellas’ star inside a wrestling ring at WrestleMania 33. 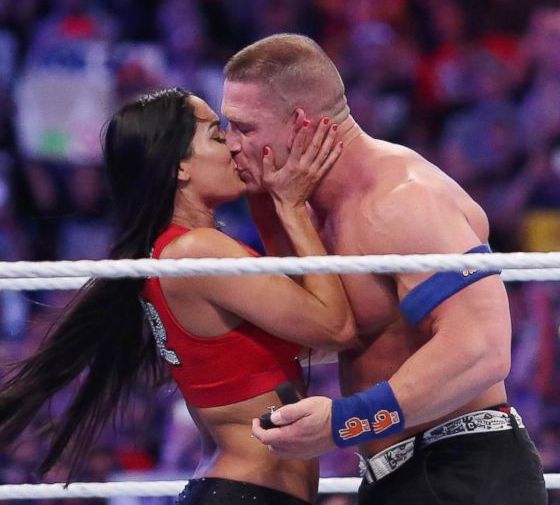 Much to the shock of everyone, they mutually decided to call it quits in April 2018 despite the wedding being only a month away. It is speculated that John Cena got cold feet just as their set marriage date came nearer and failed to prioritize his fiancée. While there is no way to confirm the tittle-tattle, Nikki was surely devastated after the break-up, so much so that she even found it difficult to move on with someone who sincerely cared for her feelings. But luckily, she did!

Nikki Bella and Artem Chigvintsev, a professional dancer on ‘Dancing With The Stars,’ first crossed paths when she became his celebrity partner on Season 25. Their first meeting in 2017 was unfortunately cut short as their team got eliminated after the seventh week. But it did not entail much interaction as the then-WWE wrestler was still engaged to John Cena. Awkwardly, Cena had even wished for Chigvintsev to teach him and Nikki their first dance that the two would perform on their wedding day. 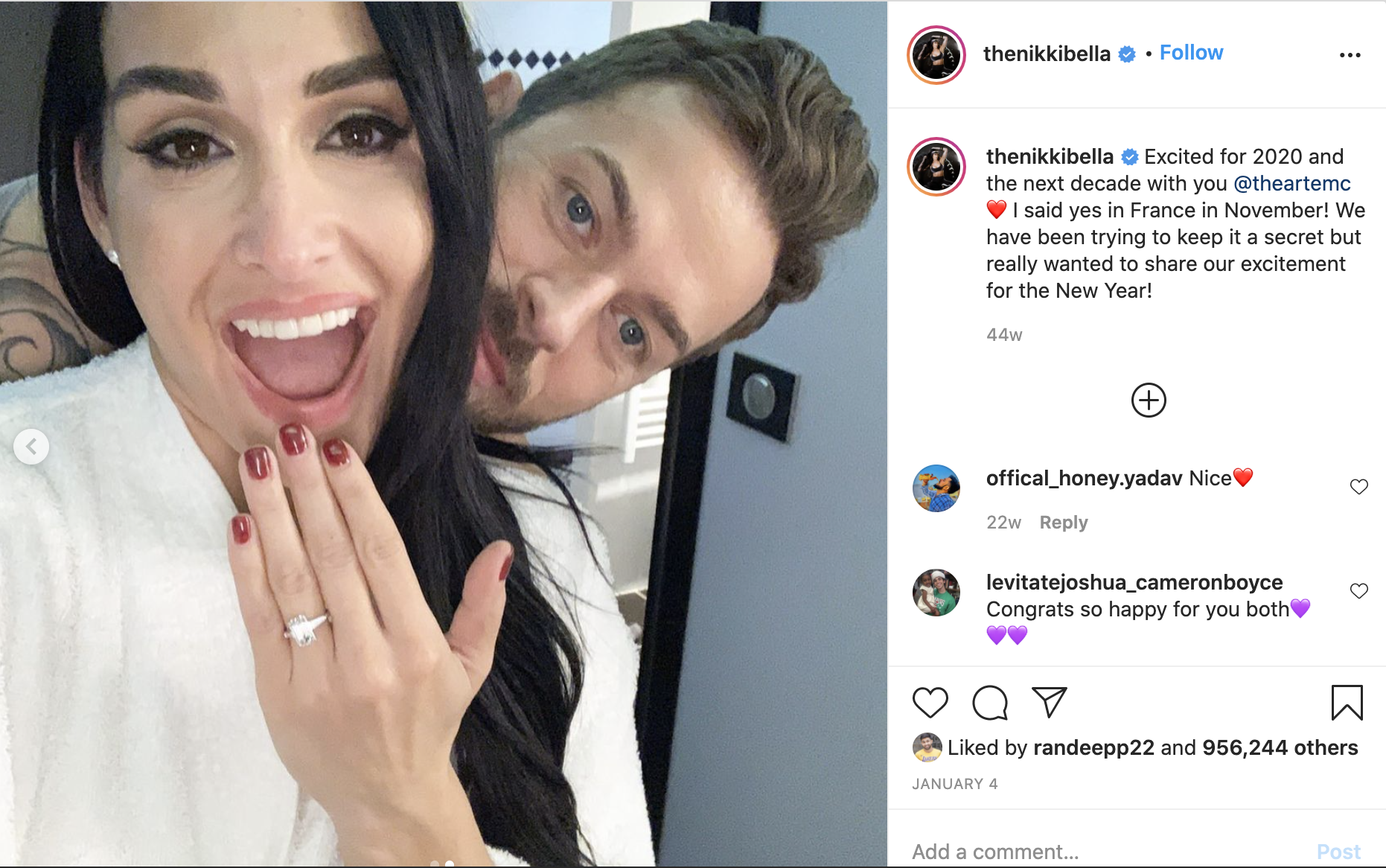 By the end of December 2018, Nikki Bella found herself a single woman, but she was not enthusiastic about looking for anything serious. However, as luck would have it, by the beginning of 2019, the rumors about the ‘Total Bellas’ star dating Chigvintsev began to float around. In March of the same year, Nikki announced her relationship during the finale episode of season 4 and went Instagram official shortly after. The adorable couple spent the year drunk in love while traveling with their family and friends, along with making red carpet appearances together.

During their trip to France in November 2019, Chigvintsev proposed to Nikki, and they chose to make the announcement in January of the following year. In January 2020, the newly engaged couple shared another big news that they were expecting their first baby together. On July 31, 2020, Nikki welcomed her son, Matteo Artemovich Chigvintsev. While the two have not officially tied the knot as of yet, they seem to be at ease with cherishing parenthood before actually sharing their wedding vows.

Read More: Who is Brie Bella’s Husband? How Many Kids Does She Have?