Is One on One Season 6 Canceled? 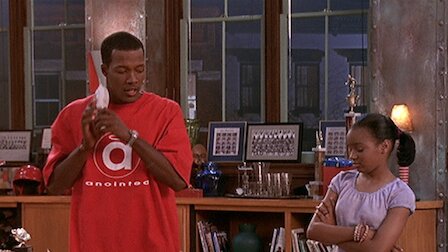 ‘One on One’ is an American sitcom that puts a spin on your typical teenage shows. It follows the lives of Flex Washington (Flex Alexander) and his teenage daughter Breanna Barnes (Kyla Pratt). Breanna’s parents are separated, and when her mother accepts a job out of the country, she decides to stay with her estranged father instead of uprooting her entire life. Flex, whom Breanna used to see only two weeks a year, suddenly becomes a full-time father. Hilarity and chaos ensue when the former athlete-turned-sportscaster finds his laidback lifestyle completely upended as he and his daughter settle into a real familial relationship.

He not only struggles to communicate with his offspring – an adolescent at that – he must strike a balance between being a hands-on parent and being the confidant to whom she could come running whatever the situation may be. Over the run of the show, the focus shifts from a family setting to a group of college-age friends who are wading through the tricky terrain of early adulthood. For fans wondering about the next edition, here’s everything we know about ‘One on One’ season 6!

One on One Season 6 Release Date: Renewed or Canceled?

‘One on One’ season 5 premiered on September 19, 2005, on UPN (now defunct), and concluded on May 15, 2006. Over the years, the show’s had a tumultuous history. Despite garnering a largely positive response from both the audience and critics, season 6 of ‘One on One’ was unfortunately canceled before it could see the light of day. The show was stopped dead in its track months before The WB and UPN merged to form The CW.

These two-part-time broadcast networks moved to become a combined larger one as CBS and the Warner Brothers studio pronounced they were joining forces to form a new network, called The CW. However, the cancellation was attributed to the former president of UPN Network, Dawn Ostroff’s decision to drastically change the show for season 5 to cater to a different audience rather than the audience the show had amassed and nurtured over the years with sound ratings.

Alas, this modification proved to be the deal-breaker for the show as it led to the decline in ratings in the fifth installment and subsequently to UPN’s decision of not renewing ‘One on One’ for a sixth season. As much as it aches us to say, ‘One on One’ season 6 stands canceled. To look on the brighter side of the situation, the show is now available to binge-watch on Netflix!

Read More: Is One on One a True Story?