Is Ree Drummond Married? Does She Have Children?

Ree Drummond is the famous host of ‘The Pioneer Woman,’ a hit cooking series on The Food Network. What sets her show apart from others is the use of simpler ingredients and down-home recipes. She was ranked 22nd on Forbes’ list of “Top 25 Web Celebrities” in 2010. The food blogger and cookbook author would be just another city girl had it not been for her farm life and being married to one of the most supportive men in the world. We got intrigued to delve into her life outside of her show, and here is everything we found out!

Anne Marie “Ree” Drummond (née Smith) was born and brought up in a serene country home located in Bartlesville, Oklahoma. After completing her high school education, she left for Los Angeles to pursue her graduation from the University of Southern California in 1991. Fast forward 15 years. In 2006, Ree started blogging by the name “Confessions of a Pioneer Woman” and launched her website, ThePioneerWoman.com.

Through her blog, she began sharing her sweet, simple tales with friends and family. Almost one year down the line, she shared her first recipe with a tutorial and elaborated on the cooking process with the help of 20 high-quality pictures. Her narratives about the country life accompanied by food photography attracted a massive readership, and her blog even got declared as one of the “25 Best Blogs” by TIME magazine in 2009. 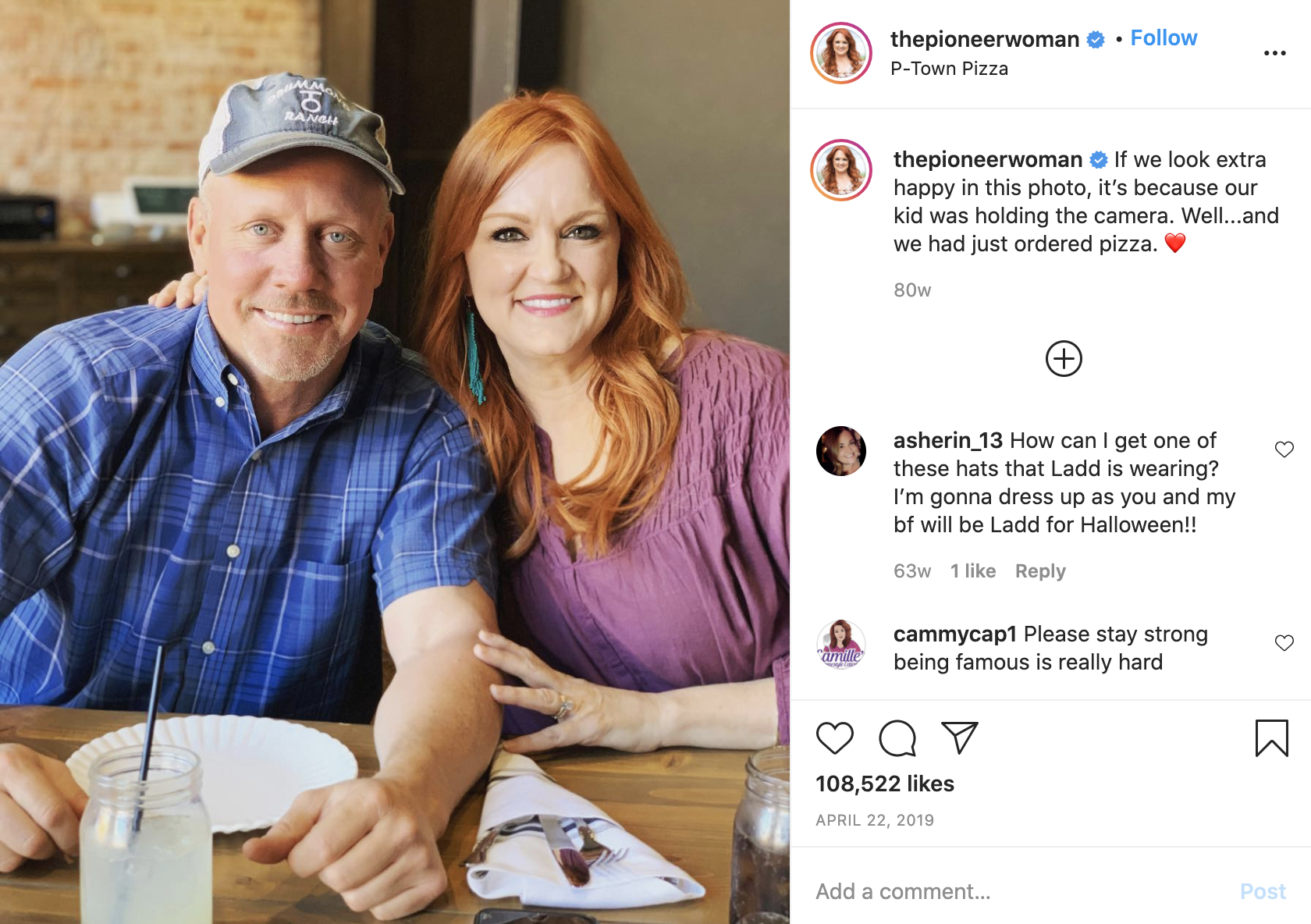 Ree has been happily married to Ladd Drummond for more than two decades now. Her swooningly mushy memoir, ‘The Pioneer Woman: Black Heels to Tractor Wheels—A Love Story,’ narrates how the two first crossed paths over Christmas. Freshly out of a relationship, the California girl temporarily returned to her hometown, Oklahoma, to “regroup” and apply for a law school in Chicago. On a night out with her childhood friends, her eyes fell on a bona fide cowboy with alluring salt-and-pepper hair and “big and strong” hands. 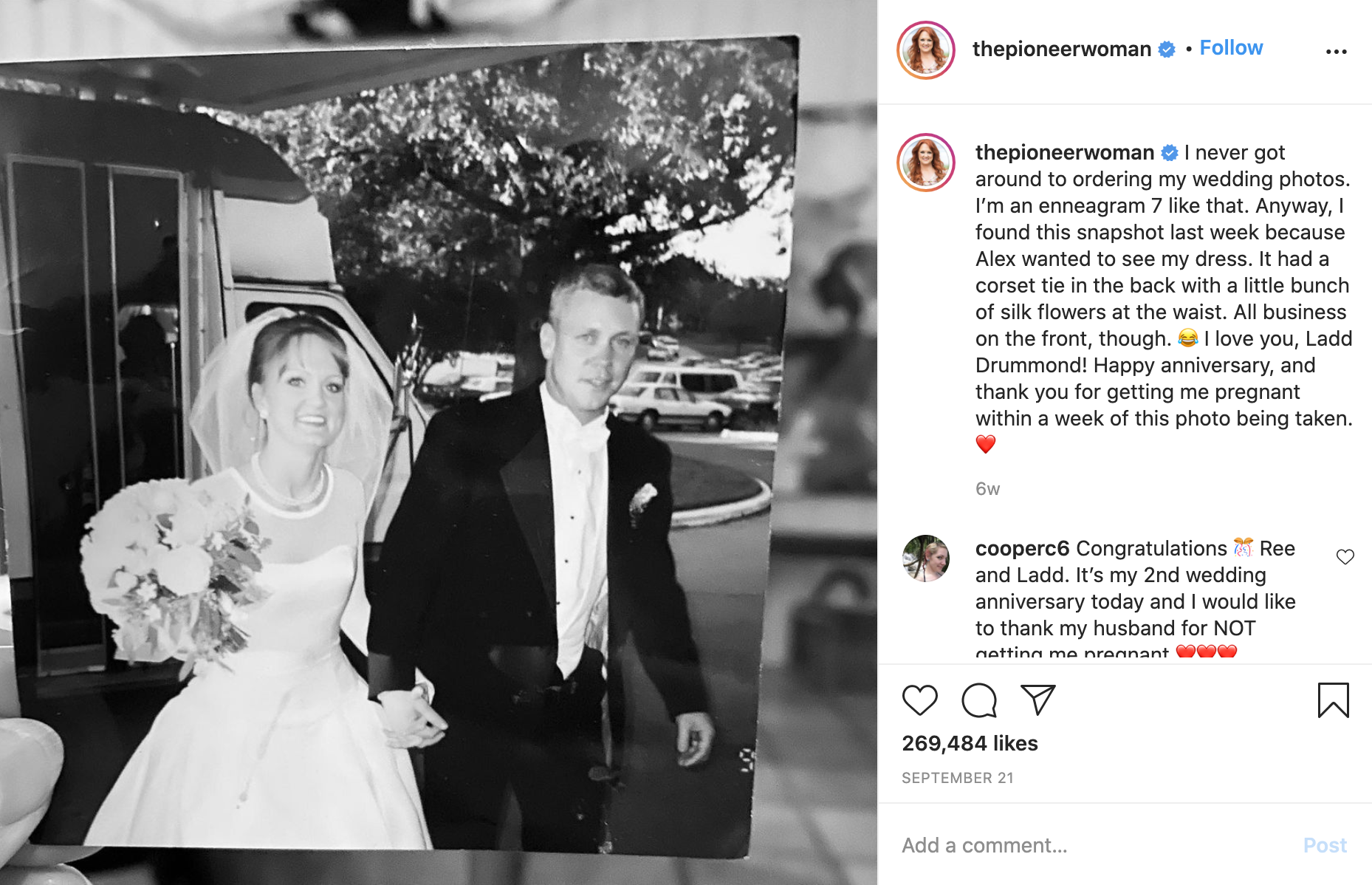 Ladd’s enigmatic aura charmed the city girl, and she was instantly smitten. But it took the “Marlboro Man” four months to finally give her a call and ask her out on a date. Before they knew it, their chance meeting at the smoky bar turned into a fairytale love story. The success of their first official date was sealed with a kiss on her parents’ front porch. After only two weeks later, he even said, “I love you” and meant it from the bottom of his heart.

Ladd was immersed in his rural Oklahoman life then as he is a fourth-generation cattle rancher. This completely contradicted her near-future plans to move to a big city. But she could never look past the depth of her feeling for her beau and the peace and the sense of calmness that nature infused in her. Disregarding the incompatibility, they got married in an Episcopal church ceremony on September 21, 1996. 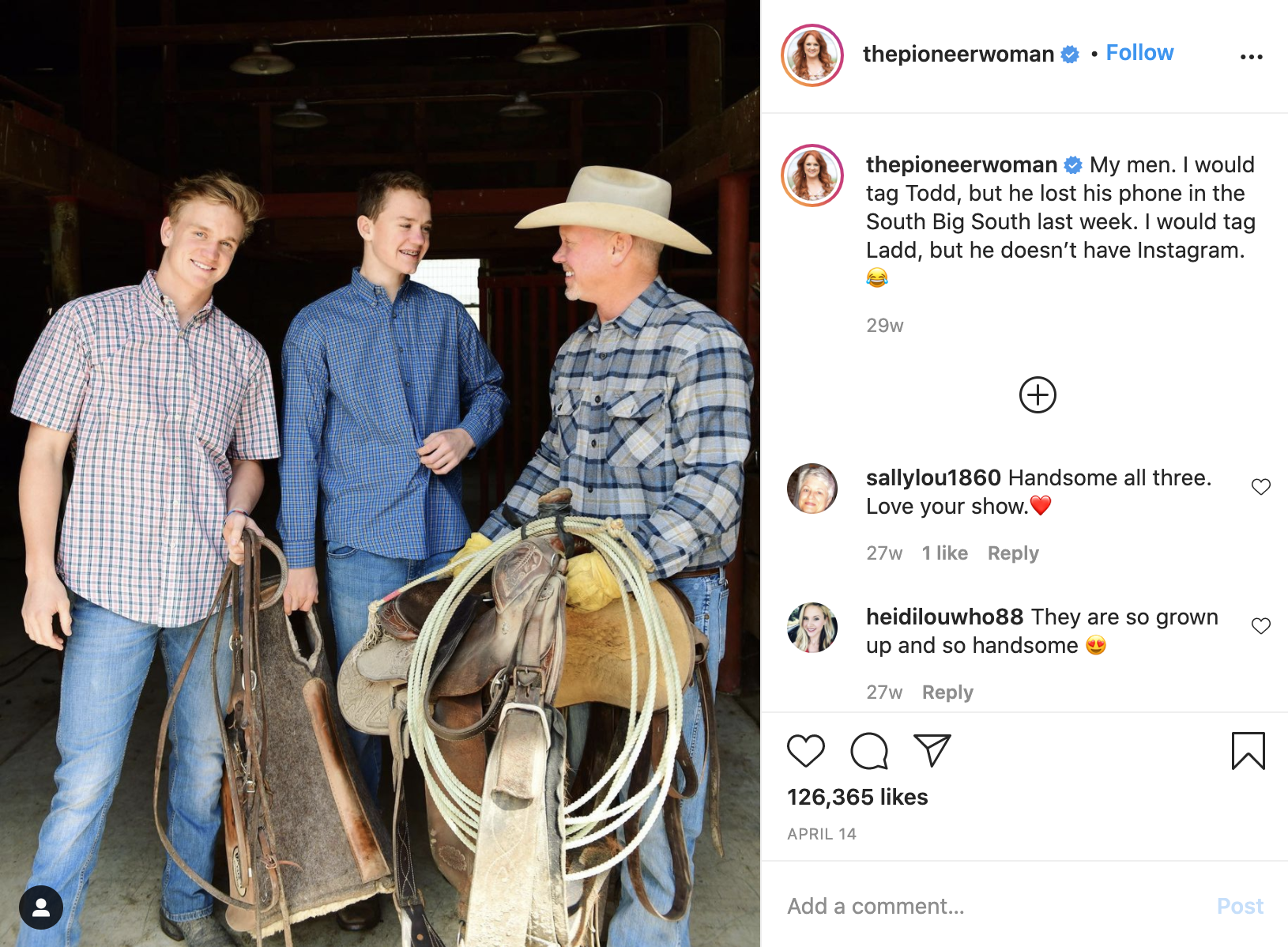 One look at the pair confirms that they still share sincere affection for each other. Ladd and Ree kick-started their years of marital bliss with an exotic honeymoon in Australia. The newlyweds had their first daughter, Alex, exactly after nine and a half months of tying the knot. They made her the big sister in a couple of years by welcoming their second daughter, Paige, in 1999. 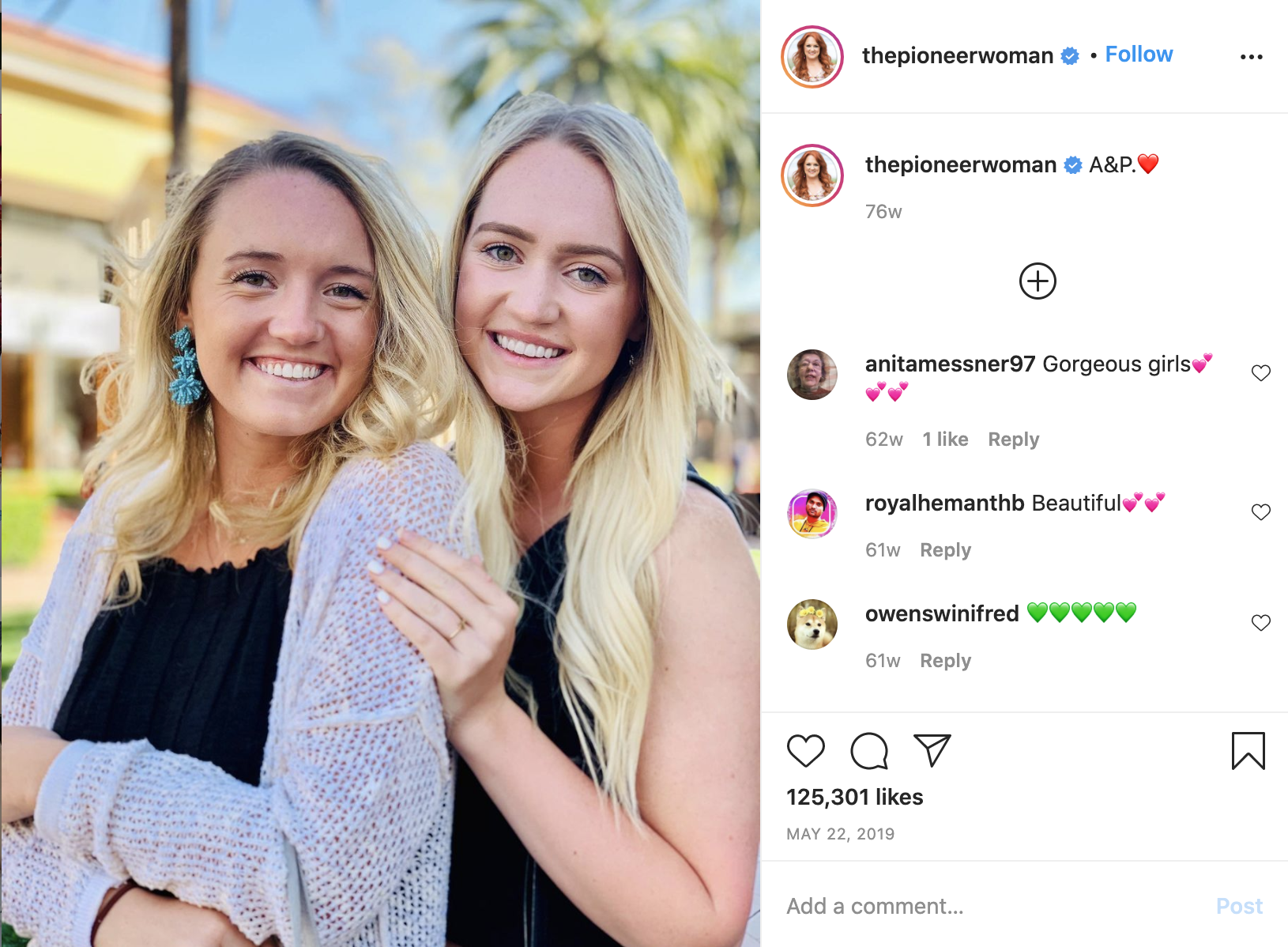 The two then became proud parents to two sons, Bryce and Todd, in 2002 and 2004. Renowned as one of the most grounded power couple in America, they work together on the ranch from sunup to sundown while enjoying a peaceful life at a ranch outside of Pawhuska, Oklahoma.

Read More: What is Ree Drummond’s Net Worth?