‘S.W.A.T.,’ directed by Clark Johnson, is a 2003 American crime action movie that is based on the 1975 television series of the same name. The movie stars Samuel L. Jackson as Hondo, a police officer who assembles a S.W.A.T. team in the Los Angeles Police Department. They are collectively assigned to watch the crime kingpin, Alex Montel (Olivier Martinez), who is all set to jump out of police custody at the slightest chance.

Right before he is escorted by officials, he gives a shoutout to anyone who wants to break him out, coupled with an astonishing offer of $100 million. Criminals everywhere, known or unknown, step out to assist him in his mission. With its thrilling plot, powered by adrenaline-inducing action sequences, the movie is a winner in the audience’s eyes. Surrounding a solid gang of unyielding LAPD recruits, we wondered where its inspiration comes from. Is it based on a true story? Let’s find out.

No, ‘S.W.A.T.’ is not based on a true story. It is an original screenplay by David Ayer and David McKenna that was inspired by the 1975 television series of the same name. The show is about a S.W.A.T. team operating in an unidentified city in California where they fight bad guys, similar to what the movie portrays. The title ‘S.W.A.T.’ was a brand name for years that needed a proper screen adaptation. The idea of putting it on the screen initially involved directors and producers like Oliver Stone (‘Scarface‘) and F. Gary Gray (‘The Italian Job‘), but Clark Johnson ultimately made the cut. 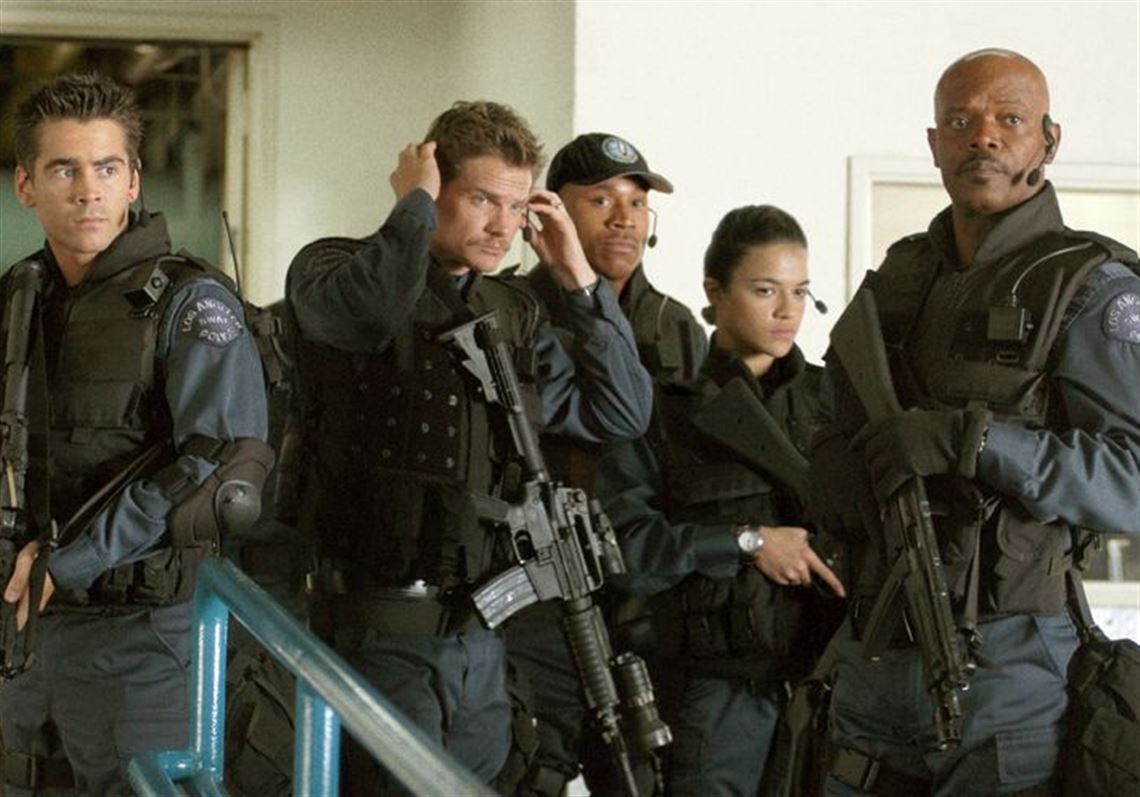 Columbia Pictures put him up for the task as he was beginning to gain momentum as a newbie. He had previously acted in ‘Homicide: Life on the Street’ and directed ‘The Shield.’ Johnson said the biggest challenge was to work up an action movie presenting characters that people cared about. With a goal to substantiate a quality film, Johnson sent the cast to a S.W.A.T. school that trained them in weapons, tactical formation drills, and history.

Johnson then started his mission of orchestrating a thorough action-driven cop thriller armed with exuberant dedication, reported to have occasionally pissed off the actors. Samuel Jackson stated that Johnson would eventually learn how to take it easy with more experience. On being asked about the TV series, Jackson said that he watched the TV show in the 70s. It stood out as the best cop show at that time, but the movie’s plot underwent a few changes.

The main characters Hondo and Street (Colin Farrell) were retained, as was the spirit of camaraderie prevalent in the show. But the differences were essayed in a way that indicates that the team has evolved. Jackson coherently established the parallels between real S.W.A.T. combat missions and the portrayal of the same in the movie. It is also evident that the CGI use was kept to a minimum. The film is essentially about following the real heroes and matching their beat (or at least trying to).

They visited a S.W.A.T. school for a couple of weeks, where they witnessed rigorous and intense training that indefinitely went on. He expressed how difficult it was for the cast to adapt, which is why they customarily learned how to pretend their way around a technique or a practice. But in the end, it was essential to learn how to be a S.W.A.T. team and function as a unit, which would help them accurately display the realities of law enforcement.