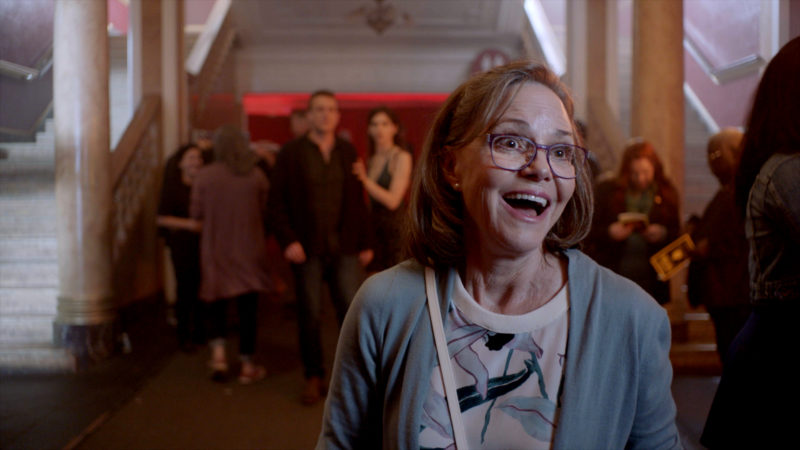 Sally Field is a veteran American actress and director, who’s won several awards including two Oscars, three Emmys, two Golden Globes, and a Screen Actors Guild Award. She has notable roles to her name including ‘Forrest Gump,’ and ‘Mrs. Doubtfire.’ However, people have recently been shocked to hear the news that the 73-year-old actress passed away. Before you worry, let us confirm that Sally Field is not dead. She is alive and well. So, how did the rumors about Sally’s death start?

The death hoax started circulating on social media after a Facebook page titled R.I.P. Sally Field started gaining attention. It stated that the actress had passed away on June 10, 2020, at 11 a.m. ET. Readers were informed that the veteran would be missed but not forgotten. People were asked to pay their condolences by commenting on and liking the page. As messages from fans poured in, netizens began to take notice but some were quite skeptical. They pointed out that Sally’s death would be major news covered by reputable media outlets.

Well, they were right. Sally is not dead but the hoax did force Sally’s reps to confirm on June 11, 2020, that the actress is alive and happens to be on a long list of celebrities to be hit by a death hoax. They urged fans not to believe everything on the internet. Notably, this is not the first time that Sally has been subjected to a death hoax. A couple of years back, rumors started floating that Sally had passed away. However, at that time, it was attributed to a simple confusion that people thought Sally had died, and not her mother, Margaret Field, who’s also an actress. Margaret passed away in November 2011 but the rumors about Sally’s death surfaced in 2018.

Notably, Sally’s last social media post is from September 2018. Perhaps, the lack of social media presence since then led fans to currently believe that the actress has passed away.

However, it just appears that Sally is not too regular on social media. There are no health concerns on Sally’s horizon, and in fact, she recently appears in an AMC series titled ‘Dispatches from Elsewhere.’ The series is set in Philadelphia, Pennsylvania. The premise follows a group of ordinary people who stumble onto a puzzle that hides behind the veil of everyday life. Soon, they come to realize that the mystery goes far deeper than they have imagined. Sally appears as Janice Foster, an optimistic empty nester who is trying to reclaim her sense of identity.

Thus, in the absence of any official report, compounded with the comments from Sally’s representatives, it is safe to assume that the actress is alive and well. She just prefers maintaining a low social media and public profile, which might have led to the circulation of rumors about her death. However, appearing in the AMC series suggests that Sally is healthy enough to continue working in the entertainment industry.