Is Secret State a True Story?

The most important ingredient for making a successful political thriller has to be relevance. if your intended audience feels disconnected from the story you are trying to tell, then the scope and perceived importance of your show are immaterial. Director Ed Fraiman’s 2012 miniseries ‘Secret State’ is a dense tale revolving around the near-symbiotic relationship between a democratically elected government and the military-industrial complex. It also critically reviews another mutually beneficial relationship that persists in all the financial districts in all the cities of the world, between large corporations and banks. At the center of this expansive drama is Gabriel Byrne’s Tom Dawkins, a Member of the Parliament and the Deputy Prime Minister of the United Kingdom.

The series opens with a devastating tragedy, an explosion in a petrochemical plant in Scarrow, Teesside that takes the lives of 19 people. The plant belongs to the US oil giant PetroFex. The British PM Charles Flyte (Tobias Menzies) reports from Texas that he has managed to reach an agreement with the CEO of PetroFex about a compensation package. However, the PM’s plane crashes while he is on his way back to the UK, which effectively makes Dawkins the next PM. He continues to pursue justice for the victims of the explosion and their family and discovers an elaborate conspiracy that involves high-ranking officers in the military and even people in his own administration.

For all the speculations that ‘Secret State’ makes, and it makes plenty, the 4-episode series is very much relevant. The corruption in the corridors of power has a timeless appeal to it. If the show’s gripping yet subdued narrative has made you wonder whether it is based on a real-life event, this article is for you.

Is Secret State Based on a True Story? 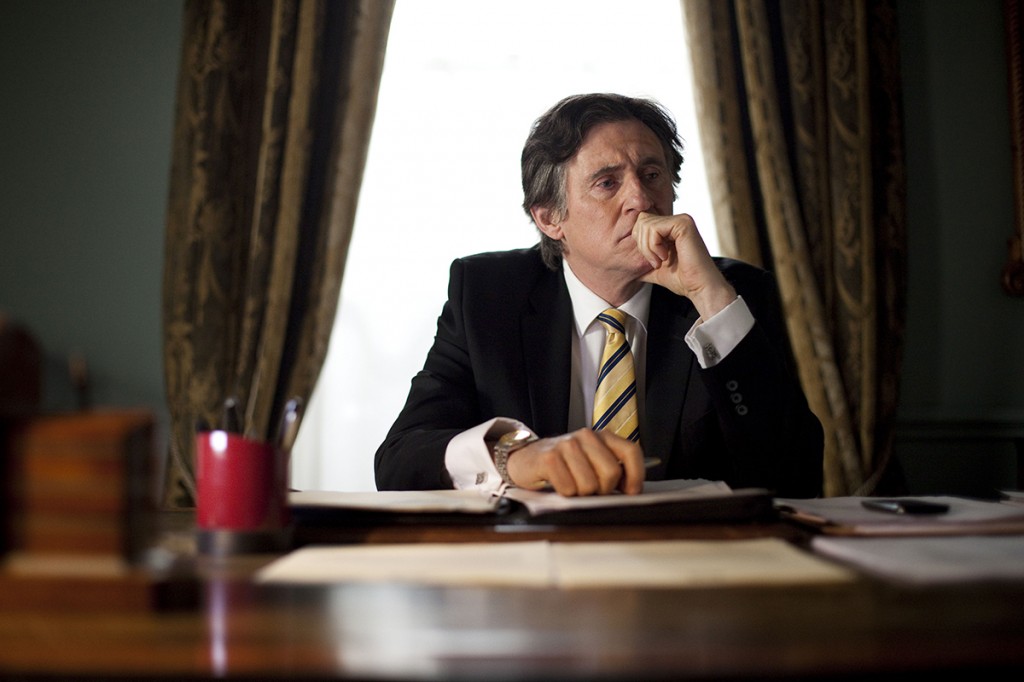 No, Secret State is not based on a true story. It is heavily inspired by British author Chris Mullin’s 1982 novel ‘A Very British Coup’. That book has been adapted once before. In 1988, writer Alan Plater and director Mick Jackson made a faithful adaptation of the same name. Starring Ray McAnally, Alan MacNaughtan, and Keith Allen, the series is an unmistakable response to the contemporary political climate, just like the book is. McAnally plays Harry Perkins, a hardcore left-wing politician and Labor leader who, after becoming the PM, sets out to do away with media monopolies, pull the UK out of the NATO, force America to close down all their military bases in Britain, and initiate the plan for nuclear disarmament.

‘Secret State’ is set in today’s political climate, and in that modern setting, the geopolitical issues of when the book and the first series came out are not relevant any longer. As executive producer Jason Newmark stated, “The original novel was set in the 80s against the backdrop of Cold War tensions, and the thriller played upon the perceived Soviet threat to Britain as a reason for the establishment’s corruption of democracy. In contemporary Britain such a stark paradigm no longer exists, but there are other, more hidden ways in which democracy is compromised. We retained the bones of the story of the original novel, but focused our thriller on the latent power of the military-industrial complex and global corporate capitalism as new threats to democracy.”

Fraiman and Newmark’s initial plan was to make a feature film out of the book. But they later discarded the idea and chose to make a miniseries instead, as they felt that the format allowed them to tell the story they wanted to tell. The two approached Mullin, who was intrigued by the notion of his nearly three-decade-old work being reimagined for modern times. He even made a cameo appearance on the show as the vicar who officiates the memorial service for PM Flyte.

Read More: Is Strange But True a True Story?