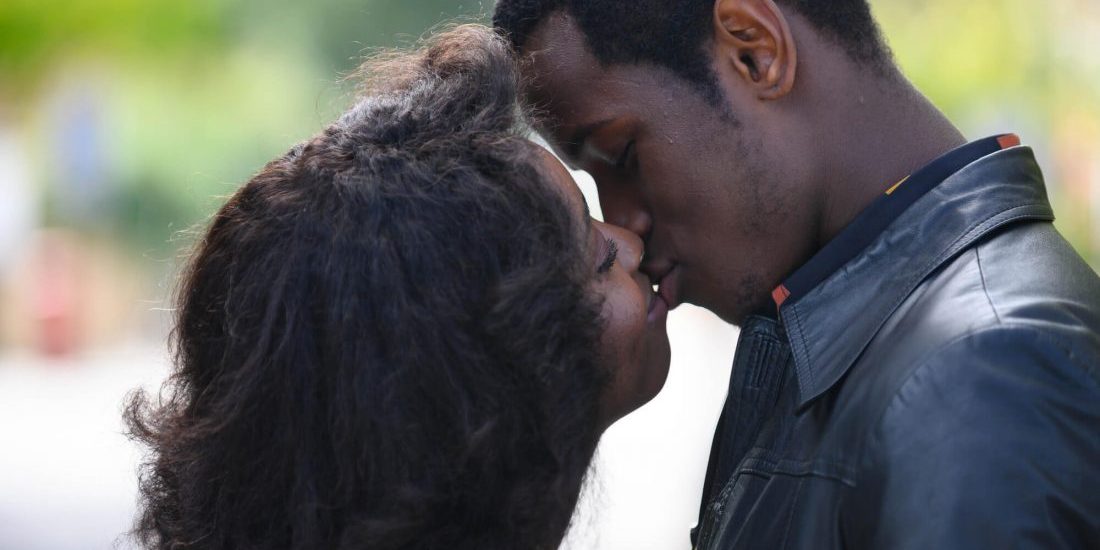 After the real-life-inspired hard-hitting court drama in ‘Mangrove’, Steve McQueen (‘12 Years a Slave’) relaxes and lets the 1980s reggae music guide the script of ‘Small Axe: Lovers Rock,’ the second entry in the Oscar-winning filmmaker’s anthology series about West Indian diaspora in England. It resonates with so much passion and uninhibited joy that it doesn’t matter that the plot and character development take the backseat.

It is essentially a remarkable celebration of the exuberance of youth, wrapped neatly in a period piece. The movie peaks as the music and dance peak and makes its descent following the trail of the rhythm. At the core of the film is the story of the sizzling romance between Martha (Amarah-Jae St. Aubyn) and Franklyn (Micheal Ward). They meet for the first time at a neighborhood party. As the night progresses, their connection deepens, and they find themselves eagerly exploring all the uncharted territories of each other’s souls.

After the premiere of ‘Small Axe: Lovers Rock,’ it received widespread positive reviews, with critics praising McQueen’s direction as well as the performances by the largely unknown cast. The film’s inclusion in a real-life-based anthology series must have made you wonder if it’s also based on actual events. Here is what we have been able to find out.

Is Small Axe: Lovers Rock Based on a True Story?

No, ‘Small Axe: Lovers Rock’ is not based on a true story. Franklyn and Martha were created by McQueen and his co-writer Courttia Newland exclusively for the film. But the setting of the movie is very much based on reality. In the late 1970s and 1980s, parties like this were a regular occurrence in the West Indian communities in London. People’s homes were used as venues, and furniture was moved and replaced with sound systems. There were sometimes even entry fees.

“Lovers Rock sits apart from its Small Axe siblings in that it does not tell a true story of a person or group of individuals taking on the system, but is rather a collective reimagining of a time and place very precious to West Indian Londoners,” Executive producer Tracey Scoffield said in a statement. “These house parties where the house owners would clear their rooms of furniture and bring in a sound system – large, often home-made speakers together with the crew who would play the music – the DJ, who spoke to the crowd, and the Selector, the one who chose the music.”

Scoffield added, “Word would get around the neighborhood and party-goers would pay an entrance fee. For the older West Indian community Lovers Rock will bring back many happy memories and I hope it inspires a new incarnation of Blues from younger audiences.” For McQueen, these parties represented the fiercely self-sufficient mentality of the West Indian people, something he wanted to depict in ‘Small Axe’. “I love it because that is what Small Axe is about,” McQueen said. “It is about doing it yourself. Don’t worry if people won’t let you in. You make your own.”

According to him, Newland has firsthand knowledge about organizing these parties as his mother often hosted them. “Courttia’s mother used to have parties at his house, so he remembered a lot of that stuff as a child. I came to it through my aunt,” McQueen stated. “I remember stories my aunt would tell. She wasn’t allowed to go to these parties, but my uncle would leave the back door open for her so she could go to the Blues. They lived in Shepherd’s Bush, which is next door to Ladbroke Grove.”

He further added, “She’d sneak off to Ladbroke Grove which is where the dance was, and then come back in the morning and have to go to church. It was like Cinderella!” The film is also a love letter to the eponymous variation of reggae music, known for its distinct romantic theme. “Lovers Rock for me was about every single sense,” McQueen said. “The taste, the smell, the sound, the feel. It was about the aesthetic. A certain kind of Black aesthetic. A joy. A release. It was a certain kind of, I don’t know, love. It was an explosion of joy and all the elements that come into that.”