Is Sneakerheads a True Story? 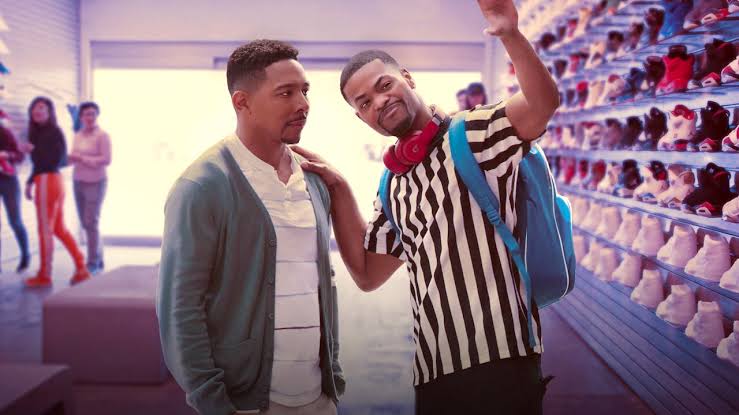 Created by showrunner Jay Longino, Netflix’s latest series, ‘Sneakerheads’, takes a guilty pleasure for shoes to the next level. Lead character Devin is a recovering ‘sneakerhead’ bogged down with familial responsibilities and expectations. Devin finds himself $5000 in the hole after falling hook, line, and sinker for friend Bobby’s get-rich-quick idea. To salvage his dignity and stave off his wife’s wrath, Devin, along with a group of fellow ‘sneakerheads’, embarks on a quest to find the mother of all sneakers – a pair of Zero’s.  ‘Sneakerheads’ stars Allen Maldonado, Andrew Bachelor (King Bach), Jearnest Corchado, Matthew Josten, Justin Lee, and Aja Evans.

The sub-culture of sneak lovers depicted in the show does not seem far removed from reality and could almost pass for a true story. Does ‘Sneakerheads’ portray real-life events? We find out for you below.

Is Sneakerheads Based on a True Story?

No, Sneakerheads is not based on a true story. However, in many ways, the series emulates the life and times of its showrunner, Jay Longino. Longino had long since been a basketball fanatic, at one point even playing in professional leagues in Mexico and America, before crossing over to the big leagues in writing, producing, and editing. Still, Longino would regularly play in basketball pick-up games with a group of lifelong friends. Longino and his teammates often found themselves ‘checking out’ sneakers sported by the rest of the players. At one such fateful game, fellow actor and producer, Inny Clemons – who also serves as executive producer of ‘Sneakerheads’ – suggested to Longino that he write a show that showcased the sub-culture of sneaker collectors.

The idea caught and held Longino’s attention and he found himself revisiting it while shooting for a Jackie Chan movie, ‘Skiptrace’, in Hong Kong. To quell his jetlag in Hong Kong, Longino embarked on some sightseeing and discovered an area called ‘Sneakers Street’. Hong Kong’s Sneakers Street was packed to the brim with sneakers of different makes and models. Longino came to the realization that a fascination and fixation with sneakers spanned countries across the globe. On his return from Hong Kong, he made up his mind to write the show and immediately penned down its introductory sequence.

The events that transpire in the show are also taken from Longino’s own life. Longino’s affinity for sneakers was spurred on by the legendary Michael Jordan. The showrunner was gifted – and came to treasure – an enviable pair of sneakers by Jordan at a basketball game. One can only imagine, then, Longino’s affliction when his mother mistakenly sold the pair off. Longino described the experience, “Her sneaker game was not on point and so she put the wrong pair in the wrong box. Yeah, it was a devastating moment as a kid.” The lead characters in the series take up a wild goose chase to hunt down the very same rare pair of shoes – Zero’s. Longino explained, “The whole show is about our lead character, played by Allen Maldonado, trying to track down that exact shoe, a pair of white cement Jordan 4s.”