Is Steve Penny Dead or Alive? 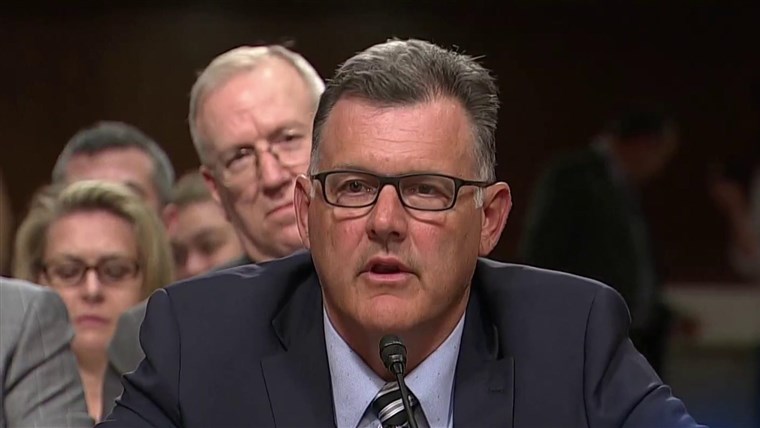 Netflix’s ‘Athlete A’ doesn’t just expose the crimes of Larry Nassar, but also shines a light on the toxic culture that existed in the USA Gymnastics, allowing Nassar to continue unexposed for years. After Nassar’s conviction, the surprising silence of Steve Penny or Stephen D. Penny, Jr., came to light.

When Maggie Nichols, the first woman to speak up against Nassar, went to Penny, the then-USA Gymnastics CEO, and president, he assured her he’d take care of her and look into Maggie’s claims. However, Maggie says she was ostracized and left from the 2016 Olympics roster because she spoke against Nassar. After Maggie, when other women came forward, Penny continued to remain silent but worked with the FBI in the bureau’s Indianapolis office, investigating the matter internally.

Even when Penny fired Nassar in 2015, USA Gymnastics claimed he’d retired. They did not inform the U.S. Olympic Committee or Michigan State University, where Nassar held his license, about the sexual abuse allegations. It allowed Nassar another 15 months to continue his abusive practices. Thus, many have placed an amount of blame on how Steve Penny handled the entire situation. After the outcry, Penny fell from the public eye, leading many to wonder whether he is dead or alive.

Who is Steve Penny?

Penny began his career as a marketing and promotions assistant for the Seattle Mariners. However, he’s been active in the Olympic Movement from around 1989. He joined USA Gymnastics in March 1999, but soon his responsibilities grew until he eventually took the mantle of president. Penny’s fatal flaw was caring more about the organization than the athletes involved.

In 2017, Penny resigned from the Presidential position, in response to the Nassar scandal. He also testified in front of a Senate subcommittee in June 2018. However, Penny chose to plead the fifth in most cases, avoiding answering questions about why he didn’t do more to expose Nassar’s misdeeds. The secrecy from the former President caused the survivors and their families to express disgust.

A few months after his hearing, Penny was arrested in a Tennessee cabin in October 2018, for allegedly tampering with evidence in the Nassar case. However, he pled not guilty to all charges and his attorney claimed he didn’t know about the abuse. Steve was released shortly thereafter, after posting a $20,000 bond.

Is Steve Penny Dead or Alive? Is He in Jail?

Reports suggest that early in 2020, USA Gymnastics asked the Nassar survivors to take a settlement agreement which would release Penny and the others at the top from any legal claims. While the exact whereabouts of Penny remains currently unknown, he cannot outrun the consequences of his actions.

Penny is still facing charges for tampering with evidence and could go to prison for 2 to 10 years if convicted. The disgraced former president of USA Gymnastics is also on the permanently ineligible list, meaning he cannot have any contact with the sport he ran in the US for more than a decade. For now, Penny is alive and well, but he is trying to avoid the consequences of his actions. While Penny might not have played a direct hand in the abuse, he’s faced a fair bit of outrage for his silence which allowed Nassar to continue for so long. [Cover Picture Courtesy: NBC News]