Is Tamar Braxton Married? Does She Have Children?

Tamar Braxton is a multifaceted artist who established as a singer with her second studio album “Love and War” which released in 2013 and made it to the second position on Billboard 200 chart. She amassed a huge fan following after she won “Celebrity Big Brother” in 2019. But she grabbed eyeballs with her family reality show “Braxton Family Values” in which she appeared with her mother and sister. The Grammy-nominated musician took long years to completely built a deemed career path for herself and her search for happiness in romantic relationships has not been any easier. She has allegedly been a victim of physical abuse at the hands of all her partners but things seem to have taken a turn for worse recently. Here is everything we know about her family and love life!

Great mothers give the greatest advice. I’m so blessed to be surrounded by so many amazing mothers and to the main one @evelynbraxton who I pride myself on being like.. there is none like you. Thank you God for choosing you as the most amazing mother and woman ever to me and all your girls🙏🏼✨ #happymothersday to ALL the amazing mothers out there💕 @trinabraxton1 @tonibraxton @itowandabraxton #therealtracibraxton love y’all lots❤️❤️

Tamar Estine Braxton was the youngest of her six siblings and she started singing at a very young age. Toni, Tamar’s older sister, is a superstar singer who had already built her career while Tamar was still in her struggling phase. She has been on cordial terms with most of her family members including her mother and sister who appeared together on a reality TV show which navigated their careers, personal lives, and family bonding with one another. The show ended with showing the Braxton family in a positive light, with a few ups and downs. 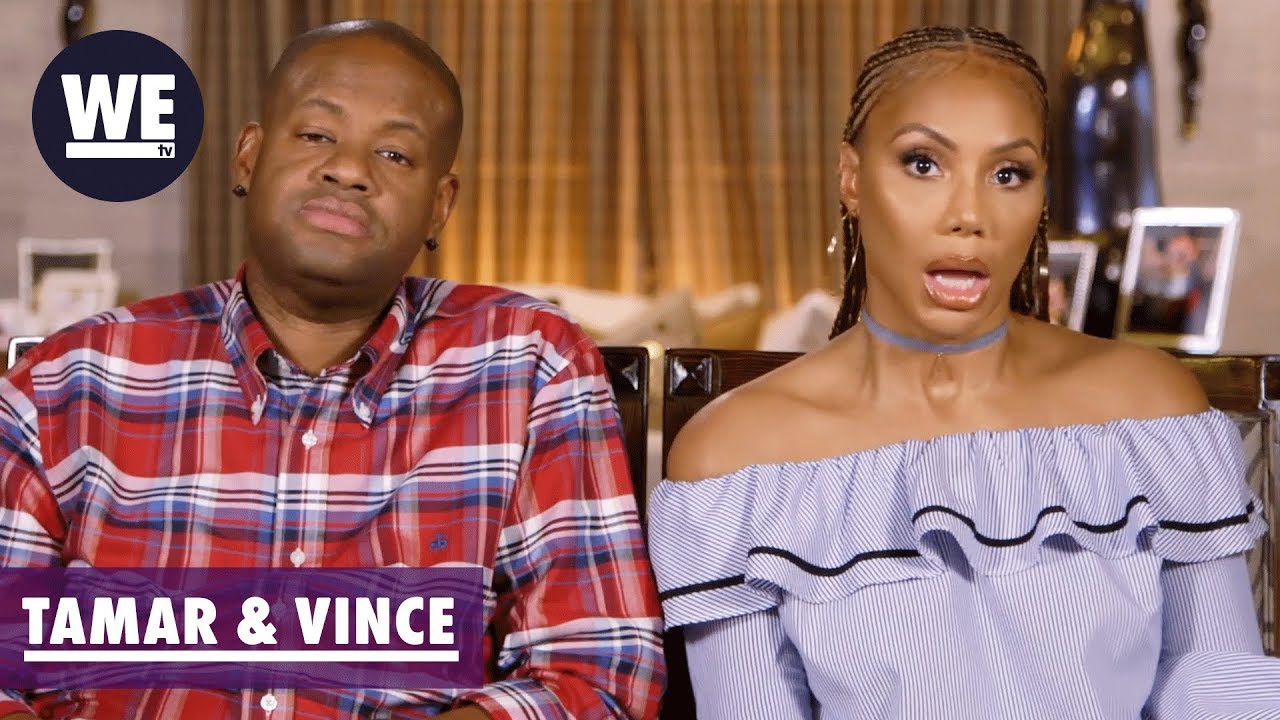 Tamar met her then-husband, Vincent Herbert, while he was Toni Braxton’s manager and they started dating in 2003. Despite their polar-apart personalities, the couple felt closely connected to each other and got married in November 2008. Vince, being a renowned record executive, agreed to manage his wife. They started a spinoff series “Tamar & Vince” which chronicled their lavish lifestyle while trying to strike a balance between personal and professional life. They welcome their son, Logan Vincent Herbert, in 2010 while the two were battling serious health issues. Eventually, their fans began to witness them bickering and fighting through the reality show. Close to their ninth anniversary, Tamar filed for divorce amid rumors of domestic violence, cheating, bad business deals, and Vince’s unending financial problems. They officially separated in 2019 after a drawn-out divorce.

First and foremost, Thank you. Thank you to each and every individual who has prayed for me, thought of me, sent me their love and has showered me with their support. In this present moment, it is my only responsibility to be real with myself and to be real with the ones who truly love me and care for my healing. I have without fail, shared with you my brightest days, and I know that sharing with you what has been my darkest will be the light for any man or woman who is feeling the same defeat I felt just only a week ago.  Every one of us has a desire, whether small or big, to make it out of where we come from to an ideal future place that includes, freedom to be who we choose, security for our children and families, and fortune to share with the ones we love. We believe these things can co-exist with just being happy. I believed that, that as a black woman, as an artist, an influence, a personality I could shape my world, and with whom I believed to be my partners, they could help me share my world. Over the past 11 years there were promises made to protect and portray my story, with the authenticity and honesty I gave. I was betrayed, taken advantage of, overworked, and underpaid. I wrote a letter over 2 months ago asking to be freed from what I believed was excessive and unfair. I explained in personal detail the demise I was experiencing. My cry for help went totally ignored. However the demands persisted. It was my spirit, and my soul that was tainted the most. There are a few things I count on most to be, a good mother, a good daughter, a good partner, a good sister, and a good person. Who I was, begun to mean little to nothing, because it would only be how I was portrayed on television that would matter. It was witnessing the slow death of the woman I became, that discouraged my will to fight. I felt like I was no longer living, I was existing for the purpose of a corporations gain and ratings, and that killed me. Mental illness is real. We have to normalize acknowledging it and stop associating it with shame and humiliation. The pain that I have experienced over the past 11 years has slowly ate away at my spirit and my mental. (Swipe to finish )

But Vince was not her first husband. She married Darrell “Delite” Allam, a music producer, for a brief period between 2001 and 2003. While not much is known about this phase of her life, it is speculated that the relationship ended due to her being subjected to physical violence. After calling quits with Vince, she found love and happiness in her new man David Adefeso, a Nigerian born financial guru. The couple met in 2018 at a mutual friend’s birthday party and have been together ever since. Though he had spent a major part of life away from the spotlight, David was extremely supportive of her journey as a musician and superstar. He even became an amazing father figure to Logan, whom he treated as his own while the three lived together under the same roof as one big family.

I’ve never had a mother in law until now. I had no Idea on what I was missing out on. Someone who truly loves you like their blood daughter all because you have fallen in love with a magnificent man. Never besides my amazing mother has another woman accepted me for all my flaws, prays for me and my heart @david.adefeso and also my amazing son. She sends me scriptures to read and they are always what I need. She gives me her blessings on things and will tell me when I’m wrong. I cherish every day that he blesses us with your love and spirit. love you mummy. I praise God that he made it so that I was your daughter. Happy 81st bday‼️‼️❤️ you are just as stunning as you were the day we met🥰😍

After spending weeks at end quarantining with Adefeso, Braxton openly stated her desire to get married to him. She felt like they had fallen head over heels in love and she even looked forward to expanding her family. But these emotional moments already seem a thing of the past as the couple has been going through serious tribulations for the last couple of months. Braxton is alleging her boyfriend physically assaulted her and even claims that he threatened to kill her and then commit suicide. After recently being thanked for saving Braxton’s life following her suspected overdose, Adefeso reportedly filed for a restraining order against her. While this dramatic fallout has not been officially confirmed, close sources state that there is definitely some trouble in paradise.

Little did I know walking into that busy restaurant nearly two years ago that the course of my life would change so dramatically. From the sun baked streets of Lagos to the white sands of Montego Bay and the bustling city life of suburban Mexico, you have been on a journey with me filled with laughter, tears, hope and never-ending love. Through it all your friendship has been invaluable, your counsel irreplaceable and your love unshakeable. Nothing prepared me for the complete and never-ending joy I experience with you every day. And no matter what crowded clouds appear in the horizon, the sunshine of your smile, the purity of your heart and the kindness of your words never fail to reinforce the strength of the unbreakable bond that is the love we share. You are my heart, you are my joy, you are my future, and you are my friend. Happy birthday, my @tamarbraxton . You are the most beautiful girl in the World, and I can’t wait to see what amazing surprises the next 45 years brings us.