Is The Hater a True Story? 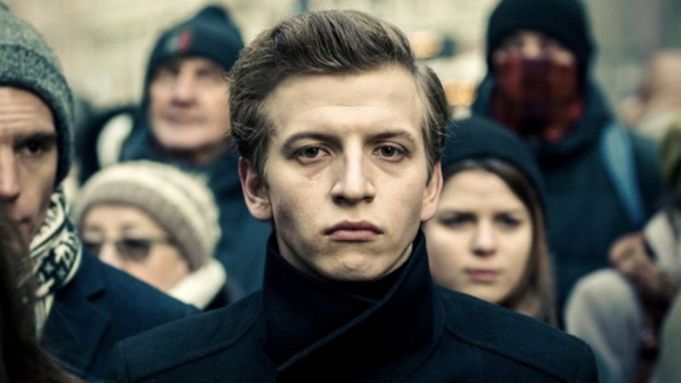 Polish director Jan Komasa and screenwriter Mateusz Pacewicz previously got together to create Oscar-nominated ‘Corpus Christi.’ Their second movie together, ‘The Hater’ does not confine itself to a particular genre. Sure, to an extent, it is noir. However, more than that, it comes off as a study of the inner workings of a sociopathic character, who uses the power of social media to fulfill his sinister motives.

Tomasz, the protagonist of the movie, gets expelled from college for plagiarism. While looking for a job, he comes across a cut-throat PR firm that devises fake news social media campaigns to defame celebrities and politicians for money. After proving that he’s a perfect fit for the job, Tomasz gets a more significant assignment in which he has to discredit a popular mayoral candidate so that the opposing parties can gain a competitive advantage.

The film’s realism lies in its exploration of our always-online society, which often becomes a victim of misinformation and propaganda. Due to this, one can’t help but wonder if it’s based on a true story. Well, you’ll be surprised to know that the film has shocking parallels with real-life events. Read on further to know more.

Is The Hater Based on a True Story?

No, ‘The Hater’ is not based on a true story. However, it does play with several realistic contemporary ideas surrounding social media, hate speech, and fake news. The film’s premise is more like a shocking case study of the threat posed by journalists, who abandon their ethics for the sake of more engagement with viewers and also the frenzy that is easily driven by social media. While some might see it as a mere character study of a sociopath who spreads lies and terror through social media for his good, others might be able to look at the troubling context that comes with its story. As shown in the movie, false rumors and speculations surrounding the lives of many innocents are often exaggerated by journalists and social media users. Because of their lack of morals or failure to check facts, the truth often gets distorted and, in turn, ruins several lives.

If you found yourself questioning the credibility of the film, you don’t have to look too far. Months after the film’s production, Poland was gripped by an event, which was very similar to the movie’s premise. On January 13, 2020, the liberal mayor of Gdańsk in northern Poland,  Paweł Adamowicz, was assassinated when he appeared on stage for a speech at the Great Orchestra of Christmas Charity event. The man who killed him was a 27-year-old, who often vented his hate towards the Pawel’s liberal and democratic party on social media. Just like the politician in the movie, Paweł Adamowicz was previously a victim of baseless hate speech and fake news, which was being fueled by his opposition parties. Moreover, Adamowicz was also resented by many for declaring Gdańsk as a city open to refugees.

Thus, although ‘The Hater’ is not based on a true story, several parallels can be drawn between its premise and the real political scenario of Poland. It also serves as a reminder of how conspiracy theories, extreme radical beliefs, and misinformation through fake news might initially seem harmless, but can manifest into something far more significant. Not to mention, its character study is also grounded in reality and shows how acts of hate always beget more hatred.