Is The Intouchables Based on a True Story? 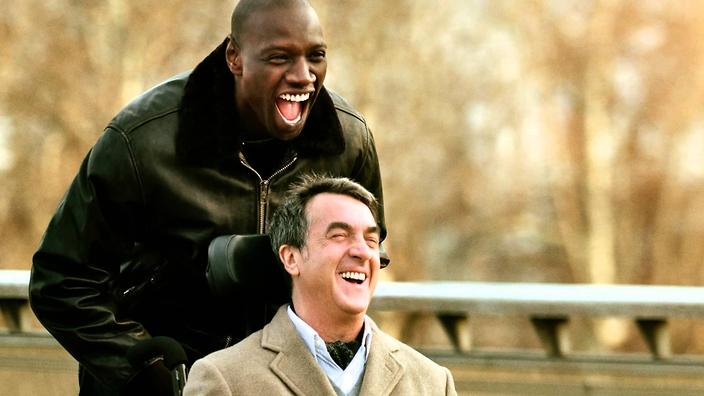 ‘The Intouchables’ is a French comedy-drama directed by Olivier Nakache & Éric Toledano. One of the most famous films to come out of France, ‘The Intouchables’ tells the story of an unlikely bond between a wealthy quadriplegic aristocrat Philippe (François Cluzet) and his ex-con caregiver Driss (Omar Sy). Their bond slowly nurtures into an affable friendship, where Driss’ pragmatic approach towards Philippe’s disability holds the ground. Philippe doesn’t want any sympathy; he wants to be treated just like any other person.

On the other hand, Driss is an ex-convict who knows that he will be under the State’s welfare scheme provided he is unemployed. Unwittingly, Driss appears for the interview of Philippe’s caregiver and surprisingly lands the job. Gradually, they get to know each other’s nuances and little secrets from their past that create a wonderful pairing, delivering the viewers somber moments of friendship. The story’s realistic setting and subject matter got us curious to know whether it is based on a true story or not. Here’s what we found!

Is The Intouchables Based on a True Story?

Yes, ‘The Intouchables’ is based on a true story. Philippe’s character is based on an actual person, Philippe Pozzo di Borgo, a French businessman born into an aristocratic family with hundred years of lineage. Philippe is the son of a French Duke, and by his own admittance, was born with a silver spoon. Apart from his inherited wealth, Philippe is an astute businessman with dealings in the champagne business. His lavish lifestyle gave him all that he wanted. In other words, Philippe never had to ask for anything from someone.

As fate would have it, an unnerving tragedy struck him in 1993, when he met with a paragliding accident. It left him with grave injuries in his spine and rendered him a person with quadriplegia. Initially, he couldn’t come to terms with his disability and even attempted suicide by wrapping the oxygen tank tube around his neck. Philippe got back his zeal to survive when he met Abdel Sellou, an Algerian immigrant, who had his own share of problems.

In the film, Abdel’s Algerian identity was replaced by Driss (Omar Sy), a Senegalese immigrant. The filmmakers made this choice because Omar had already been cast much before they had finished the script. Abdel was born and raised in Algeria amidst a lot of hardships. He resorted to petty thievery and was designated as the black sheep of his family. Eventually, he was sent to live in Paris with his relatives but unfortunately couldn’t get away from his decadent ways. At the risk of losing his French Visa, Abdel applied for a job as a caregiver to Philippe.

Nevertheless, Abdel was selected by Philippe personally because he found his straightforwardness and irreverent humor to be attractive. Philippe didn’t want any pity – he wanted to be treated just like any other person. Despite knowing about Abdel’s past, Philippe hired him and instantly struck terrific chemistry with him. The filmmakers encountered Philippe and Abdel’s story in a 2003 documentary, ‘A la vie, à la mort.’ Inspired by their friendship, they decided to build a story for the screen.

Toledano and Nakache wanted to create a comedy-drama rather than depicting it with serious undertones. They added some innovative moments between Philippe and Driss’ characters, partly inspired by the actual story of Abdel stealing a Fabergé Egg from Philippe’s table during his interview. The acts like Driss pouring hot water to check whether Philippe couldn’t feel anything to getting Philippe a Hitler-style mustache were all added elements in the script.

Philippe Pozzo di Borgo and Abdel Sellou went to Morocco for a holiday and eventually found their life partners there. Abdel settled in Algeria with his wife. Philippe’s first wife had died after a long battle with cancer without bearing children. Philippe eventually settled in Essaouira, Morocco, with his second wife Khadija.  Philippe wrote a book called ‘A Second Wind: A Memoir’ that chronicles his life up until 1998. Abdel also published his own memoir titled ‘You Changed My Life,’ released in 2012.

Before filming, Olivier Nakache and Éric Toledano went to Morocco to visit Philippe Pozzo di Borgo. Upon meeting him, they deduced that they were going in the right direction by creating a comedy-drama. To this day, Abdel and Philippe have remained in touch as Abdel travels each year to Morocco to pay a visit to his friend. Pozzo di Borgo is still an art connoisseur and has launched his own collection of contemporary art. ‘The Intouchables’ spawned numerous remakes and has been loved by critics and audiences worldwide.