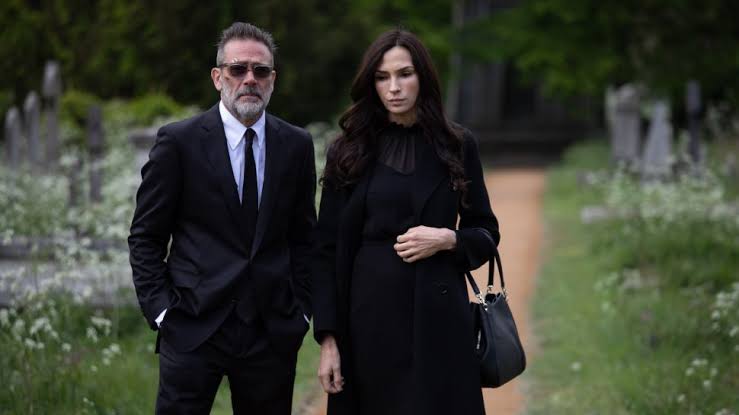 ‘The Postcard Killings’ is a gripping British-American crime thriller directed by the Cannes-awarded Danis Tanovic. ‘The Postcard Killings’ features Jeffrey Dean Morgan, Famke Janssen, and Cush Jumbo in starring roles. In the movie, a New York detective who lost his daughter to a bizarre murder while on her honeymoon resolves to uncover the cause of her death. He joins forces with Scandinavian journalist Dessie Lombard to delve deep into the intriguing case. As the two put their heads together to solve the case, similar murders begin to crop up across the length and breadth of Europe.

The eerie and ominous nature of the film will compel viewers to wonder about its exact origins and the inspiration behind its beguiling plot. Here, we explore how ‘The Postcard Killings’ came to be and precisely how much of its plotline rings true.

Is The Postcard Killings Based on a True Story?

No, ‘The Postcard Killings’ is not a true story. It is based on a book written by James Patterson and Liza Marklund, entitled ‘The Postcard Killers’. Patterson is a revered American author who has written several books which have since been adapted into edge-of-your-seat Hollywood flicks, including ‘Along Came a Spider’, ‘Alex Cross’, and ‘Maximum Ride’, among several others. Patterson’s crowning achievement, however, came when he sold 1 million e-books, becoming the first person to ever do so.

Patterson is as much a reader as an author. The author has previously revealed that he goes fishing for inspiration among the many books he reads. As far as favorite authors go, Patterson has quite the list; his list ranges from authors like James Joyce to Frederick Forsyth. On his literary sources of inspiration, Patterson elaborated, “I draw inspiration from every book I’ve ever enjoyed. Books are what convinced me to write in the first place.” We can similarly expect Patterson to have been influenced to pen down ‘The Postcard Killers’.

Liza Marklund hails from Sweden and is equally accomplished in her career.  Previously a renowned journalist, Marklund then found her forte in crime writing. Her novels have been published in approximately 30 languages. She also co-owns the third-largest publishing Swedish publishing house. She is most prominently known for creating the fictional character Annika Bengtzon. Patterson had devoured all of Marklund’s books and was eager to write a thriller with the crime writer. Marklund was ‘staggered’ when Patterson’s agent reached out to explore possible collaborations between the two. Marklund had initially planned on taking a sabbatical for a year and focusing on studying the Spanish language, but agreed to the deal.

Then began their regular correspondence. Patterson sent Marklund a detailed outline of their book-to-be; the two later met in Florida at Patterson’s home to discuss specifics. Marklund was pleasantly surprised to see that Patterson was warm, welcoming, and extremely down-to-earth for a man of his stature. The two inked out certain booked details during their meeting and then communicated and developed the rest of their book over email.

Marklund crafted the first draft of ‘The Postcard Killers’ and Patterson went on to prepare a refined second draft. This was Marklund’s first time working across the language barrier. Despite having a good working knowledge of English, Liza first wrote in Swedish, her native language, and then had her draft translated into English. After its worldwide release, ‘The Postcard Killers’ attracted attention from a host of Hollywood studios, who wanted to turn it into a striking thriller. However, the film spent several years in developmental hell before eventually being turned into a Hollywood flick.