Is The Right Stuff a True Story?

While the Cold War was essentially a fight between the US and then-Soviet Russia on ideological and geopolitical differences, there is something to be said for the scientific advancements that occurred in this era because of the “anything you can do, I can do better” attitude adopted by both nations. Relaying one such American accomplishment is ‘The Right Stuff,’ where we see NASA recruit the first-ever astronauts in the country. In this article, we explore how much of its premise is factual.

Is The Right Stuff Based on a True Story?

Yes, The Right Stuff is based on a true story. In fact, it dramatizes the tale of Mercury 7, the first group of men that NASA ever sent into space. The plot has been adapted from Tom Wolfe’s book of the same name. Leonardo DiCaprio’s Appian Way and National Geographic paired up to bring the story to our screens. Jennifer Davisson, the executive producer, said, “The heroism of these astronauts was rivaled only by the country’s fascination with their story; this series uncovers both the adventure of space exploration and the adventure of being unwittingly thrust into the public eye.” 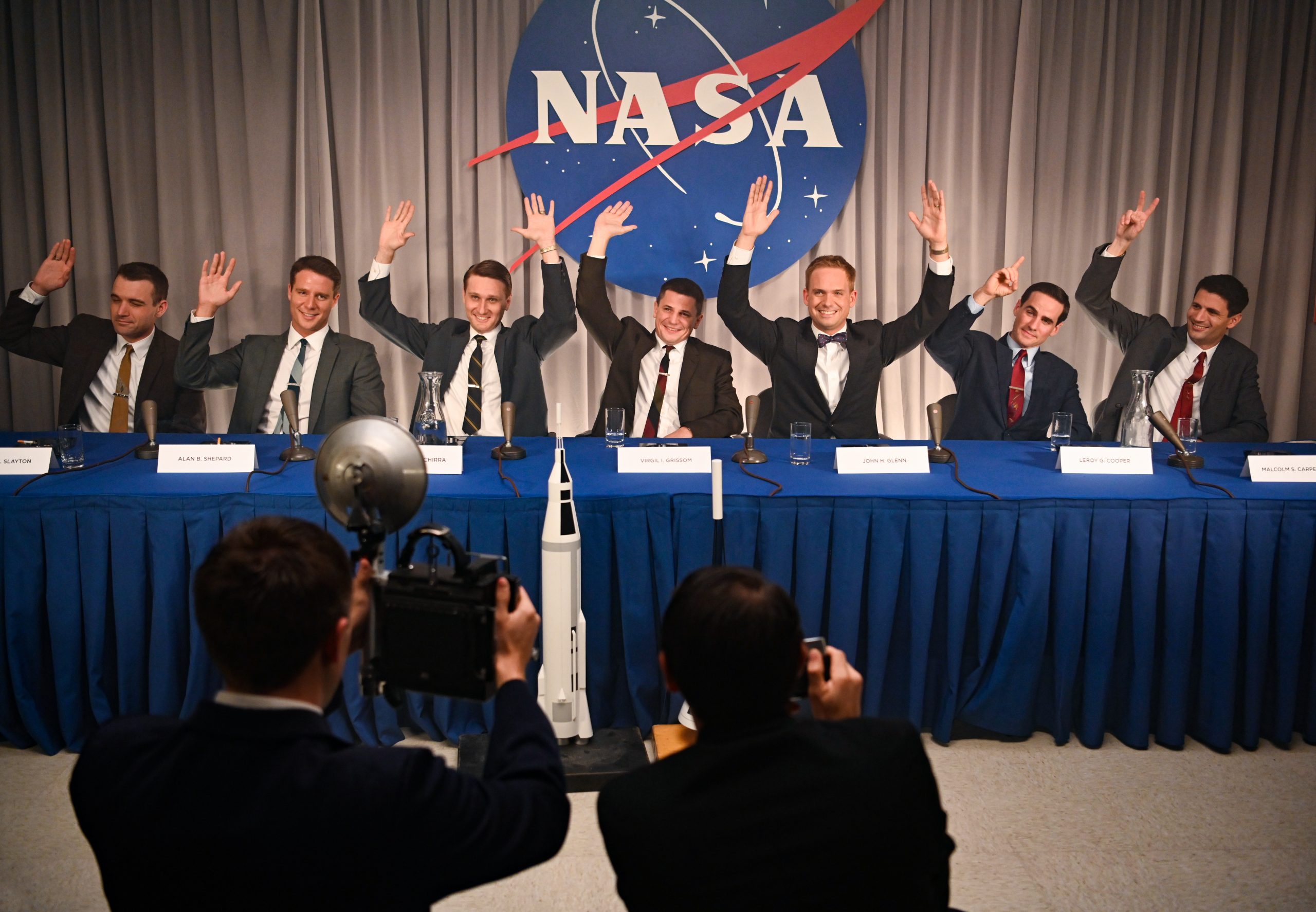 For the uninitiated, Project Mercury was the first program by NASA that launched American astronauts into space. Any guesses on how many astronauts were chosen for the Mercury 7? There were 6 flights from 1961 to 1963, and two simply went up into space and came back. The remaining four actually entered the orbit and circled Earth.

NASA’s Space Task Group had quite the selection criteria. Firstly, men who had served in the military were preferred. They also had to be younger than 40, shorter than 5 feet 11 inches (due to cabin constraints), and in peak physical condition. But the list didn’t stop here. The men also had to have a bachelor’s degree or its equivalent. Furthermore, NASA was looking for people who had graduated from test pilot school, could fly a jet, and had logged a minimum of 1,500 hours as their total flying time.

In fact, the process was quite a thorough one. NASA first obtained the records of test pilot school graduates from the Department of Defence. 110 pilots met the minimum qualifications, and after vetting the men, it was narrowed down to a list of 32 people. But the buck didn’t stop here, as the candidates were made to undergo many physical and psychological tests at Lovelace Clinic and Wright Aerospace Medical Laboratory. Colin O’Donoghue, who plays Cooper on the show, stated, “If you were a surviving test pilot then you were already very special. They had the right stuff. That’s where the saying comes from.”

Scott Carpenter, Gordon Cooper, John Glenn, Gus Grissom, Wally Schirra, Alan Shepard, and Deke Slayton were eventually selected in the program. From the Air Force, we had Grissom, Cooper, and Slayton, whereas the Navy gave us Shepard, Carpenter, and Schirra. Only Glenn was a Marine Corps pilot. It is noteworthy that the crew comprised of white men because the first African-American test pilot only graduated in 1958 and was not eligible for the program, and women were not a part of the military schools back then.

An unexpected consequence of the whole ordeal was the celebrity status these astronauts momentarily gained as the race to reach space intensified. On April 9, 1959, NASA hosted a press conference to introduce the first astronauts of the country. They were seen as true American heroes and the media was absolutely smitten with everything about them, especially their personal lives. For these military men who were not used to the spotlight, this seemed a little odd. However, this attention was something that they had to get used to.

In fact, NASA also signed a deal with LIFE magazine giving them exclusive rights to chronicle the journey of the men, and their wives were also featured. There is an interesting story about how Cooper’s wife had already left him before his selection, but he wanted to keep up the image of a family man. So, he drove down to San Diego to talk to her about this. She agreed to put up the facade since she felt that it was a unique adventure for the kids and herself.

The role of John Glenn is played by Patrick J. Adams, and he explained the various challenges that the actual members faced— “They had to scramble for resources at every turn. They had to fight for their place and they were at risk of people playing politics and pulling their funding at any moment.” But it turned out that Glenn was a great mediator and even had a relationship with then-Senator John F. Kennedy. Adams further stated— “I think Glenn joyfully ran into that responsibility. He fancied himself the de facto leader of this group of people based on his age and his military experience, [and] his ability to be in front of the camera and understand how to work the media at that time.”

Today, all crew members of Project Mercury are no longer with us. However, they have left behind a legacy that is unparalleled. To bring the point home, in 1962, President Kennedy bestowed upon them the Collier Trophy for pioneering the space flight effort. The next year, the group won the Iven C. Kincheloe Award for outstanding professional achievements by the Society of Experimental Test Pilots. The 7 astronauts all went on to have lucrative careers that lasted over many years.

Project Mercury is an important milestone in American history for many reasons that may just seem less obvious now. After all, at that point in time, space had not been studied much and so, as humans, we were not too sure about what to expect. However, the missions that these men carried out enabled NASA to learn so much more about space travel and other related topics. It is imperative to recognize that there is no telling what astronomy would look like today in the absence of this mission.