Is the Story of ‘My Holo Love’ Completely Fictional? 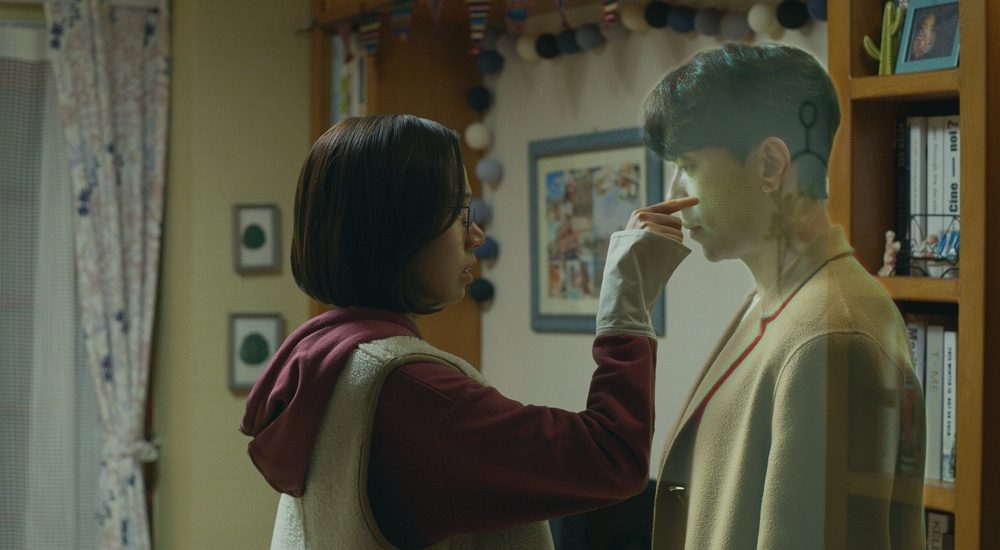 Filmmakers take it upon themselves to remind us of how dangerous technology can be at times and we still pursue AI anyway. While there are several films and shows that directly portray hefty wars between humans and machines, there are others that use this subject to innately invokes conversations about human nature.

‘My Holo Love’ is a new Korean drama series that attempts to do the latter and creates a unique mirror that forces you to imagine the impact of AI on the future of human relationships. Within its span of 12 episodes, it explores everything from technologically infused romantic relationships to the misuse of the same when it ends up in the wrong hands. So further down in this article, let’s discuss all the different themes and aspects of its storyline that ring true.

Is ‘My Holo Love’ Based on a True Story?

‘My Holo Love’ makes it pretty obvious that it is not based on a true story. Fortunately, we don’t yet live in a world where AI-based holograms can literally replace our need for human interactions. Even so, ‘My Holo Love’ is not set too far ahead in the future.

In a world where technology is ever-evolving, it would come as no surprise if, in the future, humans are able to interact with full-fledged AI technologies. There is already an overabundance of social media and dating applications where we seek fulfillment for our loneliness. So it’s only a matter of time when AI will take over and will further serve as a tool for us to seek relationships.

The whole notion that we ourselves can construct an ideal relationship by submitting all of our personal information is quite intriguing. At the same time, it’s also terrifying because of how real it seems. But instead of taking more of a pessimistic look at the relationships of humans and AI, ‘My Holo Love’ sheds a positive light on it.

The relationships that the characters of the show experience with AI are not seedy and unfulfilling in any way and instead, are almost equivalent to that of normal human relationships. Unlike most other similar shows and films out there, ‘My Holo Love’ does not blatantly comment on the flaws of AI relationships and portrays that if handled properly, it can prove to be more of an asset than a liability.

Another aspect of the film that feels wholly real is the backstories of all the characters. The two main protagonists, Nan-do and  So-yeon, suffer from some serious childhood traumas that later reflect on their personal lives. While Nan-do deals with some serious abandonment issues and fears getting close to people, So-yeon suffers from Prosopagnosia, also known as face-blindness, which impairs her ability to recognize faces. While this only seems to be a minor part of its overarching plot, it might be relatable for certain viewers out there.

In conclusion, ‘My Holo Love’ is entirely a work of fiction but in some ways, it does illustrate how disconnected we are as humans and how the consequences of relying too much on AI can often be problematic.