Is Vinny Guadagnino Dating? Who is His Girlfriend?

Vinny Guadagnino is an American reality TV star who became a household name after being cast on all six seasons of MTV’s hit series ‘Jersey Shore.’ He garnered much success after featuring on the channel’s dating reality show ‘Double Shot at Love’ alongside Pauly D, in addition to being the guest host in Chippendales, a touring dance company best known for its male striptease performances.

Vinny has also launched his own clothing brand named I Have a Vision and co-authored ‘Control The Crazy: My Plan To Stop Stressing, Avoid Drama, and Maintain Inner Cool’ with Samantha Rose. While Guadagnino is thriving professionally, it would be quite interesting to know how blissful the reality TV star’s personal life is? Let’s get started!

Undoubtedly, Vinny Guadagnino’s love life is not as happening as his co-star, DJ Pauly D, yet he too has dated some beautiful women in the past. Without counting into the list his notorious flirting with his fellow cast members, Nicole “Snooki” Polizzi  and Angelina Pivarnick, the television personality has admitted to having sincere feelings for the following ladies! On the debut season of ‘Double Shot At Love,’ Vinny felt an instant connection with Maria Elizondo. But the spark fizzled out after she failed to open up to him and had to be regretfully sent home.

Is there a possibility that this is me and Vinny getting along really well?? But also maybe he’s just tryna choke me and get rid of me. Find out every THURSDAY @ 9 PM on #DoubleShotAtLove!! @MTV pic.twitter.com/1m5W94QyxD

As the filming wrapped up, he chose Alysse Joyner as the winner of the season as well Maria his heart. But it is popularly believed that the couple could not make the relationship work as they spent a lot of time apart until the show finally aired on April 11, 2019, and ended on June 27, 2019. But Joyner stated that the real reason for their calling quits was because Vinny had stopped putting in efforts to make the relationship work and she felt extremely hurt at being “ghosted.” At this point, Maria Elizondo agreed to come back for season 2, and she again grew close to Vinny Guadagnino.

The funniest thing is, @VINNYGUADAGNINO kept askin me who I’m close to in the house, I’ve been said @mariae296 and this dumb ass still hit her up (knowing we’re friends) but couldn’t text me back. BET

The two even had sex during the filming but eventually realized that they were better off as friends. He also became infatuated with Ramona Nitu on the same edition of the show, but the Romanian model stood him up on the date, and thus, the budding romance came to an abrupt end. Before beginning his TV roller-coaster rise, the Italian-American star dated the model, Elicea Shyann, for almost a year, starting from 2017. The couple went their separate ways after she caught him publicly cheating on her on the MTV series.

Vinny Guadagnino was recently linked to the ‘Too Hot To Handle’ fame, Francesca Farago. On July 11, 2020, the 26-year-old social media influencer was spotted having a romantic dinner date with the reality TV star in New York City. This was only weeks after Harry Jowsey, a YouTuber and television personality, had broken off his engagement from Farago. 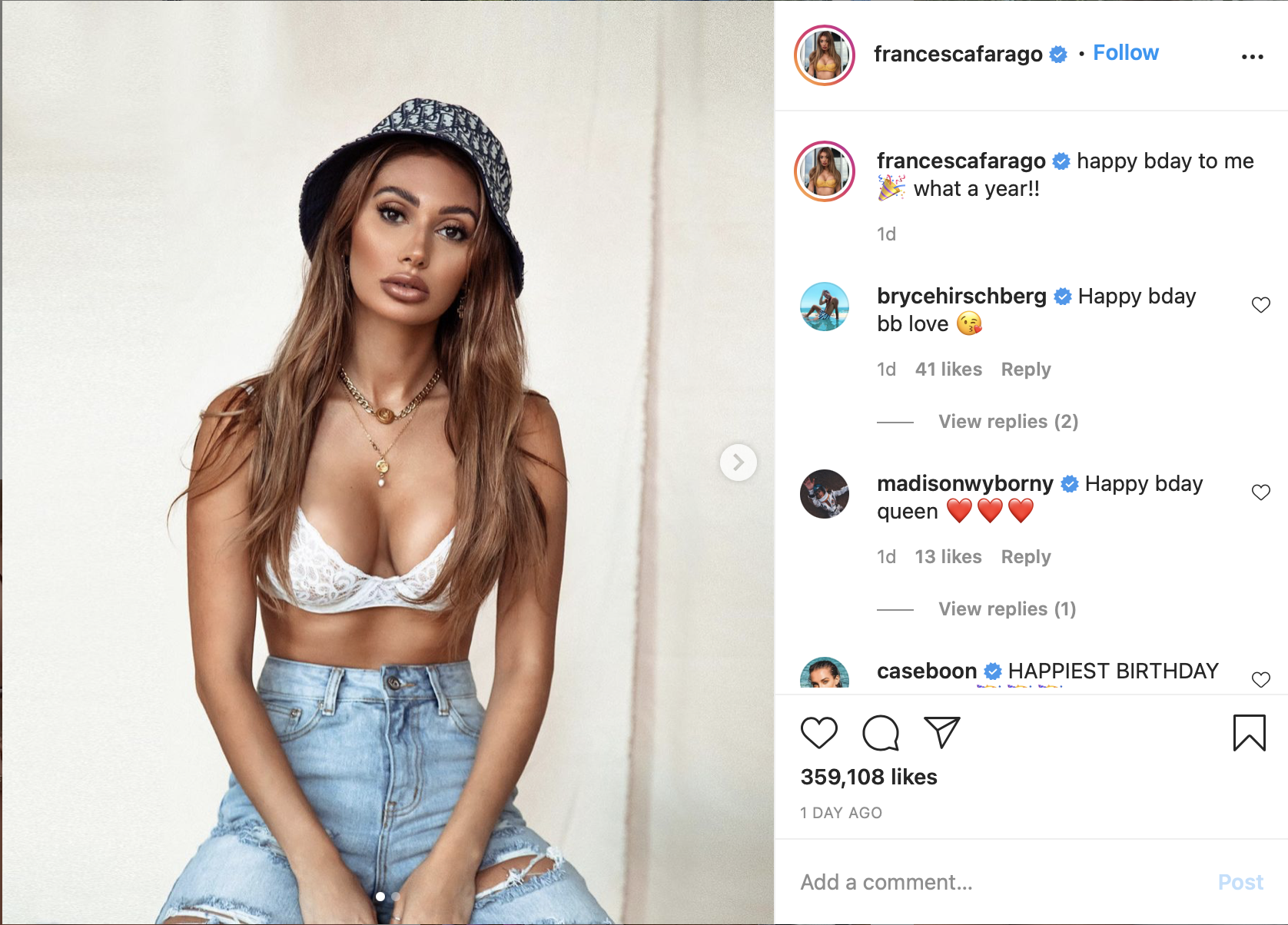 But she put the rumors about her dating the ‘Jersey Shore’ star to bed by saying that they are “just friends.” The alleged couple has been shying away from making their relationship official. Farago stated on the celebrity gossip podcast “Not Skinny But Not Fat” that, “He’s like me in guy form, it’s weird.” Nonetheless, their back and forth flirting on social media accounts suggests otherwise.

The Netflix star, 26, complimented Guadagnino, 33, as “cute” and pointed at their ideal age gap. Nonetheless, she maintains that her meeting with Guadagnino was completely casual and she is, in fact, dating someone she had “recently met.” The crystal clear statement hardly leaves any trace of doubt that the two may not be in a relationship, after all.

Read More: Are Derynn And Pretty Ricky From Double Shot at Love Still Together?