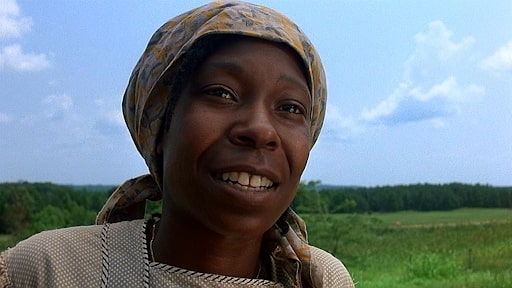 Caryn Elaine Johnson is better known as Whoopi Goldberg. She is an American actor, comedian, author, and television personality. The entertainer has the distinction of having won a Grammy, an Emmy, an Academy Award, and a Tony Award. Born on November 13, 1955, Whoopi hails from New York and is currently 64 years old. Recently, ‘The Color Purple‘ actress struck fears in the fans’ hearts, as many believed she had passed away. Let us put your doubts to rest, by assuring you that Whoopi is very much alive. So, how did the rumors about her death start?

Recently, rumors surfaced on the internet that Whoopi had passed away. However, there doesn’t seem to be any originating source of said rumor and it might have been one of the word-of-mouth instances that manage to spread due to netizens often being susceptible to hoaxes. At present, Whoopi has not addressed the death hoax. However, her most recent post comes five days back, on the occasion of World Environment Day.

On top of everything else that is going on in the world – Today is World Environment Day. I hope you take a look at this beautifully animated piece @thegiganticchange Thanks @extinctionrebellion for asking me to part of something so wonderful. #climatechange #thegiganticchange

While the most recent rumor concerning Goldberg’s death seems to be baseless, the veteran entertainer did get a death scare last year. Whoopi fell seriously ill but fans couldn’t believe that she would be gone from ‘The View’ for so long. They began speculating that Whoopi had been fired. However, her return quelled any such unnecessary theories.

Despite making a recovery, Whoopi revealed at the time that she wasn’t quite back to her old self. She stated, “I had pneumonia, and I was septic. Pneumonia in both lungs, which meant there’s fluid, there was all kinds of stuff going on. Yes, I came very, very close to leaving the Earth. Good news: I didn’t.” She thanked all her supporters and well-wishers at the time.

.@WhoopiGoldberg shares an update on her health as she recovers from pneumonia, saying she’s “okay” and “up and moving around”: “I came very, very close to leaving the Earth. Good news, I didn’t. Thank you for all of your good wishes.” https://t.co/f8u2wbJuik pic.twitter.com/KfBR05dL1t

Considering Goldberg’s health scare and her age, it is logical how fans might have been led to believe that Whoopi had succumbed to complications. However, you can check a video she posted about a week back, where the wise woman offers her views about the current unrest in the US due to George Floyd’s tragic demise in the hands of the Minneapolis Police Department.

From the video, it is clear that Whoopi is doing very well and is in full control of her health and mental faculties at the moment. She has also made the lockdown period a little fun for herself and her fans with a video about fun things Whoopi finds around her house.

The actress currently has a big project lined up. She can be seen in ‘The Stand,’ based on Stephen King’s novel. The CBS show focuses on an apocalyptic world where the battle between good and evil rages constantly. Randall Flagg or the Dark Man emerges as the antagonist who embodies the worst nightmares of the survivors. However, they can rely on Mother Abagail, who promises to protect them. Whoopi appears in the role of the 108-year-old woman who seems to be mankind’s last hope against destruction at the hands of Flagg.