Is WWE Real or Scripted?

There’s nothing quite like WWE or World Wrestling Entertainment, to get you to the edge of the seat. You have iconic wrestlers like The Undertaker, John Cena, and Stone Cold. Added to the mix are rivalries, revenge arcs, showdowns, everything to make WWE one of the fascinating shows on the planet. With its rising popularity, there have been questions whether the wrestling is fake, and we are here to settle all doubts. 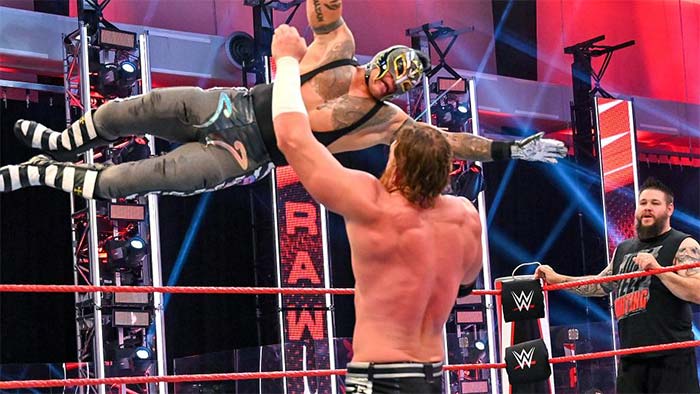 Firstly, WWE shows are not legitimate contests. They are entertainment-driven performance pieces incorporating storyline driven matches that are scripted, choreographed, and improvised. Vince McMahon, WWE’s owner, first acknowledged this in 1989 to avoid taxes from athletic commissions. From the 1980s, WWE has publicly branded its product as sports entertainment, acknowledging that the product is rooted in competitive sport and dramatic theater.

Despite the candid acknowledgment of the theatrics, some critics have pointed out that the wrestling we see in WWE is fake. Well, indeed, the wrestlers are not actively trying to hurt each other. Instead, they are trying to entertain audiences. This makes the show scripted, not fake. Let us address this methodically.

Some critics have a go-to claim that all we see on the screens are done with the help of wires and padding. No, no wires are acting as safety nets. From Shane McMahon’s leap of faith to Rikishi’s fall from Hell in a Cell, one simply has to accept the wrestlers are willing to put their bodies and lives on the line to entertain us. With considerable risk comes the chances of injuries. There’s nothing fake about the hurt the wrestlers have to sustain. Wrestlers like Stone Cold and Edge have had to end their careers due to injuries. Recently, The Undertaker announced his retirement as well following an injury that might have broken his neck.

After all, pro-wrestling requires members to put their bodies on the line at all times. While some injuries are played into the script, a lot of them are rather severe. For example, Triple H’s torn quadriceps in April 2001 required surgery, which left him out for nine months. However, he took the trouble of finishing the match where he sustained it. Finally, there’s no offseason for wrestlers. While every athlete gets some time off, the WWE wrestlers have to tour and fight matches almost every day of the year. It takes a toll on physical health, which is an authentic aspect of wrestling that many viewers choose to ignore.

It is not a simple answer when it comes to WWE. Sure, the matches are scripted, the outcome is pre-determined, and some of the moves and takedowns are choreographed. To top it off, the wrestlers portray themselves as characters to fit the larger narrative arc of WWE. However, it would be shortsighted and disrespectful to the entertainers to call this show a fake. Not only are the injuries real most of the time, but the bleeding and scars we see are also legitimate.

Thus, the flak that wrestlers get is unjustified, considering the constant exertion they go through while always bearing the risk of an injury. Between their hectic travel schedules, intense training, and the desire to deliver top-notch performances each night, the wrestlers deserve nothing but respect from us.