Is Young, Stalked, and Pregnant Based on a True Story? 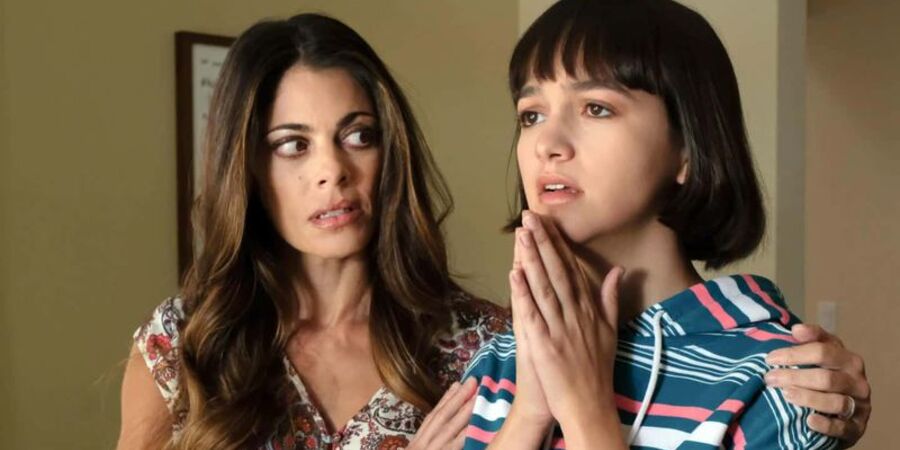 ‘Young, Stalked, and Pregnant’ is a made-for-TV thriller film for the Lifetime Channel. The movie centers around Audrey, an 18-year-old who has her whole life planned and figured out. She gets into the college of her dreams, only to have all of her plans thwarted when she finds out she is pregnant. Audrey’s boyfriend and baby daddy is Sam, a no-good delinquent from the wrong side of the tracks (according to her friends, anyway).

When Audrey tells Sam about the pregnancy, he immediately proposes marriage and says he wants to raise the baby with her. However, this is not how Audrey imagined her life going, so she decided to give the baby up for adoption. Her parents are supportive, but Sam is not on board, which leads to their relationship turning sour. At the constant behest of his mother, Sam starts stalking Audrey to convince her to marry him and keep the baby.

When Audrey does not change her decision, Sam and his mother devise a dangerous plan that could potentially have deadly consequences. The film is a well-made and fast-paced thriller that serves its cast well and does justice to the disturbing storyline. The real villain of the film is not Sam but his mother, as he is mostly acting on her orders and guidance. But is the movie ‘Young, Stalked, and Pregnant’ rooted in reality? Let’s find out!

Is Young, Stalked, and Pregnant Based on a True Story?

No, ‘Young, Stalked, and Pregnant’ is not based on any true story. We dug deep to find any real-life cases of stalking or kidnapping of pregnant women by the baby daddy. However, the only news articles that came up were about people (not related to the baby or the mother) murdering pregnant victims at the end of their pregnancy to steal fetuses.

In criminal terms, it’s called fetal abduction, and the fetus is stolen from the body of the kidnapped pregnant woman by way of a gruesome and crude C-section. The mother usually ends up dead in these violent crimes. Thankfully, this is nowhere close to what happens in the film ‘Young, Stalked, and Pregnant’; otherwise, it would have been way more disturbing than it already is.

While we did not specifically find any real-life case of an ex-boyfriend/baby daddy stalking and kidnapping the pregnant mother of his child, exes stalking exes is not something that’s unheard of. If you take the pregnancy out of the equation, this movie’s plot becomes about an obsessive ex-boyfriend who goes to extreme lengths to keep his relationship going. And isn’t that a commonly occurring reality in all parts of the world?