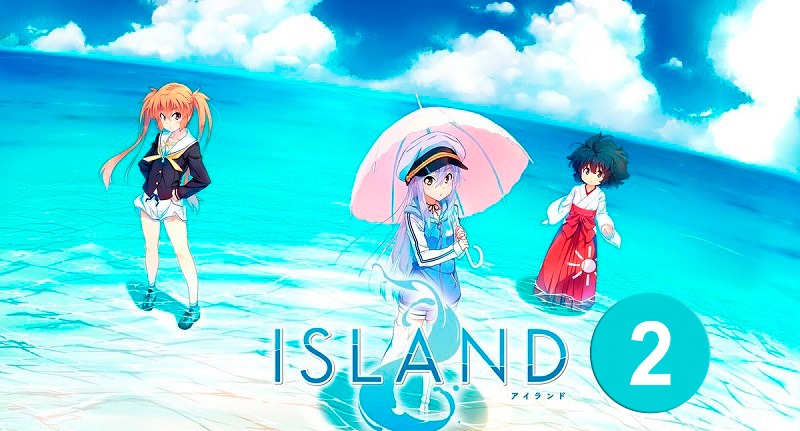 Island (also known as Airando in Japanese) is a romantic anime television series which is based on a visual novel of the same name. Developed by Japanese visual novel studio Front Wing, the visual novel was initially released for Windows on April 28, 2016. Later it was also released on platforms like PlayStation Vita, PlayStation 4 and other game-hosting services like Steam. Around the initial time of the release of the visual novel, it was also adapted into two separate short manga series. Subsequently, a couple of years later, a Japanese anime studio called feel. announced plans to adapt the visual novel into an anime television series, and Season 1 of Island premiered on July 1, 2018. While it wasn’t deemed to be an exceptional anime show, it still managed to create its own fanbase, and fans have been waiting to hear news on a second season since then. Here’s everything we know about the prospects of Season 2 thus far.

Island Season 2 Release Date: When will it premiere?

Island season 1, consisting of 12 episodes, premiered on July 1, 2018 and ran till September 16 of the same year. In spite of the anime show’s success in creating its own fanbase, a second season has not been confirmed by feel. or any other company related to Island’s production thus far.

Although anime shows are typically renewed within a period of five years and a non-renewal right now would usually not cause any worry, Island’s case is different from most anime shows. Firstly, Island is based on a single visual novel. Secondly, even though it has been adapted into two separate manga series, both are only two chapters long, and one among the two is a crossover. Given these facts, it seems quite unlikely that a second season will be made. That being said, there’s also a slim chance that the studio might create a new storyline for a second season. If that happens, our best guess is that Island season 2 release date could be sometime in 2021. We’re keeping our ears open for news on Season 2 of Island and we’ll update this section as soon as we hear something reliable.

You can watch the English dubbed version of ‘Island’ on Funimation. You can also stream it on Crunchyroll with its original Japanese audio and English subtitles.

The novel, and consequently the show, is set in an island called Urashima which is situated far from the mainland. Urashima was pretty much a paradise and people living there lived happy, carefree lives. However, five years prior to the events of the show, the three great families of the island suffered a series of misfortunes, which led to the people of the island cutting off all contact from the mainland. With the people of the island spiralling into a slow but steady decline, the responsibility of saving the island from a grim fate falls upon three girls, who are descendants of the three great families of the island. In spite of this crushing weight of destiny on them, the three girls are bound by old traditions and cannot fulfill their responsibility towards the island because they are conflicted.

However, this all changes when a lone man washes ashore on the island. He claims to be from the future, and having seen the grim fate the island is headed towards, he begins a solitary struggle to save the island before it is too late.

Although Island has a limited number of characters, quite a few of them are central to the plot of the show. Below, we’ve provided you with brief backgrounds on each of the important characters in the show.

Setsuna Sanzenkai: The main male protagonist of the show, Setsuna washes up on the sandy beaches of Urashima naked, and is rescued by Rinne Ohara. After being rescued by Rinne, he becomes a servant of the Ohara family. However, he claims that he is from the future and has been sent to save the island, but he cannot remember who gave him the mission. Yet, Setsuna’s lack of memory does not prevent him from going about his task, and he does so with a mysterious optimism and confidence, and smashes every regressive, old tradition on the island.

Rinne Ohara: One of the three female protagonists of the show, Rinne hails from the wealthy Ohara family, which is one of the three richest families on the island. Because of a bad experience she had years ago, Rinne spends most of her time as a social recluse, inside the four walls of the sprawling Ohara mansion. She has a nocturnal lifestyle and leaves the safety of the mansion only at night. As far as Rinne’s personality is concerned, she does not believe in sugarcoating things and is blunt to the point of coming off as extremely rude. On the other hand, Rinne is rather romantic, and considers herself to be a “princess”.

Karen Kurutsu: The second female protagonist of the show, Karen hails from the powerful Kurutsu family and is the daughter of the town mayor. Five years prior to the show, her mother abandoned their family and travelled to the mainland, and Karen, being an admirer of her mother, aspires to do the same someday. As far as Karen’s personality is concerned, she is a rebellious teenager who is rough in both her speech and her manners. She also carries a knife with her all the time, and is the voice of common sense among the traditional islanders.

Sara Garandou: The final female protagonist of the show, Sara is the sole shrine maiden of the Urajima shrine, having lost her family members in a fire five years ago. She is extremely fascinated with the supernatural and obsesses over curses and other supernatural powers, without heeding the fact that such powers are considered to be unscientific in nature. Further, Sara also claims to have a connection with a time traveller from the future.