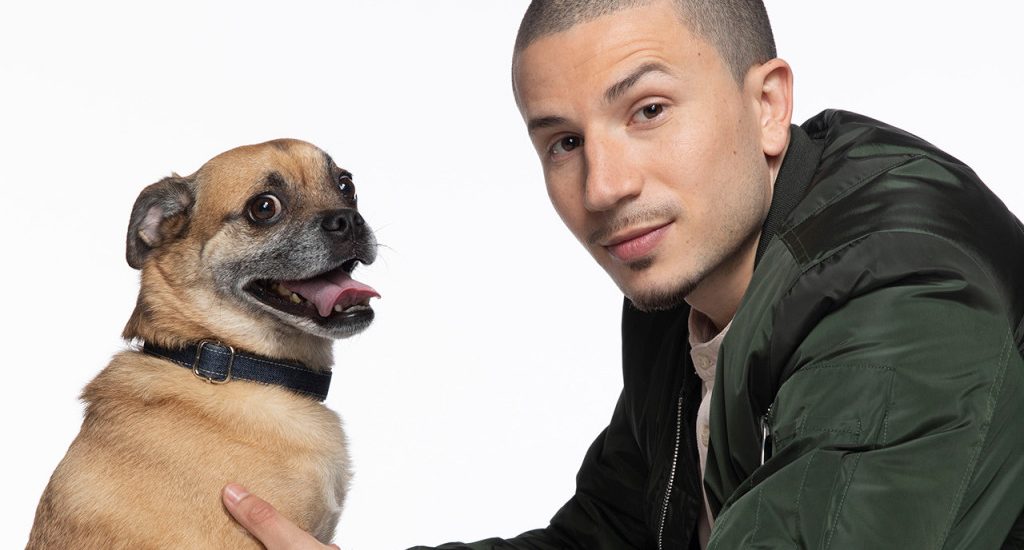 The bond between a man and his dog is a relationship that we cannot explain in mere words. It is sacred, it is selfless, and it is about the affection hidden between unspoken words. Something only pet parents can understand. So, for all you dog lovers out there, here’s some good news. Netflix’s Original ‘It’s Bruno!’ is a comedy-drama that revolves around a four-legged fur baby Bruno and his owner Malcolm. Created and executive produced by Solvan Naim, the show first premiered on May 17, 2019, on Netflix.

Featuring Solvan Naim as the creator, director, and executive producer, ‘It’s Bruno!’ stars him as the protagonist, alongside his adopted pooch as the co-star. He and his best friend embark on various hilarious adventures on the streets of the happening Brooklyn block, and this show chronicles their daily journey. A multiple award winner, Naim is an Algerian-American writer, director, and rapper, who hails from Bushwick, Brooklyn. He made his debut with his feature film, ‘Full Circle’, which earned him several accolades, including five festival awards. Other notable works from his library are the short firm ‘Stanhope’, ‘The Get Down’, ‘Power’, ‘Snowfall’, and ‘The Blacklist‘, to name a few. Additionally, Naim is the youngest feature film producer, with the lowest budget, to be registered with the New York Mayor’s Office of Film, Theatre & Broadcasting at the mere age of 22.

Other cast members in recurring roles include Rob Morgan (best known for his roles in ‘Jessica Jones‘, ‘Mudbound’, ‘Daredevil’, and ‘Luke Cage)’, and Shakira Barrera (recognized for ‘GLOW‘, ‘Lethal Weapon’, and ‘Queen of the South’).

It’s Bruno! Plot: What is it about?

‘A story about a man and his dog’ — As we already mentioned, this sweet, comic tale is centered on Malcolm, a resident of Brooklyn,  who is a dog parent to Bruno, a slightly disobedient, naughty, and lovable fur baby, whose sole aim seems to make his owner look stupid in front of onlookers. Nevertheless, he is a ‘good boy’ for his dad and  Malcolm is committed toward caring for him, no matter what.

Bruno is Malcolm’s adorable rescue puggle mutt and constant partner. When the duo steps out for their daily tasks on the lanes of the bright, vibrant neighborhood, which begins with them brushing their teeth together, they share several doggy exploits. For example, even the regular grocery trip comes with its own share of excitement. One funny incident is when Bruno manages to embarrass his owner in front of another rival pet parent. Yet again, you see Malcolm getting a bit hurt when a neighbor addresses Bruno by another name, Charlie, and the former lashes out at him, demanding respect for his pet. We additionally witness the four-legged brat succeed in securing a woman’s number for Malcolm.

Moreover, Malcolm is also quite protective of his dog. You repeatedly see him shouting, “Hey, don’t touch my dog!” In short, Bruno seems to be the star of everything and also the main enabler in kick-starting Malcolm’s almost non-existent social life. Of course, there’s that daily ruckus that follows with pets leaving their ‘caca’ behind during their daily walks.  Well, the incidents are endless and throughout the chaos, this comic pair succeeds in bringing quite some laughs.  If you have watched ‘Marley and Me‘ or ‘Marmaduke’, you shall immediately understand what we are trying to say here. This is a tale for all dog lovers, packed with fun, charm, drama, and comedy.

It’s Bruno! Season 2 Release Date: When will it premiere?

The eight-episode ‘It’s Bruno’ season 1 released on May 17, 2019 on Netflix. The ‘pawsome’ show relives the magic that was brought to screen by masterpieces such as ‘Marley and Me’ and ‘Hachiko’. One of Netflix’s pioneering attempts in exploring the life of a devout pet parent and his relationship with his four-legged buddy, this show should surely be a heartwarmer.

As far as the ‘It’s Bruno’ season 2 concerned, we don’t have an official announcement. Though, we do already know that every show or movie, which features an adorable furkid, has always managed to attract watchers, especially dog lovers. If you have watched previous Netflix originals such as ‘Benji’, you shall know that history stands proof of our claim. And we would not be surprised if this series also generates a similar response. Therefore, we are hopeful that the show will get renewed and Bruno season 2 will premiere sometime around May, 2020. We will be updating this section as soon as we get further official news. Till then, stay tuned!

While we wait for an update on ‘It’s Bruno’ season 2, check out the season 1 trailer to refresh your memories. If you haven’t seen the show yet head over to Netflix to catch all the episodes of the previous season.