Are Ivan and Aleks From MAFS Australia Still Together? 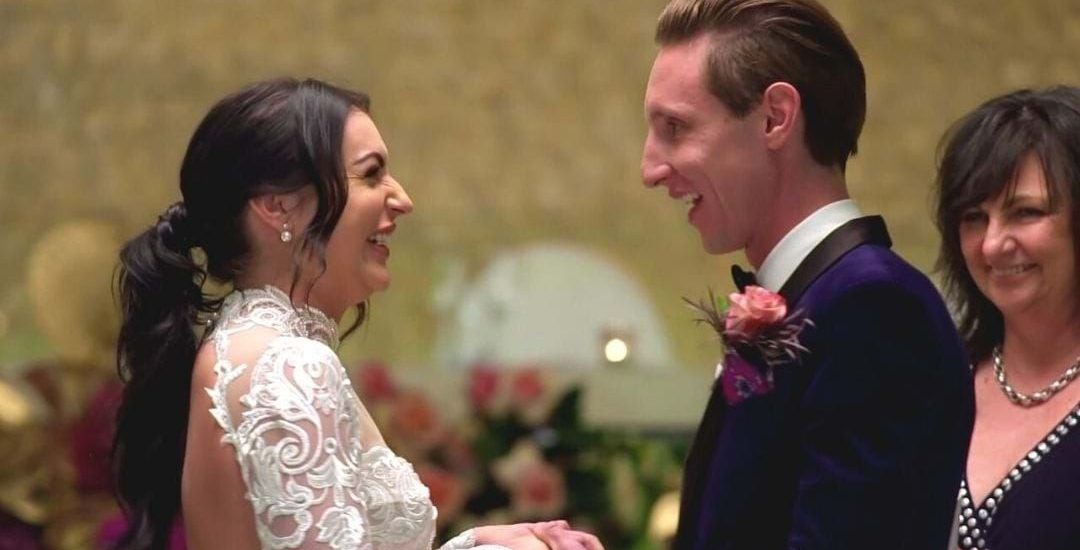 As the name suggests, ‘Married At First Sight‘ is a reality dating series in which complete strangers are paired together by relationship experts after their profiles and past have been carefully analyzed, following which, they meet at the altar to commit to each other and form a relationship.

The Australian edition of the series, just like all the other international versions, follows the same concept, with the sole difference being that the marriage is not legally binding. Now that its latest season has made its way to America, you must be wondering how the couples fared on the series and where they are now, right? So, here’s all that we know about Ivan and Aleks!

Ivan Sarakula and Aleks Markovic, both real estate agents from traditional family backgrounds and looking for love, seemed like the perfect match. The experts clearly saw that their personalities, open and bold, along with their ambition, would make them push each other to be the best versions of themselves, and hopefully, if all goes well, would give them the happiness that they had only been dreaming of till now.

Hi I’m Ivan, I think we’re going to have a lot of fun with this #MAFS

When they got married in episode 5, it seemed like they could, in fact, go all the way. They got along like a house on fire thanks to their backgrounds, nature, and sense of humor, which made them be one of the most promising couples in the series. However, it turned out that not everything was the way it seemed as, behind the scenes, cracks in their relationship had started to appear.

The picture-perfect couple had begun arguing all the time, and although in the four Sunday Ceremonies that they had attended, they had mutually decided to stay in the experiment, their relationship and experience was far from what they had expected. When a Dinner Party, which had all the couples coming together, resulted in Ivan and Aleks’ relationship getting questioned and Aleks being accused of cheating, the couple decided that it was the last straw and left the experiment.

Bring it on. #MAFS

As they left in such a hurry, without any explanation to their fellow cast members or the producers, it seemed like they were leaving as a broken-up couple. Yet, when they returned for the reunion, they were civil and remained mum about their relationship status, which confused everyone. But, no worries, you don’t have to remain in the dark and just blindly guess about what happened, because they have come clean about where they stand.

Are Ivan and Aleks Still Together?

No, they are not. Although when Ivan and Aleks left the show, they released near-identical statements on Instagram which specified that they were still in a relationship, they broke up not too long after that. “The pressures and expectations of the experiment got the better of us,” Ivan wrote. “Aleks and I stayed together the evening of our exit and I even saw her off at the airport to be with her family again. It was an emotional moment for the both of us. Let’s see if being outside does our relationship any more justice without the pressure and judgements of our peers.” You can check out the entire post below:

The pressures and expectations of the experiment got the better of us. Aleks and I stayed together the evening of our exit and I even saw her off at the airport to be with her family again. It was an emotional moment for the both of us. Let’s see if being outside does our relationship any more justice without the pressure and judgements of our peers. That being said, regardless of what pans out over the next few days and weeks, we are forever grateful for all of the wonderful people we have met along the way. We are all just humans on our own journey. Spread love, not hate and judgement. #MAFS

During the exit interview with 9Entertainment, Aleks revealed that she “self-sabotage[d] the relationship” just to get out of the show and the toxic environment it created. “I knew I was never going to leave Ivan, I knew I was always going to have him in my life. But at that time, it just wasn’t in a romantic way, because I’d built up my walls, self-sabotaged and just left.”

However, in April, she revealed that the couple had parted ways for good in February. She posted a picture of the two of them together on Instagram, and alongside it wrote a caption which explained everything, it included: “Our values, wants, needs and lifestyles didn’t align, and that’s ok. I wish him nothing but the best. Please respect my privacy on the matter as just like anyone out in the “real” world, some relationships just don’t work out.”

Ivan and I dated until February when the relationship ended. Our values, wants, needs and lifestyles didn’t align, and that’s ok. I wish him nothing but the best. Please respect my privacy on the matter as just like anyone out in the “real” world, some relationships just don’t work out. My MAFS journey was one that I will never forget. I learnt so much about myself and what I truly want and need for myself and in a partner. I do not doubt that my soulmate is out there somewhere. #MAFS

Right now, both individuals are keeping their private lives private and seem to be focusing on themselves and their careers. Aleks has even created a YouTube channel where she uploads videos of herself covering songs by various artists. So, make sure to check that out.

Does anyone else wear active wear with no intention of being “active”? Cos same 💁🏼‍♀️#foreverlazy