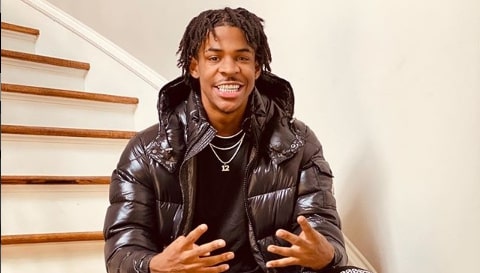 There have been some unconfirmed rumors that Ja Morant has passed away, but these do not hold any water since the sports star is alive and doing well. Temetrius Jamel “Ja” Morant is a professional basketball player for the Memphis Grizzlies. Morant’s been causing quite a stir in the NBA circuits, and naturally, fans have been worried about the recent rumors of his death. However, how did the stories start?

Morant’s rumors seem to have no specific origin, and the social media reports which started circulating do not specify a cause of death either. In all likelihood, such unverified news only does the rounds because netizens are overeager to share things while feeling emotional, rather than verifying whether the information is correct. It results in us falling victims to death hoaxes.

However, we did a little digging, trying to find the source of the rumor. Color us surprised because it seems that the infamous prank site, channel45news, is behind the tale again. There’s a report stating that Morant was found dead early in the morning, in his downtown Memphis home. We learn that he passed away due to an undetected fatal illness. The news ends with an account of how this is a sad day for Memphis, and the NBA, telling us that our thoughts and prayers should be with Ja and his family.

While the emotion in the report is heartfelt enough for someone to believe, there’s no cause of death mentioned. Moreover, there’s no date given for the news or the reporter’s name. Usually, correct news always has the reporter’s name attached for further checking or confirmation. If one goes through the site carefully, one is bound to notice the information that it is a prank site. Perhaps the fatal illness part pushed readers over the edge because the ongoing pandemic has led to a health scare in all of us.

Ja has not responded to the rumors at the moment. However, here’s a picture of Ja in Orlando on July 10, 2020. As you can see, he’s doing just fine and does not appear to suffer from an undetected fatal illness.

Ja Morant debuts his new “JA 12” personal logo as he arrives in Orlando.

Recently, Ja was embroiled in a bit of controversy as he took a powerful anti-police stance after the demise of George Floyd, in the hands of the Minneapolis Police. The player ended up apologizing for his actions. In conclusion, Ja is doing well, and any news about his death is entirely unsubstantiated. If a significant NBA player like Morant passes away, reputable news outlets are bound to cover it. We will leave you with Ja’s most recent picture on his Instagram feed. [Cover Image Courtesy: Ja Morant/Instagram]