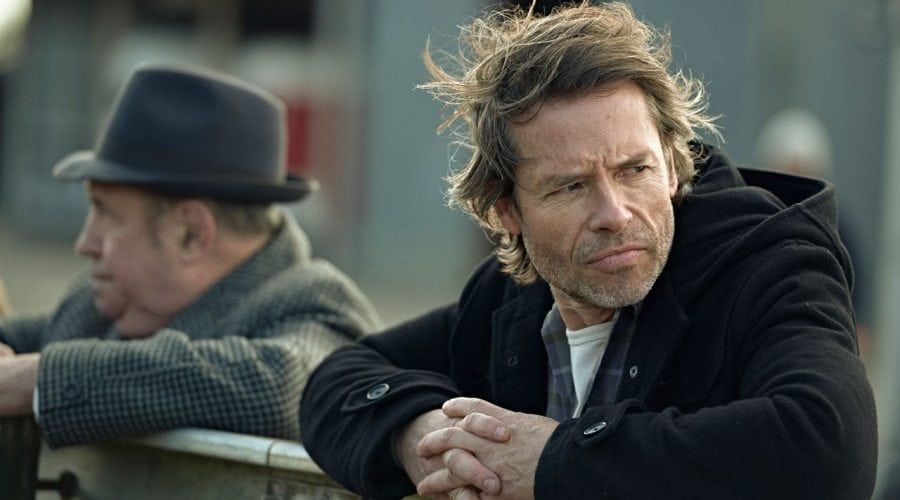 ‘Jack Irish’ is an Australian crime drama television series that airs on the ABC network in Australia, and on Acorn TV in the US. Created by Andrew Anastasios, Matt Cameron, Andrew Knight, the show is based on a series of detective novels of the same name by Australian crime fiction author Peter Temple. Interestingly, however, ‘Jack Irish’ initially came to the small screen as a set of full-length telemovies before being adapted into a television series. The first movie, called ‘Jack Irish: Bad Debts’ premiered on October 14, 2012 and managed to attract nearly a million viewers in Australia. Unsurprisingly, ABC, to keep the momentum going, released the second movie, ‘Jack Irish: Black Tide’, a week later on October 21, 2012. ‘Black Tide’ was also met with enthusiasm from audiences, and more than 850,000 people tuned in to watch it. A couple of years after these two films aired, ABC released the third film, ‘Jack Irish: Dead Point’ on April 13, 2014, much to the delight of fans.

Having created a solid fan base through the films, ABC decided to milk the franchise more, and announced that it would be making a television series on the titular detective. Subsequently, a couple of years later, Season 1 of ‘Jack Irish’, consisting of six episodes, premiered on February 11, 2016. It received a favourable response from viewers, and ABC renewed the show for a six-episode second season, which premiered on a couple of years later again on July 7, 2018. Since then, fans of the show have been awaiting news on a third season, and here’s everything we know about it thus far.

Jack Irish Cast: Who is in it?

Through the three telemovies and the two series, the star-studded main cast of ‘Jack Irish’ has remained largely unchanged.

‘L.A. Confidential’ (1997) and ‘Memento’ (2000) star Guy Pearce plays the role of the titular character, Jack Irish, a criminal lawyer-turned-private detective who works as a debt collector. Still shaken by the murder of his wife by a maniacal ex-client, Jack is an emotionally troubled character who tries to rebuild his life and move on.

Marta Dusseldorp, meanwhile, plays the role of reporter Linda Hiller, who has an on-and-off romantic relationship with Jack and gets involved in many of his cases.

Roy Billing plays the role of racing aficionado Harry Strang, who often enlists the help of Jack, and Aaron Pedersen steps into the shoes of Harry’s tough but kind-hearted right-hand man Cam Delray, who often helps Jack out with his cases.

As far as recurring cast members are concerned, some have remained unchanged while others have changed with each movie and each season. Those who have stayed with the show throughout include Vadim Glowna / David Ritchie as Charlie Taub, Emma Booth as Isabel Irish, Marshall Napier as Father Gorman, and Rhys Muldoon as Rod Pringle.

If the show does return for a third season, we can expect the main cast members and the long-standing supporting cast members to return. Of course, there are bound to be additions to the cast, and we’ll update this section when we hear about them.

Jack Irish Plot: What is it about?

Being based on a series of detective novels, the basic premise of ‘Jack Irish’ is a fairly simple and follows the hard-boiled, tragic titular protagonist as he solves myriad cases, each with its own unique set of circumstances and implications. While this sounds like yet another hard-boiled detective fiction show, what sets ‘Jack Irish’ apart from its many counterparts is its ability to strike a delicate balance between savagery and violence and humour. Most other shows of this sort tend to take themselves and their tragic protagonists rather seriously, and as a result they often become tedious watches that offer no respite from violence. Thus, ‘Jack Irish’, despite its extremely serious themes and cases, stands out as a breath of fresh air and is a show that’ll impress fans of hard-boiled detective fiction.

While we don’t know what television critics collectively think of the show, The New York Times had words of high praise, saying, “…whether you’re caught up [with the show] or a binge-ready newbie, it’s a show that should be on the noir fan’s watch list.” Viewers, too seem to have had enjoyed ‘Jack Irish’ thus far, and it has a good rating of 7.8/10 on IMDb.

Jack Irish Season 3 Release Date: When will it premiere?

Season 2 of ‘Jack Irish’ premiered on July 7, 2018, and although a lot of time has passed since then, no renewal announcement has come yet. However, there’s no reason to despair yet – seeing as Seasons 1 and 2 had a gap of two years between them, we expect that Season 3, if it is renewed, will also arrive two years after Season 2. If this is indeed the case, then we can’t expect ‘Jack Irish’ season 3 to release sometime in July, 2020. That being said, we’re keeping our eyes and ears open for news on the future of the show, and we’ll update this section as soon as we hear more.

While we wait for ABC to make an announcement on the future of ‘Jack Irish’, here’s the trailer for Season 2 to give you a glimpse into the show and the story thus far. If you haven’t seen the show yet head over to Acorn TV to catch all the episodes of the previous seasons