Espionage is one of the most popular genres in storytelling. Be it movies or books, the life of a spy has always been a topic of interest. Ian Fleming and John La Carre have given us the most iconic spies of all time. Tom Clancy is another in the list of the creators of unforgettable characters. His Jack Ryan novels have a universe of their own, and the best-selling series has previously been adapted for the big screen a number of times. The likes of Alec Baldwin, Harrison Ford, Ben Affleck and Chris Pine have portrayed the CIA agent.

John Krasinski joins the league with Amazon’s adaptation of the books into a series. The first series serves as an introduction to Ryanverse. We get to know about his past. He claws his way up from a desk job to become a field agent. His personal life is also looped in, and above all, we get a picture of his work ethic. If you haven’t yet seen the show, then you should head over to Prime Video and come back to this page only after finishing up with the finale.

Jack Ryan works for the CIA, but only as an analyst. His job is to keep an eye on the offshore accounts of various organizations in Yemen and notify his superiors in case of any discrepancy. He does come across something suspicious, however, is ignored by his peers on reporting it. It is only when their department gets a new head that he is able to voice his opinions. But also, he is not considered with as much seriousness as he would like to. Meanwhile, the whispers of a new name are gaining ground in Islamic radical groups. The name of Suleiman is nagging at Ryan, and he worries if they have another bin Laden in the making. He wants to cut off all the heads of this monster before it turns into a Hydra. But the wheels of his system work slowly, while in the background, Suleiman’s plan has already taken off.

The Ending: What Does It Mean For the Characters? 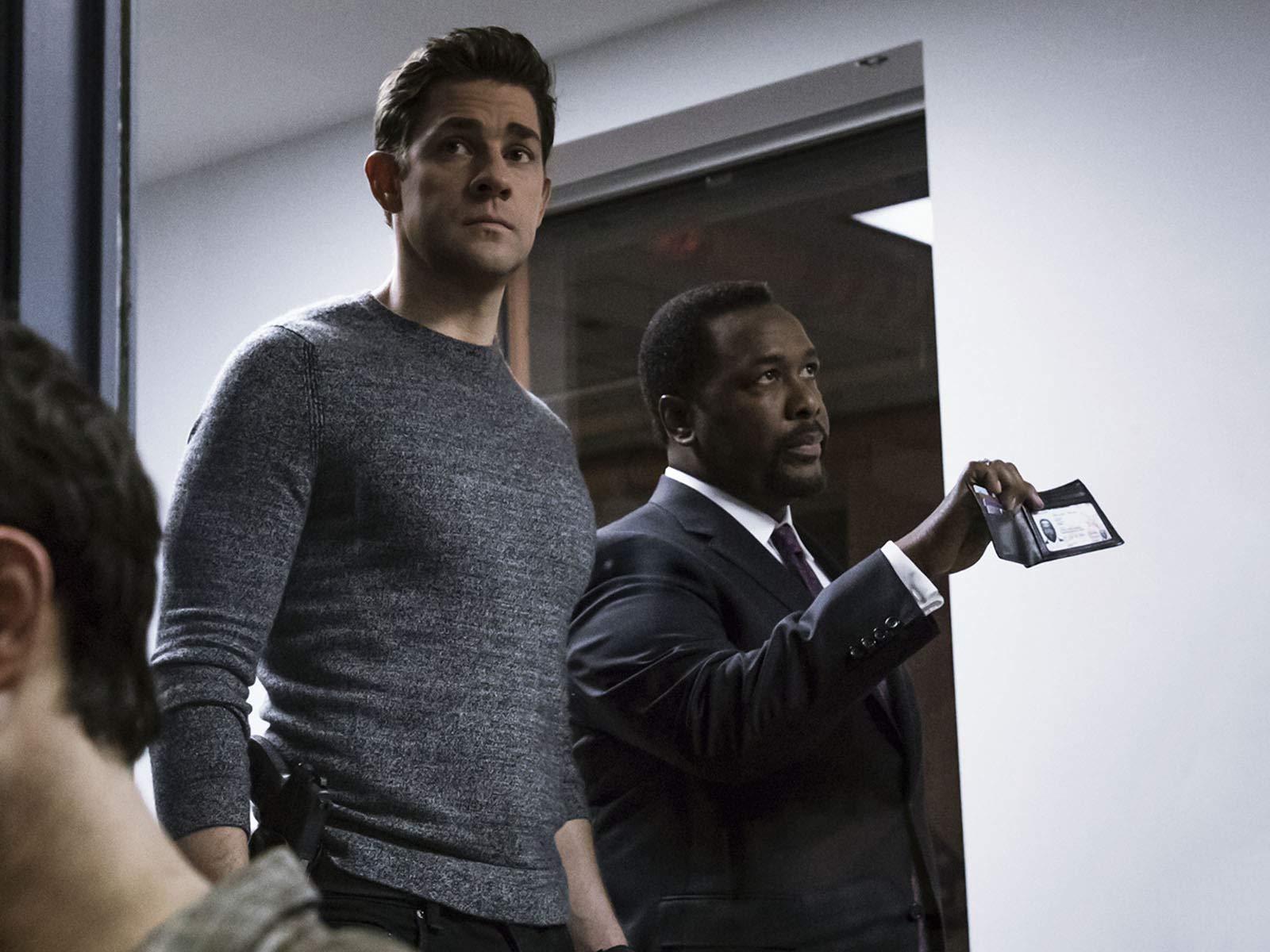 Slowly and steadily, as the story of the first season unwinds, we come to see that every character has played a critical role in bringing the story where it is now. Several events shape the life and work of these characters. We might not agree with their methods but we do get an understanding of their motivations. The final episode is a thrilling watch that makes Jack Ryan and his team run against a clock ticking towards destruction. With the help of Hanin, they come to know about Suleiman’s hiding place. A meticulous attack is planned to kill the terrorists, rescue the hostages as well as save Hanin and Suleiman’s son. They succeed in breaking in, but due to a mistake made by his children, Suleiman comes to know about the attack and runs away before they can catch or kill him. He finds his way into the United States to kickstart the final round of his plan that had been set into motion a long time ago.

His terrorist attack is two-tiered. One part of it is completed when the US soldiers rescue the hostages. The second part begins with the bombing of a restaurant. In the final episode, all the pieces come together and the story comes to a proper conclusion. Since there are so many characters in the show, let’s take a look at where they are after the season finale.

Suleiman and his family

Hanin, Suleiman’s wife, had grown suspicious of his work and decided to take away her children. She plans an escape when her husband is busy, but her son refuses to leave. Hanin runs away with her daughters but Samir notifies his father. This leads to a chase that allows godly interventions to save her and her children. By the end, she is reunited with her son. Previously, he had been in awe of his father and didn’t want to leave him. But after the hospital debacle, when his father uses his arrest as a distraction and runs away, he realises that his mother was right in wanting to run away. He gets a second chance by reuniting with his mother and sisters. His father, on the other hand, meets the fate that every terrorist eventually does. He runs away to find a signal to activate the bomb he had placed inside the hospital. He would have slipped away unnoticed, but Ryan spots him and chases after him. Suleiman is ultimately shot dead, unable to pull the trigger for the bomb.

Starting out with PTSD and struggling to adapt in the field after being pulled out of his desk job, the series ends on an exciting note for our protagonist. First of all, his personal life is in a better place. He hadn’t told Cathy about the true nature of his job when they first started going out. But when her own research crosses paths with his mission, she discovers the truth. She is angry with him at first. But later, comes to an understanding. The coming out of the truth also means that he can talk with her about his past and other things that trouble him, mentally, emotionally, and even physically. She is a doctor, she can help him through anything.

Next comes his professional life. Since this is his first field assignment and he has barely been trained for this, the mission becomes a learning experience for him. We see that his tendency to take the moral high ground often lands him in trouble, sometimes coming close to jeopardising the mission. Still, he proves to be adept at being a field agent. His exemplary work in the Suleiman case brings him a lot of attention and proves to be a great stepping stone in his career.

The Ending Scene: What Was in the File?

Due to the success of the mission, Greer gets back the faith of his superiors. He had fallen from grace after the incident in Pakistan. But now, he has gained back his reputation and is sent to Moscow, working as the chief of station. He bids goodbye to Ryan, saying something about “wanting the same thing for your brother as you would for yourself.” At that moment, Ryan doesn’t get it. But it becomes crystal clear when he is called into his boss’s office. He is offered to become the replacement of Greer. His boss gives him a file that Greer had left behind for him. In it, Ryan finds a note from him as well as a ticket to Moscow. He smiles and says “thank you, sir”.

This means that Ryan really is “a wolf”. All this time, he complains about the field job, and yet, excels at it. He tells Greer that he wants his mundanity back, but now that he has had the taste of real adventure, there is no going back for him. His smile clearly indicates that he doesn’t plan to be Greer’s replacement. In fact, he will join him in Moscow and chase another terrorist, save the world from another threat. He can’t be held behind a desk job now, no matter how high up in the echelons it gets him. No matter what he says, he wants to be a field agent. And this is just the beginning of all the exciting times in his life.